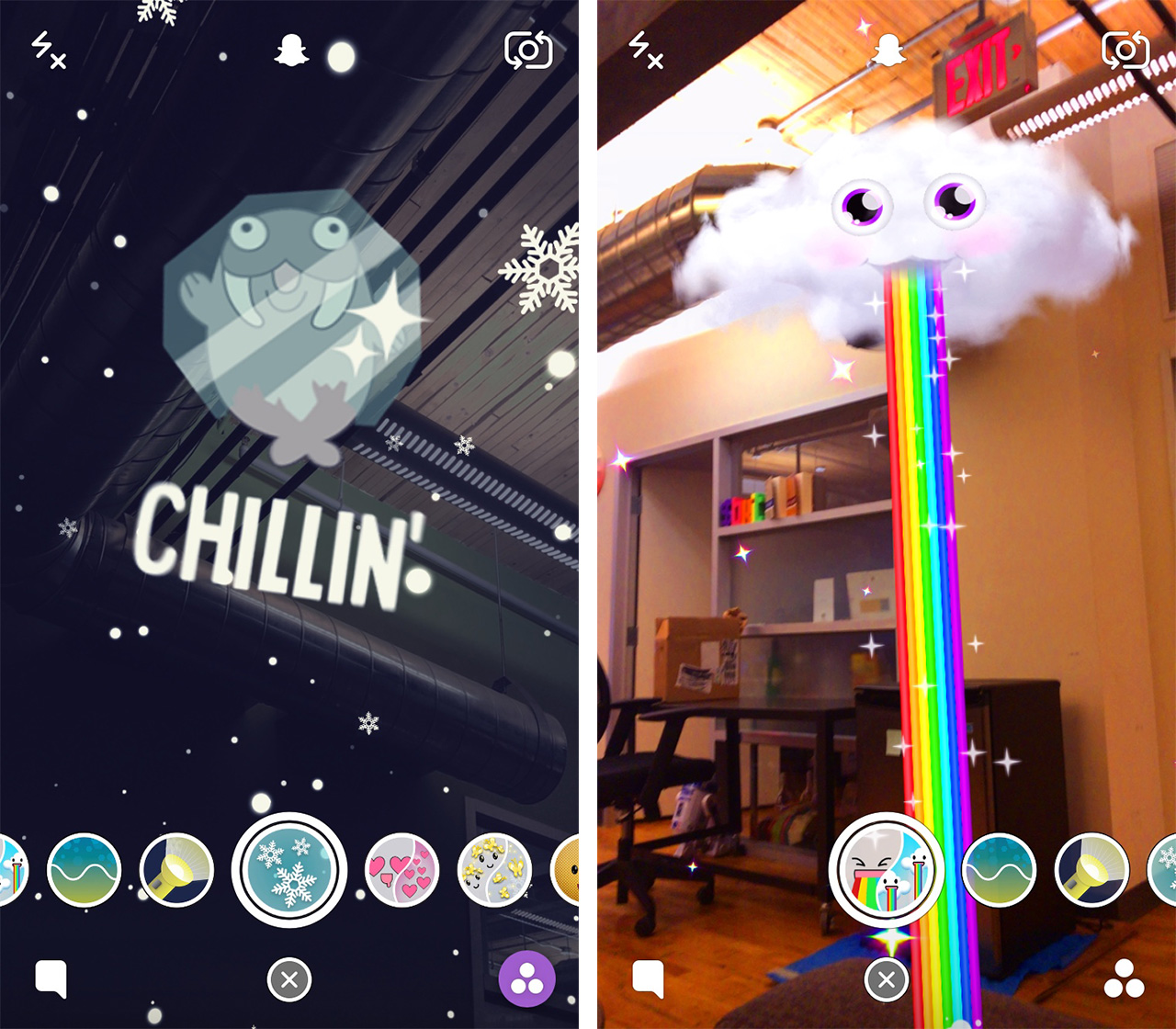 Snapchat unveiled a new feature today called World Lenses, which unlike it’s popular Selfie Lenses, change a user’s surrounding environment. The new feature is activated when you tap anywhere on the screen with the rear camera running.

Currently, there are only seven new filters available, including an election filter for those in the United States. Some of the others include a rainbow cloud, a fish frozen in ice, exploding hearts, a disco scene and butterflies.

Reports indicate that these augmented reality specs could potentially work on the company’s Spectacle glasses, which allow users to record video clips to share on the app.

While there isn’t a set release date for Spectacles, today’s update also added a page in the app to pair Spectacles with the app.

Related: Snapchat Spectacles can record 10-second videos, will retail for $130