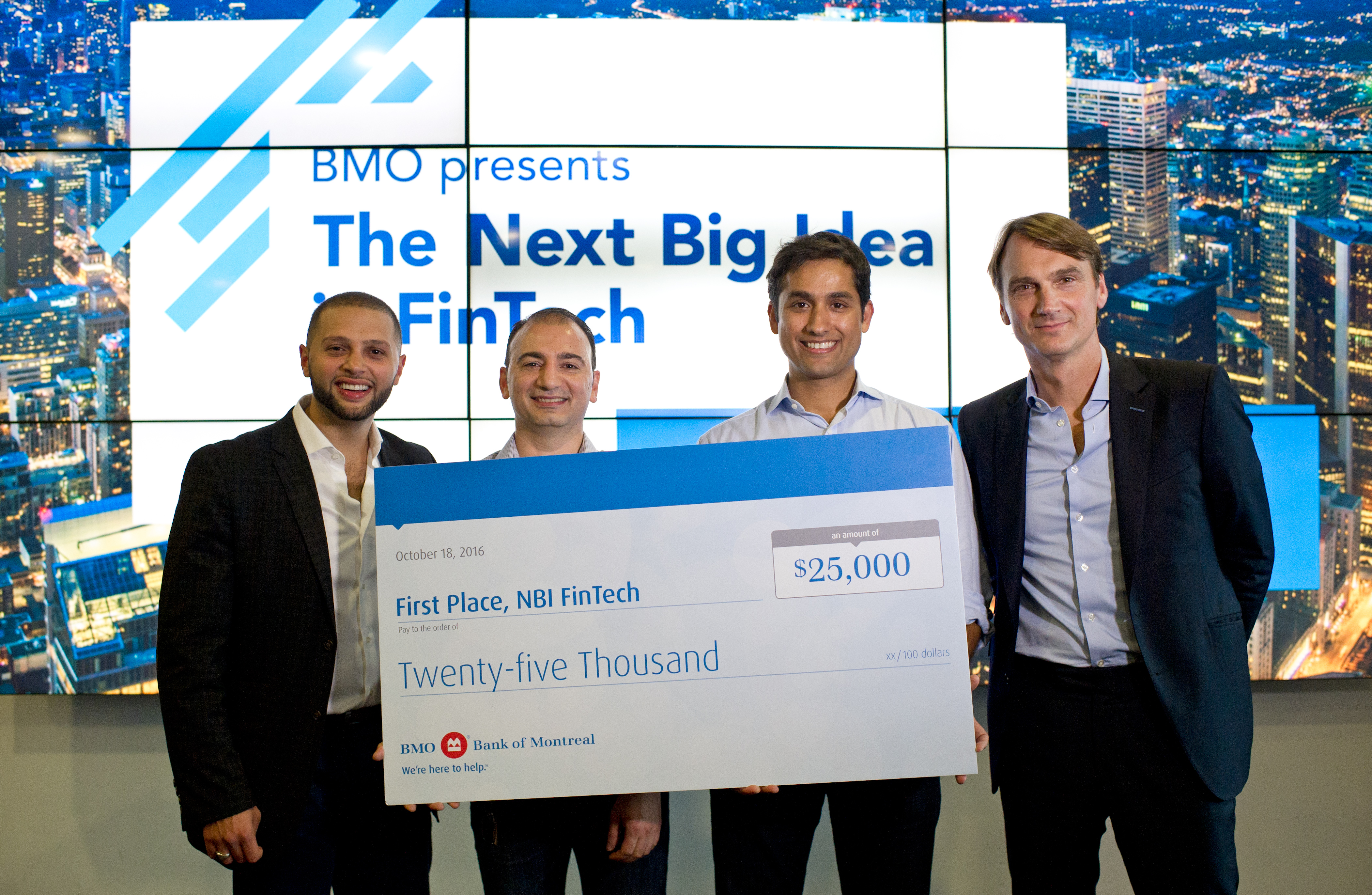 Large companies have expressed an interest in partnering or working with Canadian fintech startups to keep pace with the influence of technology on the market, though there are some areas that are still awaiting disruption.

Toronto’s DMZ, North America’s number one university incubator, along with BMO, have hosted the “Next Big Idea in Fintech” competition over the past four months, and just this week, revealed a winner.

After months of mentoring, pitching, adapting and changing, Zensurance was awarded first place and a $25,000 to help jumpstart their business plan.

Zensurance founder and CEO Danish Yusuf said in an interview that he and his team learned a lot by just being at the DMZ. The face-to-face time with mentors, investors and potential customers was invaluable, he said.

“Not only are the large companies looking for startups, but investors see the potential for return,” he explained.

Zensurance is a curated insurance package provider for startups and small businesses. The entire process can be managed through an online platform. He and his team are looking to use the $25,ooo as well as a nearly completed funding round to hire more developers, so they can ensure the best possible online experience for their customers.

However, the process of buying insurance for Zensurance itself was extremely difficult, said Yusuf. More importantly though, it felt outdated.

“Most millennials don’t like printers, we don’t like cheques and we don’t like mailing things but I had to do all three,” he said. Even after all that, it took two weeks in total to insure his company.

He concludes that legacy technology, legacy thinking, and legacy brokers are some of the reasons why the insurance industry has lagged behind other more adaptable industries. It’s not the only one that faces this problem though.

The second-place and third-place winners came from entirely different industries. Dwello, second place, is a platform for landlords and property managers to automate the process of paying rent. FormHero, third place, replaces PDFs and paperwork with a customer-focused dialogue that finds and fills out the right forms.

Canadian fintech is growing, but is still behind larger markets

When asked about his thoughts on the Canadian fintech industry, Abdullah Snobar, the Executive Director of the DMZ, stated that while Canada is still behind, it won’t be for long.

“We’re definitely not where we need to be, but I’ll tell you one thing. We have all the things we need to get there,” he said.

Currently, the trend in Canadian fintech leans towards early acquisition of startups by large companies. Snobar argues that the DMZ is looking to facilitate sustainable businesses who’s main goal is growth, rather than a potential acquisition.

He goes on to say that there’s a reason why fintech startups — and startups in general — have been so successful over the last few years. When a company becomes too large, it becomes harder to inject innovation across its many branches and departments. What’s more, it becomes more difficult to do it quickly.

“Part of the reason why the startup world has been so successful is that startups and people within startups can do things faster, better and cheaper,” he said.

Snobar concludes however, that Canadian fintech is just getting started.