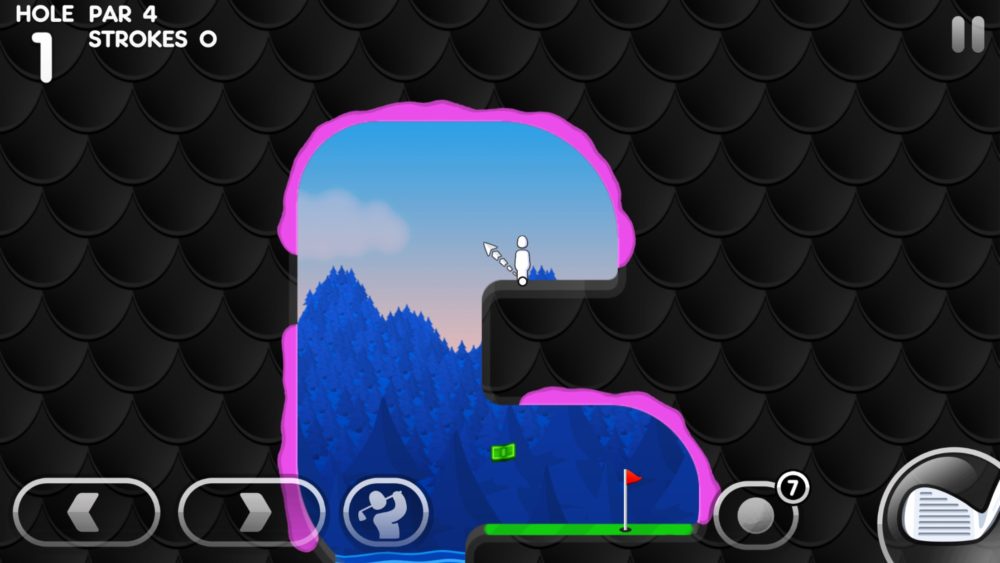 For the most part SSG3’s gameplay amount to exactly what you’d expect from a 2D physics-based golf title, though this entry in the series features a level of polish rarely seen in the genre. Where things differ from the first two entires in the series relate to the game’s new ball spin mechanic, which adds an additional level of depth to SSG3, but in some ways also makes the game significantly easier.

If you’re shot is short on the green, apply a bit of forward spin to get the ball in the hole. Likewise, if your shot lands dead, add a little backspin. This means that shots that would normally fall just short of the hole, now have more of a chance of hitting their mark, especially if your shot is slightly off. Of course, since the game is largely physics based, spin can be applied even when banking the ball off various objects.

The game features 20 courses at launch, each with its own set of goals and either a bronze silver or gold score. There’s also a ‘clean ball’ score that awards additional points for getting par without the use of power-ups, an act that’s often easier said than done.

As with many mobile releases, Super Stickman Golf 3 is free-to-play, though as far as I’ve been able to tell, in-app purchases aren’t necessary to move through the game and only work as bonuses for impatient players.

The game’s popular multiplayer modes also makes a return this time around, with Race Mode standing out and acting as a fun take on the game’s original concept. In this game type, players take on courses in a different way and utilize specific power-ups that push the game forward faster than in its typical turn-based mode. 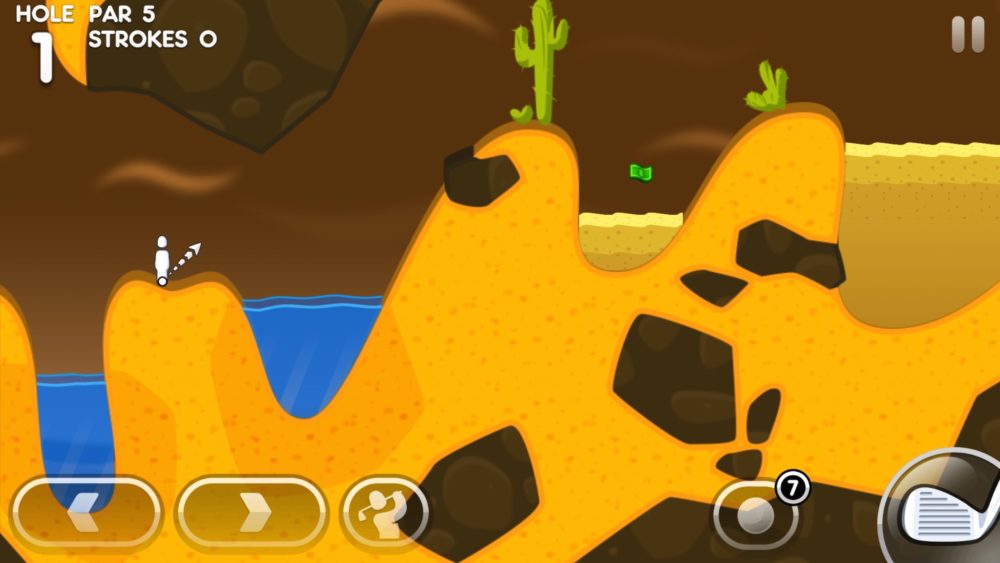 Make no mistake, Super Stickman Golf 3 is a shift forward for the series that’s definitely worth checking out.

Super Stickman Golf 3 is available on iOS and Android.

Related reading: Dots & Co lets you connect the dots [Game of the week]