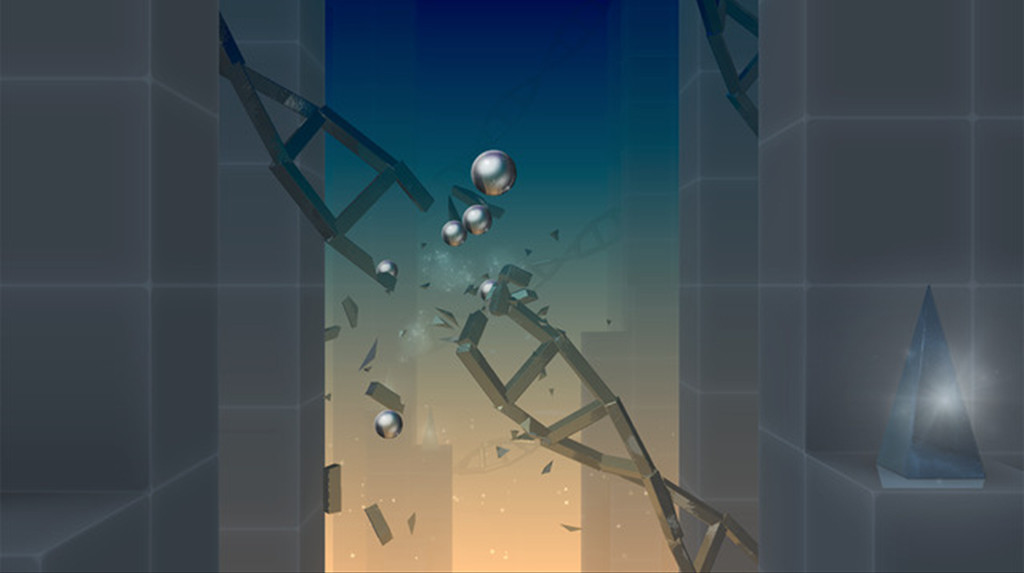 Over the past few months a simple game called Desert Golfing has slowly become my go-to time-killing title.

It features no menus and minimalist graphics that look they were pulled from an Intellivision title lost in a 1983 time warp – but Desert Golfing is where the future of mobile games should be headed.

At first glance, Desert Golfing doesn’t seem like much, especially if you take the game’s name at face value. Golfing and a desert sounds like a boring combination. The game tasks the player with sinking a ball in a hole with a little flag beside it, and nothing else. You tap the screen, drag a little white line behind the ball, indicating how much force you want to put behind your shot, and let go. 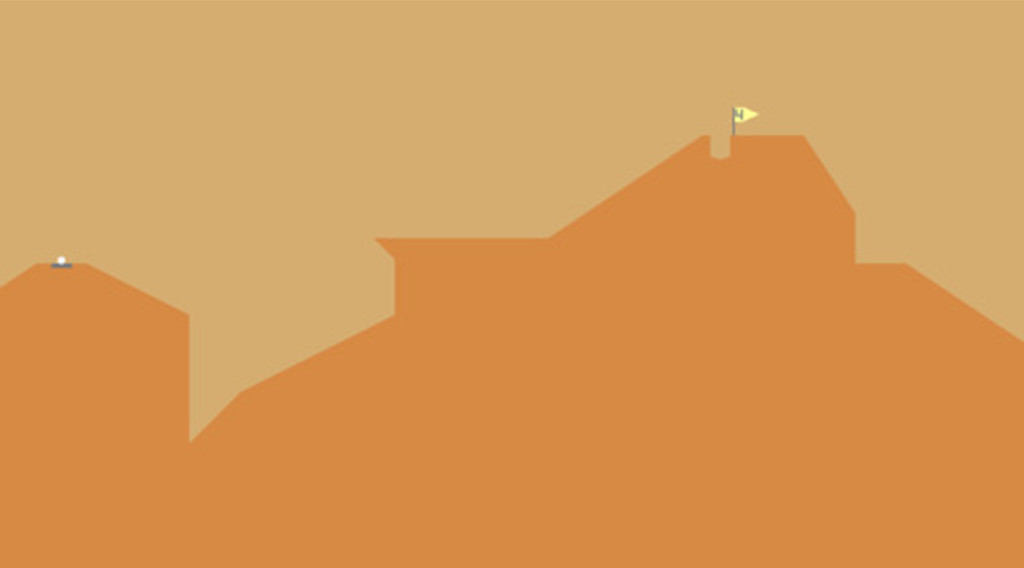 Your ball bounces, glides and lands somewhere else on the course, likely not where intended, at least until you gain a better understanding of the game’s delicate physics. But make no mistake, sinking your shot in Desert Golfing won’t happen through brute force. Instead it requires finesse, forward thinking and on almost every hole, a dash of luck.

And here’s why this type of stripped-down gameplay should be the future of mobile gaming. When it comes to gaming on your smartphone, the best titles are often extremely basic, so much so that their simplicity might be a little off-putting at first.

They don’t try to emulate the kind of gaming experience you’d find on console or dedicated handheld gaming device, and instead, acknowledge and work within the limitations of the platform. This type of game is aware it’s the kind of title you’re going to pull out on the bus, subway or while waiting in line for a coffee. 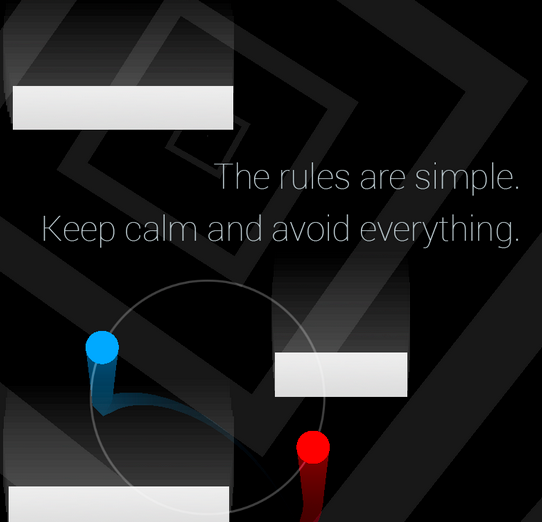 That’s not to say that deeper experiences shouldn’t land on mobile devices, but dedicated handhelds like the 3DS and PlayStation Vita are more suited to these types of games, and this is a big part of why – despite the doom and gloom surrounding portable game consoles – smartphone and tablet gaming will never completely eclipse dedicated handhelds.

High-end games like GTA: San Andreas and ports of other console titles – the Sonic franchise, Final Fantasy games and NBA Jam instantly come to mind – might handle competently on your smartphone, but the experience these mobile ports provide can’t compare to simplistic titles designed for mobile from the ground up. The lack of a dedicated input device that isn’t a touch screen is also a factor. Of course you could bring an Android gamepad with you to play games like this on the go, but that also defeats the purpose of pick-up-and-play gaming.

There are very few menus and no complicated tutorials in a game like Desert Golfing. Instead, the title’s concept is simple enough that the player can pick up the game for the first time and understand exactly how to play. 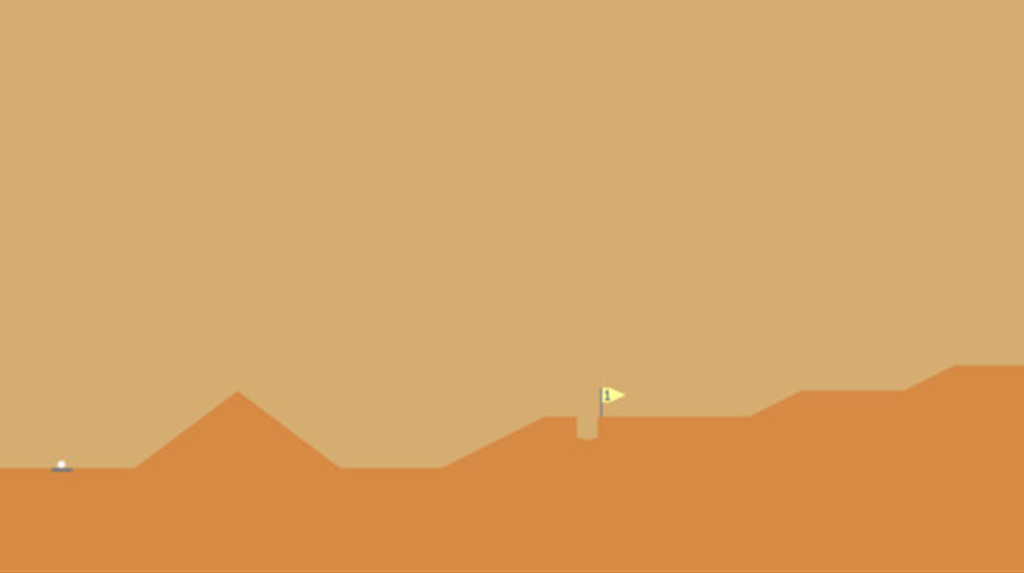 This is where the next step comes into play. Games like Desert Golfing seem simple at first, but there’s actually substantial depth to them. When do you go for a two-shot, or a three-shot, rather than hit the ball as hard as possible, hoping it randomly lands in the hole? When does it make sense to bank the ball off the level’s rolling hills and jagged cliffs, in order to meet your mark?

Understanding the game with this amount of depth can only be achieved when the player has invested a significant amount of time in the title.

And Desert Golfing isn’t alone in this simple, pick-up-and-play on-the-go mentality. Impossible Road is another game that’s easy to try but difficult to master. At first, rolling your ball down Impossible Road’s never-ending path is frustrating, but not “impossible.” After a few hours with the game, though, most players will pick up on many of the title’s intricacies, such as bouncing between platforms, allowing you to achieve much higher scores.

Then there are titles like Smash Hit, that might not be as minimalist as Impossible Road or Desert Golfing, but still opt into the “simple” mobile gaming ethos.

However, there’s a little more to Smash Hit than Impossible Road or Desert Golfing: Individual levels, managing the number of balls you have left, and a menu system. But the idea of a simple overall premise is still present.

The mind-bending game that is Duet also falls into the minimalist category – it’s simple to pick up and play, but to truly understand the game takes many hours.

You could even consider games like Flappy Bird, Swing Copters or even Angry Birds (although I’m not a fan of those titles) to be part of this list, although later Angry Birds iterations complicate the game’s once-simplistic formula significantly.

But back to Desert Golfing. The game features a level of permanence to each shot that’s rarely present in mobile gaming, putting the game in a league of its own in terms of simplicity. You can’t repeat a shot and your score is constantly increasing. The only way to reset the game is to delete the app and restart from the first hole.

It’s also unclear how many holes are even in the game and if its developer, Justin Smith, designed each course by hand, or if he created some sort of algorithm that randomly generates every level (it seems courses were handmade up to a certain point).

Mobile developers need to take a page out of Desert Golfing, and other similar titles’ playbooks, rather than try to imitate the type of experiences available on more traditional gaming consoles. Over the last few years mobile gaming has come into its own and is one of the industry’s marquee platforms – imitating the experience available on other devices is no longer necessary.