Gear 360 Hands-on: Samsung finally lets its 360 camera out to play 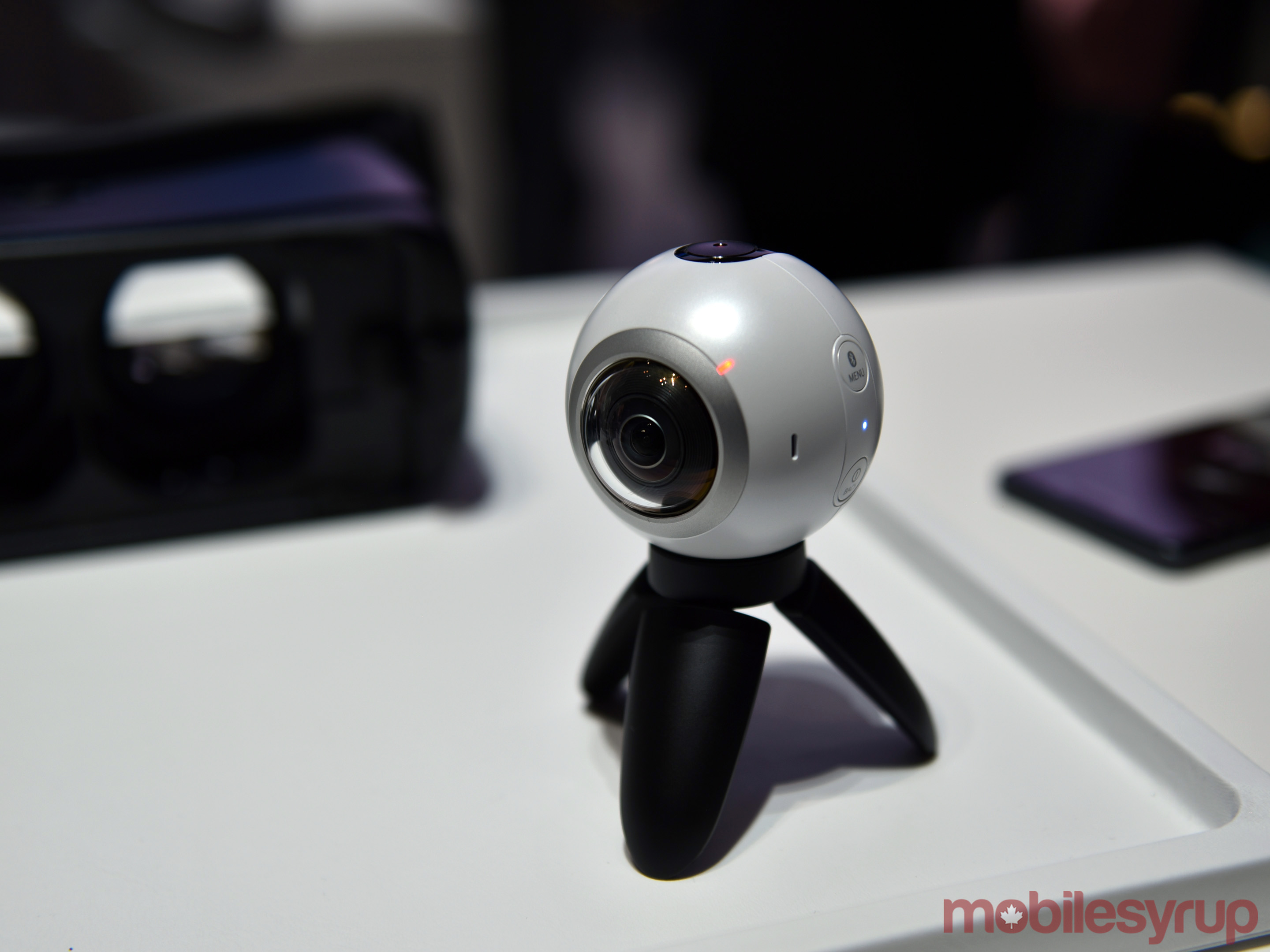 After unveiling the Gear 360 camera back in February during Mobile World Congress in Barcelona, Samsung is finally bringing the product to market on August 19th, coinciding with the launch of the new Galaxy Note 7 and an updated Gear VR headset.

The company had previously indicated the launch would be “later this year” without committing to month or quarter, though it was thought it might take advantage of the summer months and release it earlier. The camera comes at a timely juncture, as virtual reality and 360-degree video slowly gains popularity.

It doesn’t appear Samsung has changed anything significant in the final design compared to what was shown back in February. It utilizes two 195-degree fisheye lenses with f/2.0 apertures on each side, both capable of shooting 4K video and 30MP still images. The two spherical images can then be automatically stitched together after being transferred to a compatible Samsung phone, whose processor does all the heavy lifting.

It wasn’t immediately clear if other Android devices would be added to the compatibility list, but Samsung has cut others out. Officially, only the Galaxy S7, S7 Edge and Note 7 appear to have made the cut, though workarounds to make other handsets compatible too. When we get a hold of a review unit, we’ll put that to the test.

The form factor is entirely different from that of the LG 360 Cam and Ricoh Theta S, which each have upright designs that make them much more pocketable. Instead, the ball-shaped Gear 360 is more like the 360fly, and comes with its own small tripod that can act as a modified monopod when the legs collapse together. Holding it this way may have a secondary benefit of capturing less of your hand in a 360-degree image, whereas an upright design could make hands or fingers more visible. We would have to test the Gear 360 to make sure, however.

Unscrewing the tripod reveals a standard screw mount that can work with any other standard tripod or monopod, making it easy to deploy this camera anywhere. Naturally, the Wi-Fi Direct connection between the phone and the Gear 360 allows users to control shots like a remote, with shutter and record buttons on the app. A Share button for social media also shortens the steps to post to sites or apps that can display the photos or video. YouTube is an easy one, and any content shot on the camera and stored on one of the compatible Samsung phones can be immediately viewed in either Gear VR headset.

The outside of the device appears to be unchanged. The record and stop button and status indicator LED are at the top. Menu and Back buttons are on the side. The other side has a door to a compartment for the battery, memory card slot and microUSB port to charge the camera. Any suggestion Samsung might pull an 11th hour move and switch to USB-C in time for launch appear to be all for naught.

Battery life amounts to about 2.5 hours of “heavy usage,” and storage is limited to up to 128GB for microSD cards to store the captured footage. It appears, at least initially, that the Gear 360 can output better image quality than the LG 360 Cam. The resolution appears to be higher, with sharper and more saturated tones. However, viewing it on a Super AMOLED display may have tricked my eyes a little, so I will reserve final judgment until I get to see the final results on more than one screen.

It will also be interesting to see how the capture and processing sequence can handle more challenging shooting scenarios, like movement or low-light settings. Samsung didn’t have much to offer in real-life examples, so it’s hard to glean anything in that regard.

Being somewhat water-resistant is a nice perk for the Gear 360, and relieving to note in case of an accidental spill. It officially has an IP53 water and dust-resistance certification, which is only a light form of protection. A few raindrops or a small spill are fine, but this is definitely not for surfing or watersports without some kind of waterproof case.

The Gear 360 will be available in Canada on August 19th, first at Samsung’s own retail stores, and then at other retailers that have yet to be revealed. The company says it will have more information to share on that in the coming weeks. A final price taking the exchange rate into consideration hasn’t been confirmed, but it is selling for $349 in the United States.