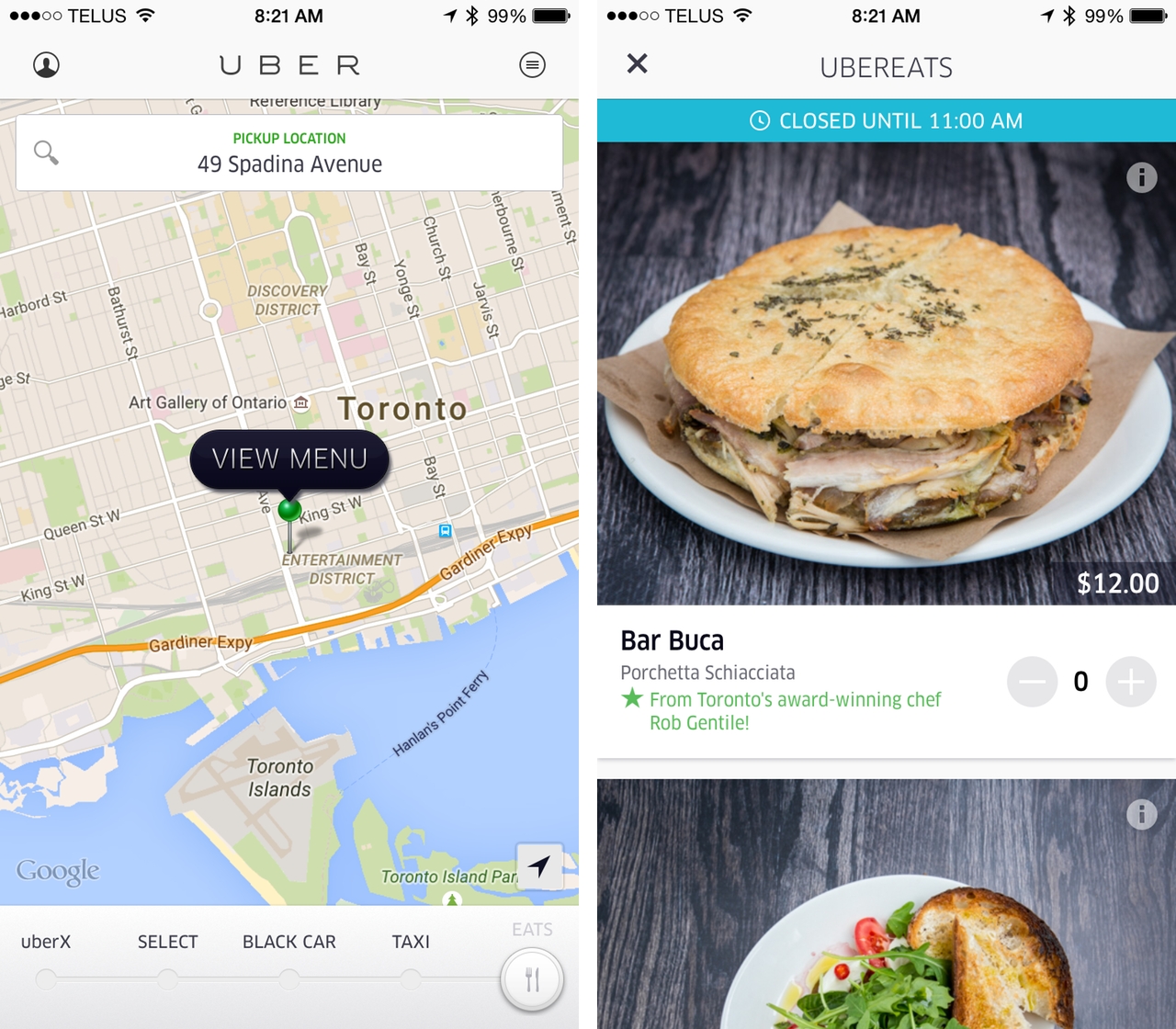 UberEats, Uber’s on-demand food delivery service, has gone live in Toronto. MobileSyrup brought you the news exclusively last month after receiving word from a number of local restaurants that the company was recruiting menu items for an imminent launch.

Every day, a new restaurant or menu item is dispatched, and the company says that they are adding new ones all the time. The first restaurant, Bar Buca, is serving Porchetta Schiacciata sandwiches, Pomodoro Salad and Cannoli Siciliana for $12, $9 and $3 respectively. All of these items are relatively quick to make, or can be created beforehand and driven around until someone orders.

To use UberEats, customers enter the Uber app on iOS or Android and slide the growing car selector over to Eats. As long as the person is within the delivery area, which is right now just the downtown core, they are able to put in an order. Payment and tip, like a regular Uber ride, is taken care of with a credit card, so no money changes hands. The service is only available between 11am and 2pm Monday to Friday, but the company says it plans to expand that window, and its delivery area, shortly.

Toronto is just the fourth city to launch UberEats in North America after Los Angeles, New York and Chicago. Today’s launch entitles users to free delivery within the city for the next two weeks.