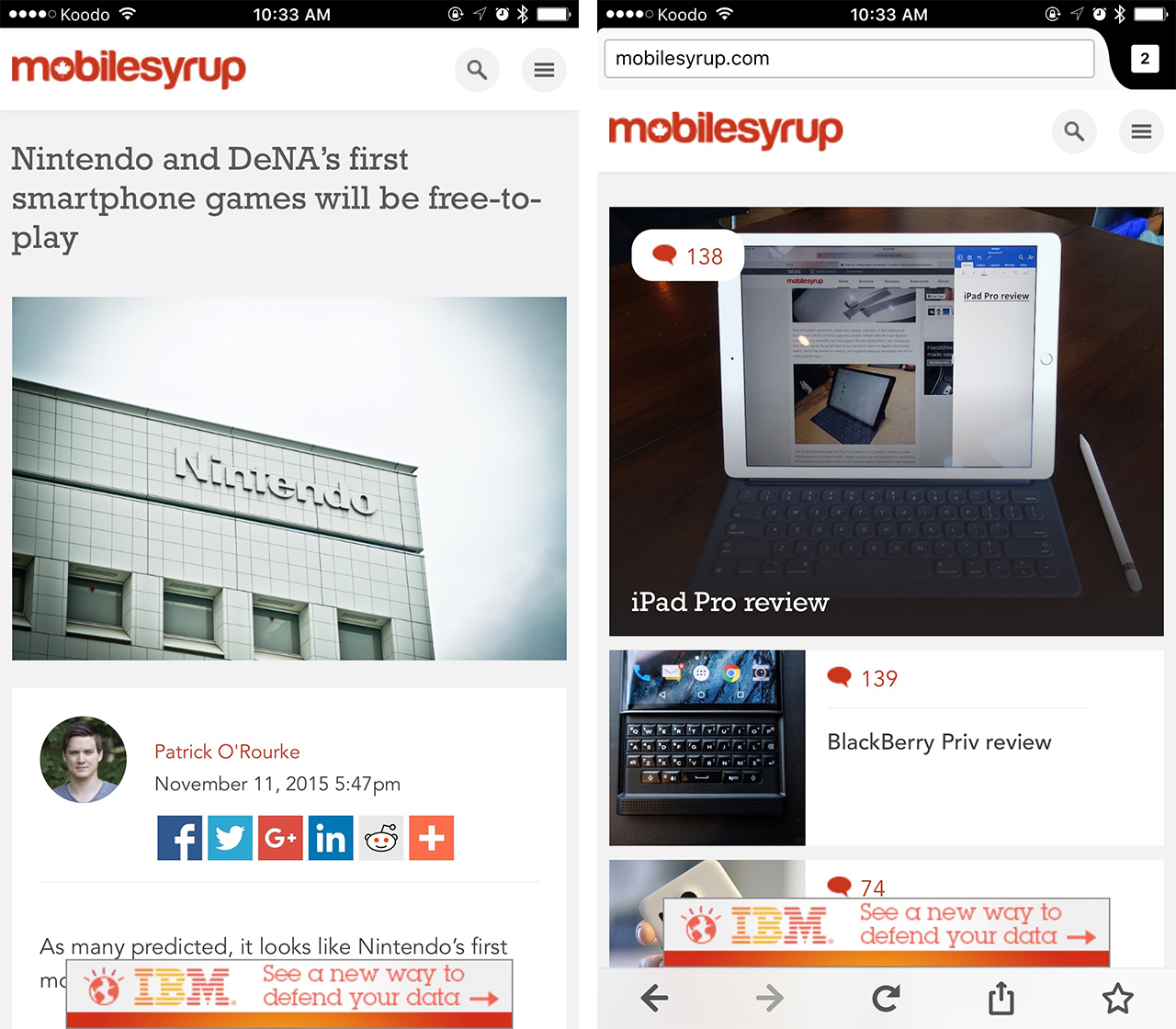 After years of waiting Firefox has made its way to iOS.

Back in 2010 Mozilla released an app called Firefox Home for iOS but this application didn’t include a real mobile web browser. Instead it took advantage of Firefox Sync in order to pull in bookmarks and browser history from the desktop version of Firefox. After roughly two years on the iOS App Store, Home was eventually retired in 2012.

Then in 2014 Mozilla announced plans to bring a real version of Firefox to iOS. Today we’re finally getting our hands on the app. Firefox’s iOS features are similar to its desktop counterpart and include Firefox Sync, an “omnibar” address box, as well as various customizable UI tweaks. Rather than use Firefox’s popular Gecko engine the iOS version of the popular web browser takes advantage of iOS’ WebKit layout engine.

While I’ve only spent a brief amount of time using Firefox, web pages load just as quick as they would in Chrome or Safari. The app will likely appeal to Firefox desktop PC users interesting in syncing their bookmarks and tab histories across multiple browsers.

Download the iOS version of Firefox at this link.