Apple will reportedly begin selling the iPad Pro on November 11 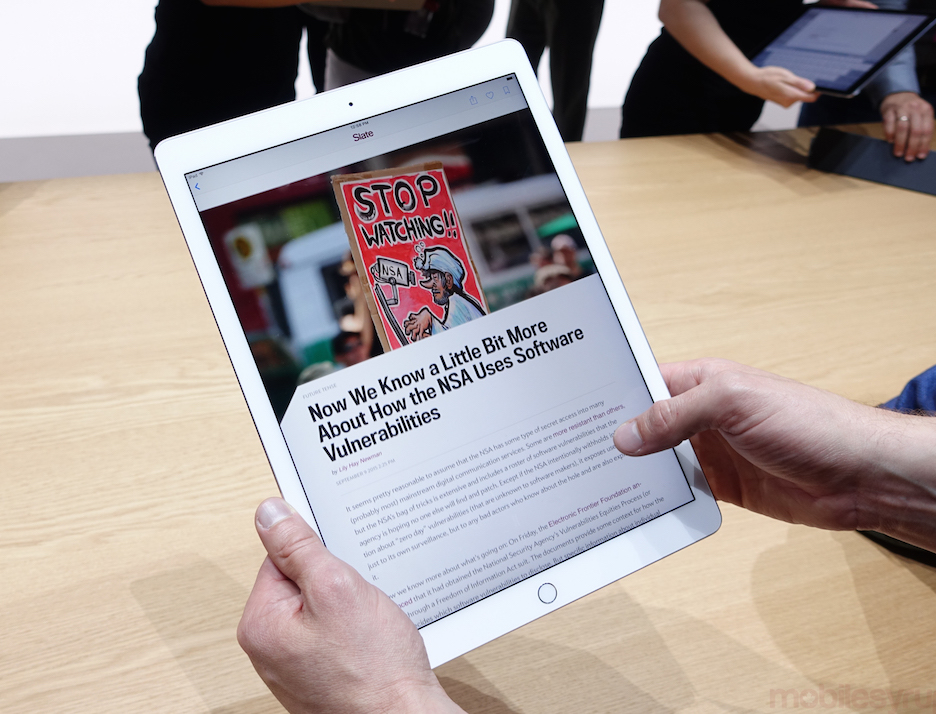 Apple will start selling its new enterprise-focused tablet, the iPad Pro, in the United States on Wednesday, November 11, according to 9to5Mac‘s Mark Gurman.

Apple announced the iPad Pro at its marathon iPhone 6s keynote this past September. During the presentation, the company said the 12.9-inch tablet would ship sometime in November, but failed to give an exact date.

Likewise, Apple has yet to reveal Canadian pricing. The company’s reason for doing so likely stems the fact that, as with its with its new set-top box, the company anticipated the Canadian Dollar to continue its precipitous fall.

We’ve contacted Apple to inquire about Canadian availability and pricing. This story will be update when we  hear back.