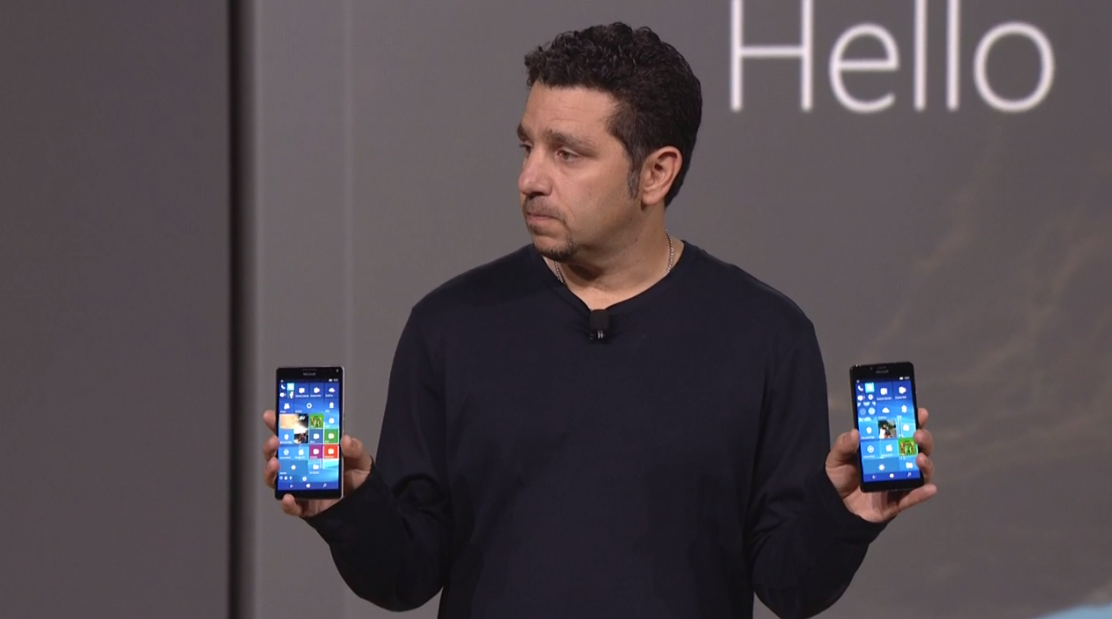 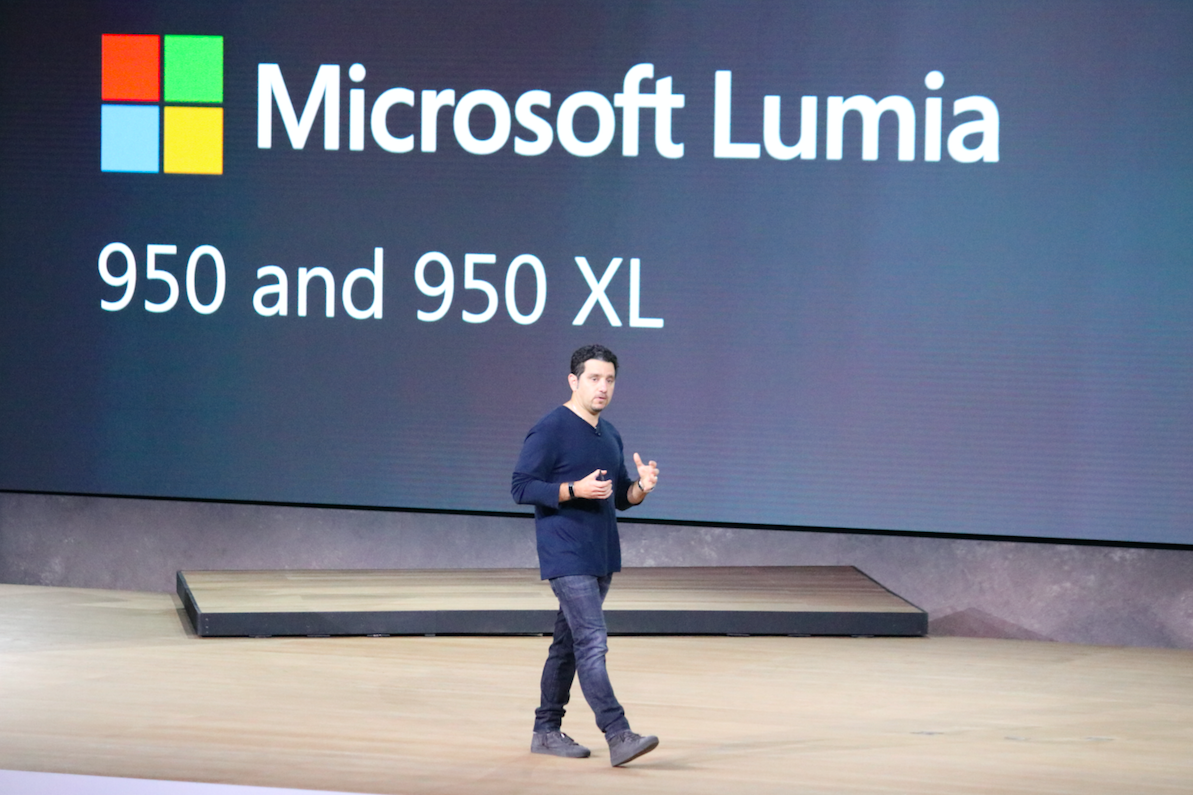 The phones include two adaptive antennas, allowing to maintain the best connection possible at all times, and the latest Qualcomm SoCs. The 5.7-inch 950 XL features an octa-core Snapdragon 810 processor, while its smaller 5.2-inch sibling features a hexa-core processor. Speaking of displays, both feature 2,560 x 1,440 OLED screens. 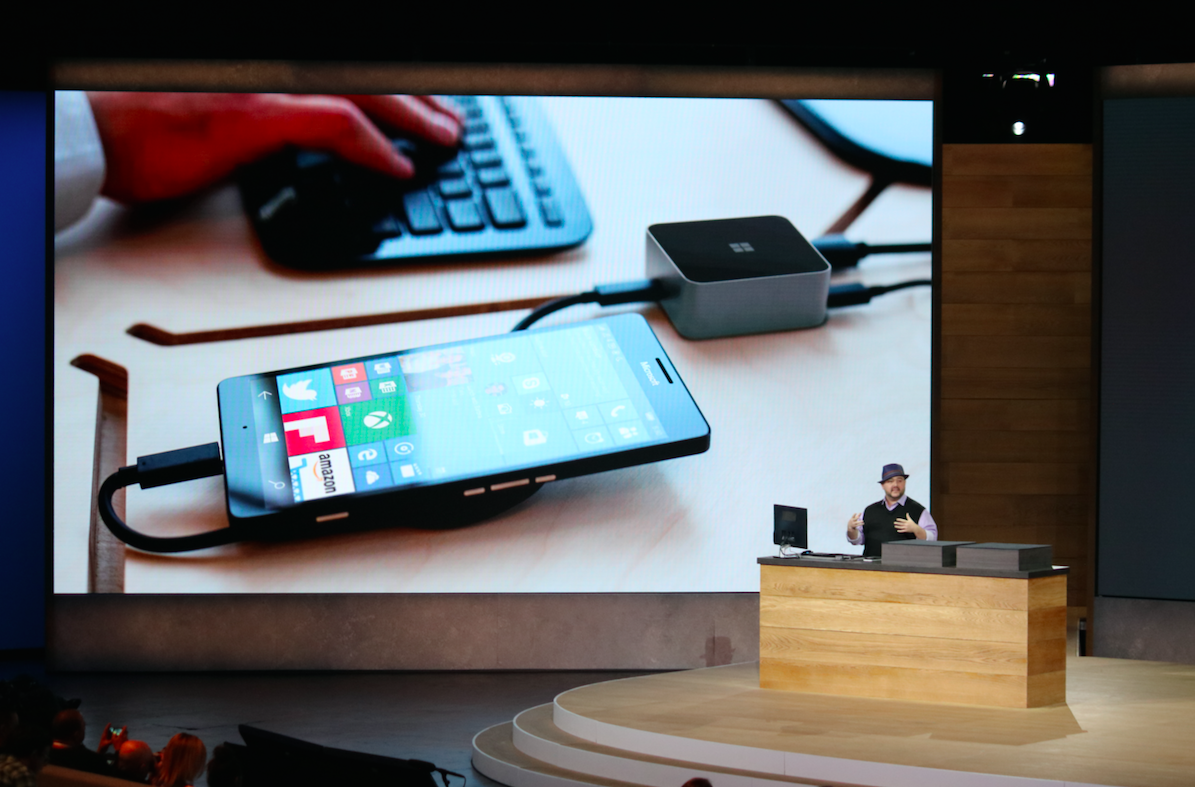 According to Panos Panay, Surface vice president, both devices include excellent 20-megapixel PureView rear-facing shooters. Moreover, they feature triple LED flash — for low light shots that don’t result in “people looking like ghosts,” as well as optical image stabilization. The cameras are also able to capture 4K video, and there’s even a dedicated button for operating the camera. Both devices will ship with 32GB of internal storage, as well as the option to expand storage by an additional 2TB with an onboard microSD slot.

With both phones shipping with a USB Type-C port, Panay says each phone is phone able to charge to 50 percent in about 30 minutes. Additionally, they’re able to transfer data at 5Gbps.

Both devices will be available in November, starting at $549 USD. We’ve contacted Microsoft to find out about Canadian pricing and availability.

The company also demoed the Microsoft Display Dock, a dock for both devices that features HDMI and Display Ports, as well as three USB ports for accessories. The dock, using Continuum, allows one to use their Windows 10 Mobile device as a Windows desktop. During its keynote, the company showed one of the phones running a desktop monitor and being operated with a keyboard and mouse. The company also noted that it’s possible to plug in a USB thumb drive and move files to it from the phone, much like one can do on a desktop.

The company didn’t unveil pricing for the Display Dock during its keynote, but once again we’ve contacted Microsoft to find out how much Canadians can expect to pay to use their Lumia phone as desktop replacement.

Update: The Lumia 950 and Lumia 950 XL will officially launch in November. Microsoft has confirmed to us that it will be available in Canada in December at $749 and $849, respectively.

Lumia 950 discounted by $100 at Microsoft Store