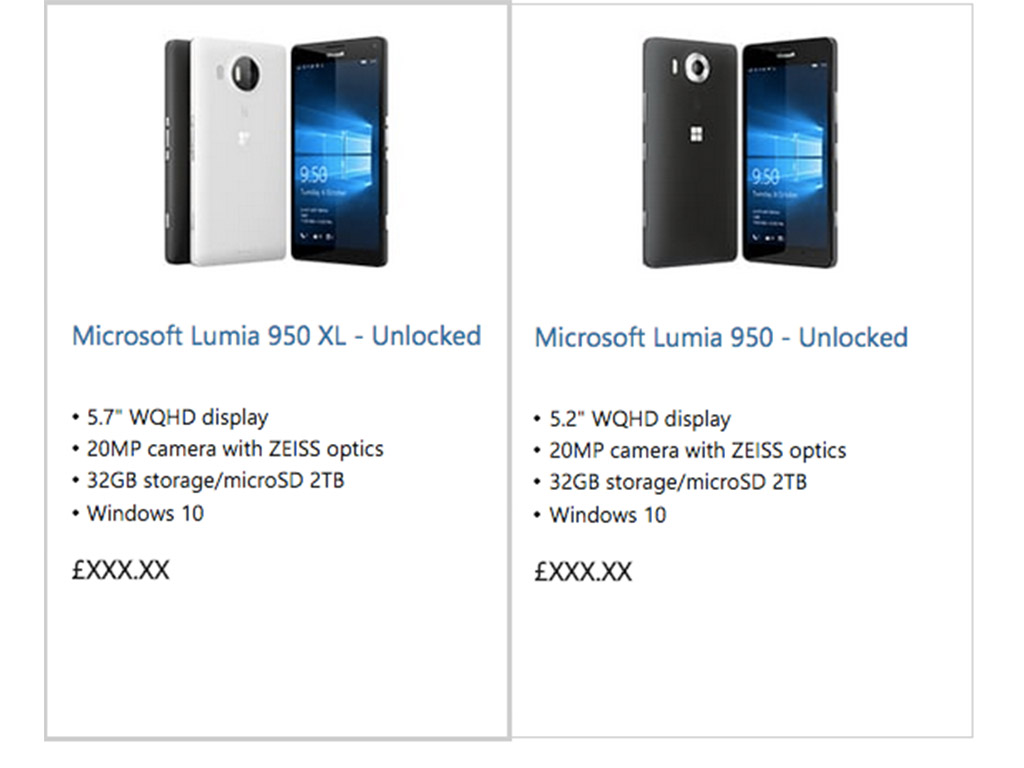 It looks like someone at Microsoft slipped up and posted two of the company’s often-rumoured Windows 10 Mobile Lumia devices online.

Both the Lumia 950 and its larger brethren, the Lumia 950 XL, were briefly listed on the Microsoft Store this morning, in the process, confirming many of their leaked technical specifications.

It’s expected that Microsoft will officially reveal both devices at the company’s upcoming Windows 10 keynote presentation on October 6 at 10 a.m. in New York City.

The Lumia 950 XL also reportedly features a Snapdragon 810 processor, 5 megapixel front-facing camera and a 3300mAh battery, although these technical specifications were not listed on the Microsoft Store. The Lumia 950 is speculated to come equipped with a Qualcomm Snapdragon 808 processor and a 3000mAh battery.

In terms of other rumours, speculation indicates Microsoft’s Lumia 950 XL supports the Surface Pen, as well as the company’s Windows Hello feature, which unlocks devices by analyzing the user’s face, similar to a fingerprint scanner.