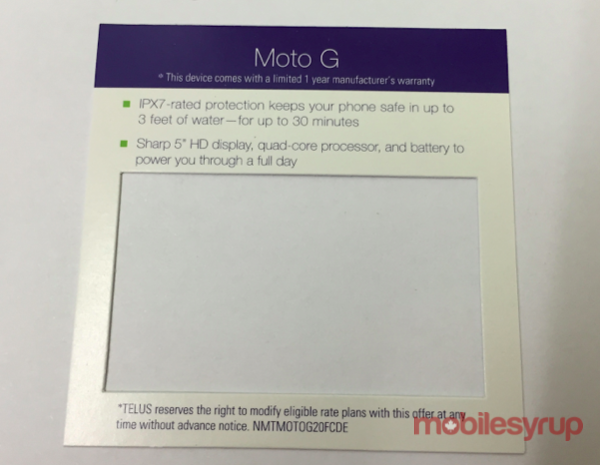 Following up to our previous report of the Moto G (2015) coming to Canada, we can now confirm this entry-level Android will be heading to Telus and also come with a “battery to power you through a full day.” In addition, this price card has appeared at retail locations ahead of the official announcement and reveals the Moto G will also sport a 5-inch HD display and a quad-core processor.

Earlier this week we informed you that Motorola will be releasing the new Moto G with IPX7 certification, which will give you added security of knowing the device is “safe up to 3 feet of water — for up to 30 minutes.”