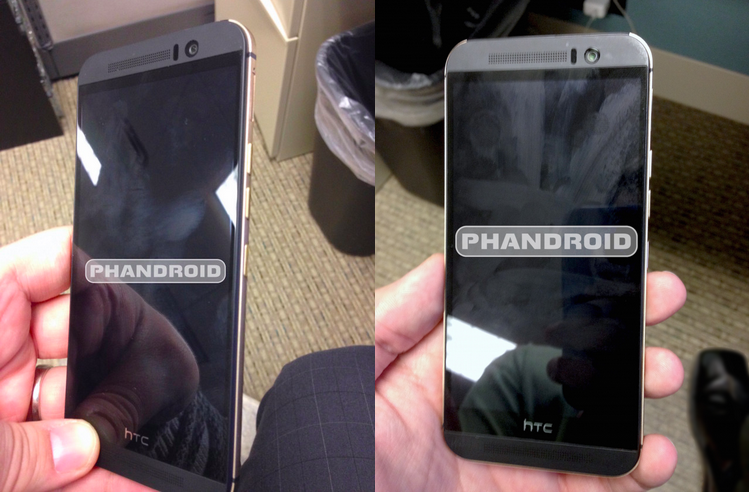 The positioning of a power button may not seem like a massive deal in terms of smartphone design, but anyone who’s used a few different devices probably has an opinion on the location they prefer.

Regardless of your preference, it’s extremely annoying when you upgrade to a device that has it’s power button located in a position that you’re not used to. If you’re an HTC One M8 (or M7) user and you plan to upgrade to the newest version once it’s available, prepare yourself for a few days of frustration.

The latest leaked photos comes to us by way of Phandroid, which credits a source close to HTC in publishing them. They show us what we already know about the new HTC One, which is that it almost identical to this year’s One M8. However, there is one key difference, besides slightly thinner bezels and a potentially massive change in the phone’s camera technology. According to these newest photos, the power button will move from the top of the phone to the right side, underneath the volume rocker.

Thankfully, there does seem to be a larger gap between the power button than the space separating the volume up and volume down keys (which is not the case on other devices, like the Nexus 6). Still, we’ll have to wait for a demo before we make a call on how often that button gets pressed by accident, though.

Design aside, Phandroid reports that its source was also able to confirm that the newest HTC flagship will be based on the Snapdragon 810. This is the same SoC powering the LG G Flex 2 and the chip that Samsung is apparently having overheating problems with for the Galaxy S6.

HTC One M8 vs. HTC One M9 in photos and video