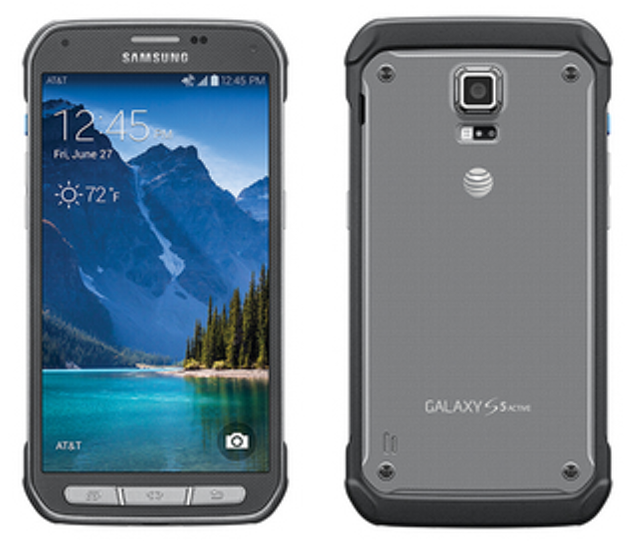 According to an email we just received from TELUS, the Galaxy S5 Active is launching today, the same day as the BlackBerry Passport. News of TELUS’s plans to launch the S5 Active hit back in August. The device was announced earlier this year, and is a rugged version of the company’s flagship Galaxy S5, which debuted at Mobile World Congress.

The Active is identical to the Galaxy S5 under the hood, but features a robust exterior with a hardened rubber lining on the sides and back, and an IP67 rating for dust- and water-resistance. It’s also Mil-Spec810G certified for protection against humidity, heavy vibration, and medium-force impact.

Just in case your memory needs jogging, the S5 Active packs a 5.1-inch Full HD Super AMOLED display, a 2.5 GHz processor, 2 GB of RAM, 16 GB of internal storage, a 16MB camera in the back, a 2.1MP camera up front, a 3800 mAh battery and LTE connectivity. TELUS lists the Galaxy S5 Active for $250 on a 2-year TELUS SharePlus plan on its website.