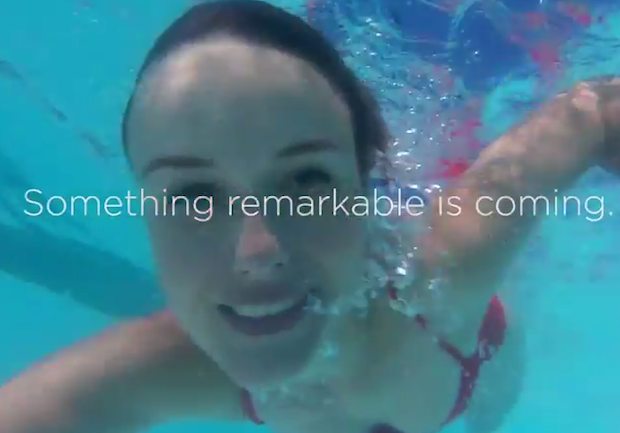 Earlier this month, HTC sent out invitations for an event scheduled for October 8th. Not too long after, word got out that HTC was building a rugged camera to rival the GoPro. HTC didn’t confirm anything at the time, but the company is happy to tease us now that the event is just a couple of weeks away.

The video you see above was posted to HTC’s YouTube channel and is captioned, ‘Something remarkable is coming.’ The clip shows underwater film as well as a ton of first-person perspective footage from various different locations. It ends with the date for October’s event, and the whole video makes it pretty clear that HTC is planning a mountable camera of some sort.

According to the most recent rumours, this device is a 16MP camera that will connect to your smartphone and work with both iOS and Android devices. What we don’t see in the video is the device itself, or the camera being used in any kind of extreme setting, like whitewater rafting or rock climbing (you could hardly call a swimming pool extreme). We’re starting to wonder if this device will be rugged at all.

Whatever it is, we’ll be seeing it in exactly a fortnight, so we don’t have to suffer the mystery for too much longer.

Update: A Reddit user scoured HTC’s teaser website and found two images of the purported ReCamera, seen below. It looks a little bit like a small piece of PVC tubing with a camera, which is certainly not what we envisioned. Perhaps this is just a portion of the device, or a crude render — we don’t see any controls or buttons, though they could be relegated to the smartphone itself — but is nonetheless the best idea we have of what HTC plans to unveil on October 8th.

HTC teases BoomSound improvements ahead of One M9 unveiling

HTC’s RE Camera to arrive mid-November