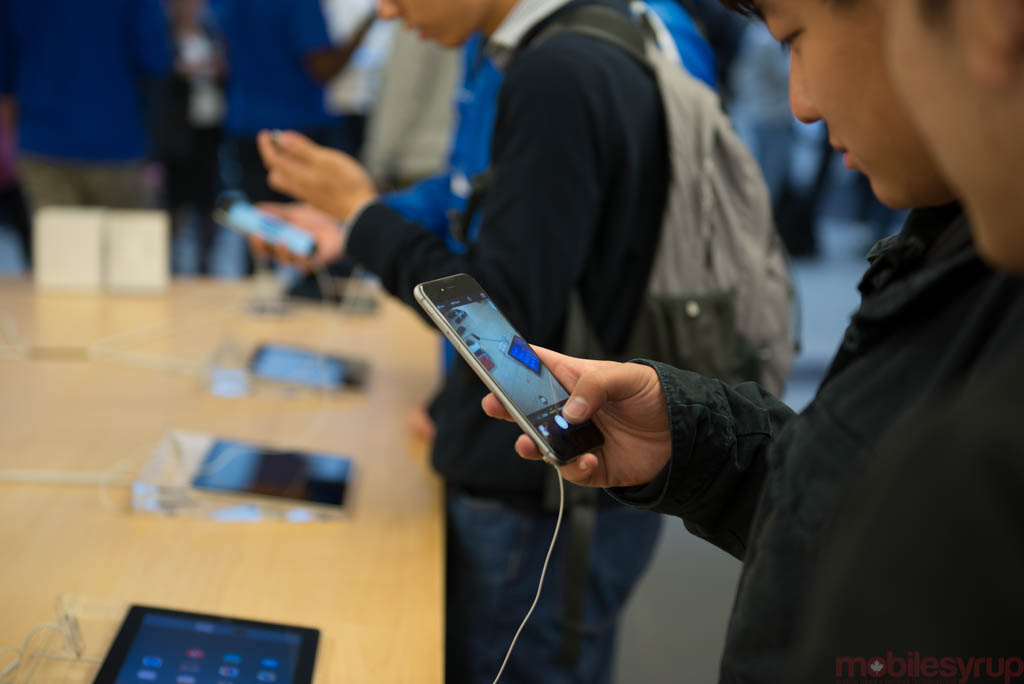 We spent the morning at one of Canada’a busiest malls waiting outside one of North America’s busiest Apple Stores to witness the chaos that is iPhone launch day.

An annual pilgrimage of sorts, this year saw thousands of Canadians lining up outside their local retail outlets waiting for a chance to buy the iPhone 6 or iPhone 6 Plus.

In Toronto, anticipation mingled with frustration as many people in line stood by while others stepped in and refused to leave, only to be met with ambivalence by Apple Store staff and Eaton Centre security. There were over 2,000 people in line right before opening, snaking all the way down to the first level of the mall.

When 8am hit and the crowds began filing in, Apple’s endlessly-energetic blue shirt-wearing employees clapped and cheered as they do every year, and throngs of fans, scalpers and those paid by others to stand in line poured into the store to begin buying and activating their new devices. 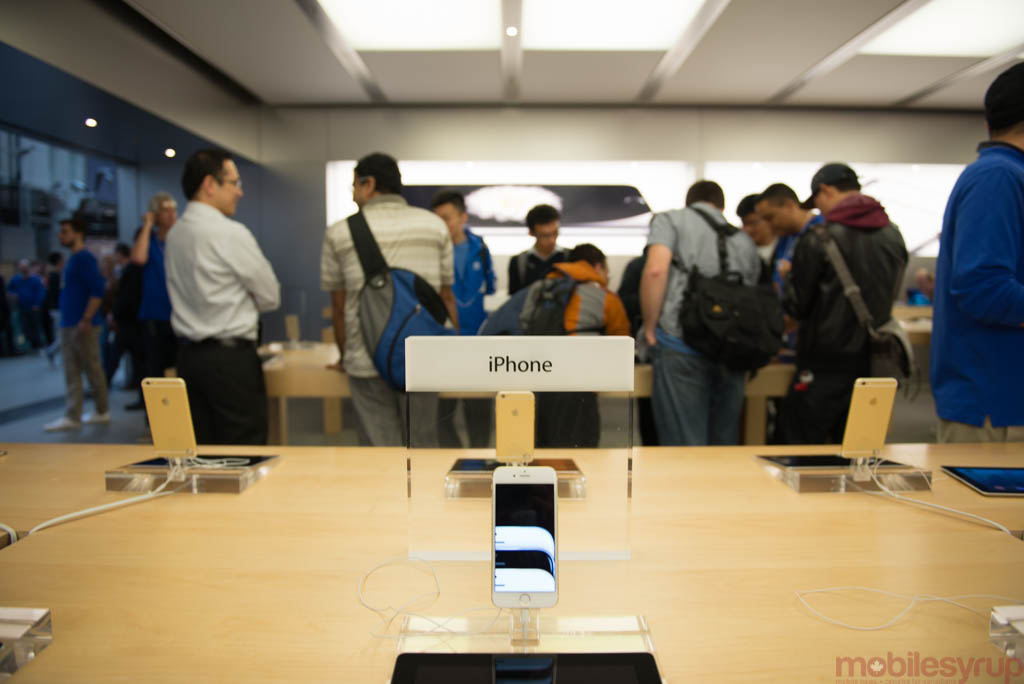 By mid-day, the lines were still massive, and Apple was yet to run dry of iPhone 6 stock, though iPhone 6 Plus inventory was low and sold out quickly. 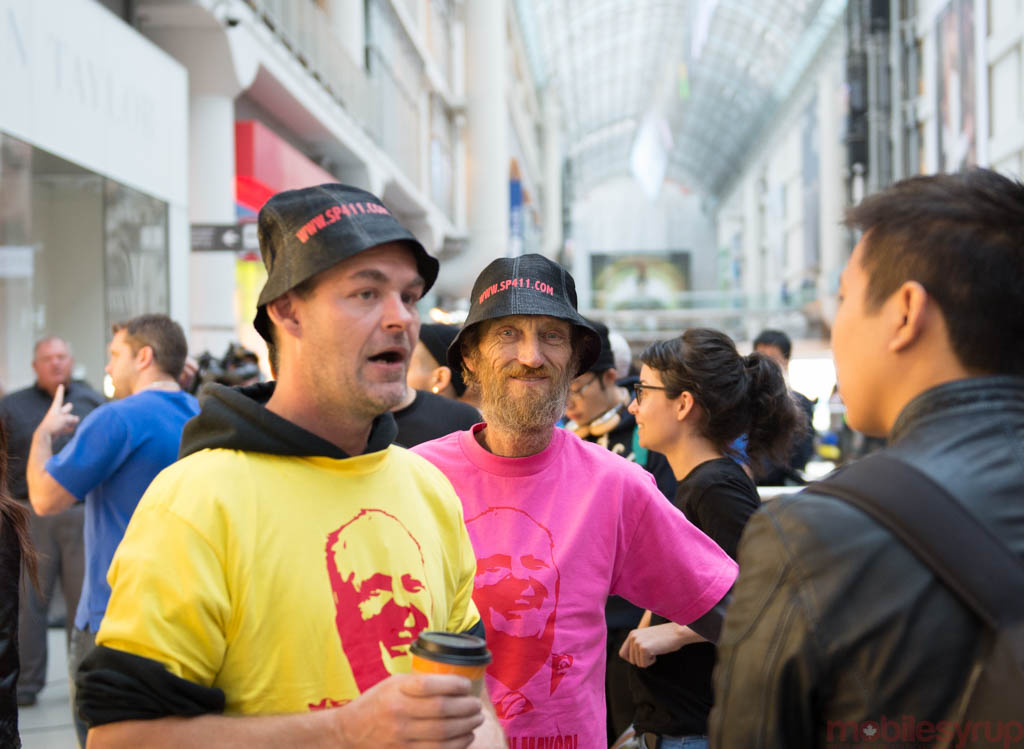 As always, media was on hand from nearly every outlet, broadcast and print, to interview the first out the door with new devices who, at this store at least, were two homeless men paid to wait four days to be there. iPhone launch events have become as much about buying a new phone as being seen buying a new phone.

In all, it was a fascinating and exhausting bit of fun, and we can’t wait to do it again next year.