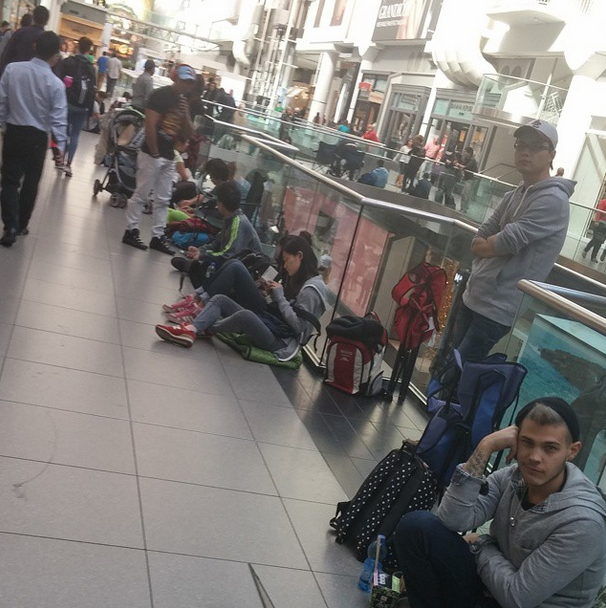 Canadians have started lining up for Apple’s upcoming iPhone 6 and iPhone 6 Plus. This is similar to what we saw outside various Apple Store locations with the iPhone 5s, iPhone 5, iPhone 4 and iPhone 3GS launches.

The picture above posted to Twitter indicates a lineup has already started in Toronto, where hundreds of people have already lined up at the Eaton Centre mall downtown.

Both versions are available in silver, gold and Space Grey and no-term pricing starts at $749 and $849 for the 16GB base models of the iPhone 6 and iPhone 6 Plus respectively.

Update: Here is the first customer to score an iPhone 6 in Toronto — he was was actually a paid squatter and was in line for four days. 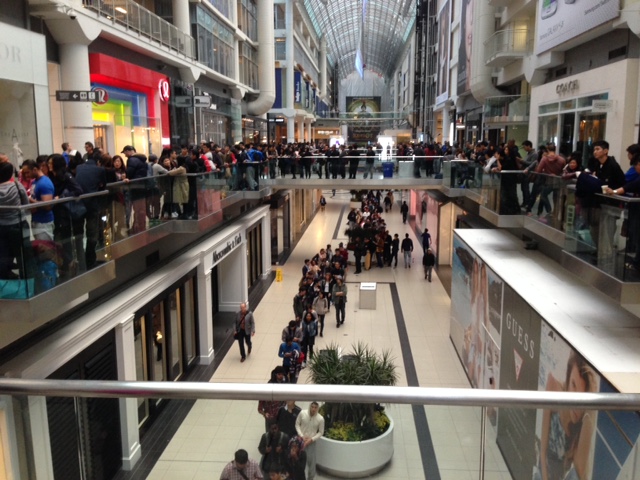