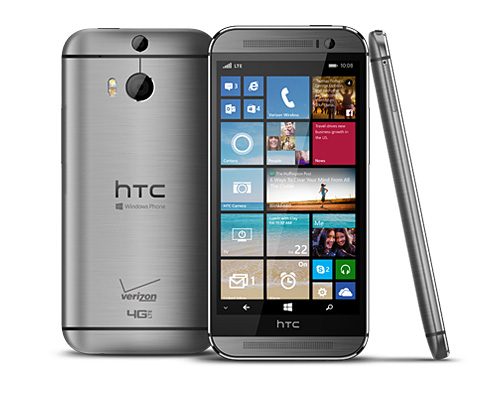 HTC this morning confirmed all the rumours we’ve been hearing over the last few weeks and officially unveiled a Windows Phone version of its flagship One M8 smartphone. The device runs Windows Phone 8.1 and includes Cortana as well as HTC’s own custom tweaks to the user experience, like BlinkFeed, BoomSound, Duo Camera, and support for the HTC dot case. Curiously absent is Zoe, which was just released for third party Android devices earlier this month.

HTC is pretty proud of the fact that the One M8 for Windows is the first flagship to offer multiple operating systems. In case that didn’t give it away, the only difference here is the software. The specs under the hood are identical to the Android version of the M8 that was introduced in the spring of this year. To that end, you’re looking at a 5-inch 1080p display, a quad-core Snapdragon 801 with Adreno 330 graphics, 2 GB of RAM, 32 GB of storage, support for 128 GB of storage via MicroSD, a 2600 mAh battery, and a 4-megapixel rear-facing camera with a depth of field sensor that allows for refocusing of images after they’re captured.