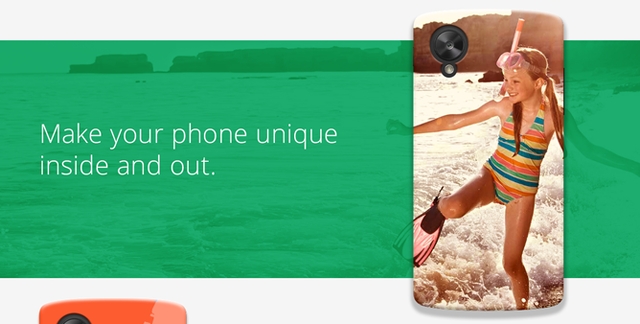 Nuvago, née Gelaskins, is a popular Toronto-based company that has managed to equate itself well in a market saturated by phone accessories. The company offers the ability to stamp images of your choosing onto smartphone or tablet cases, producing some impressive or hilarious results, depending on your personal taste. Nuvago might be getting some serious competition.

According to Android Police, Google is currently in an ‘exploratory phase’ with a new services called Workshop, which would expand the Google Play store beyond case sales into the customization of the cases themselves, as well as live wallpapers. Similar in presentation to Motorola’s MotoMaker, Workshop is still under development, and currently only works with the Nexus 5, although additional device support can be expected. 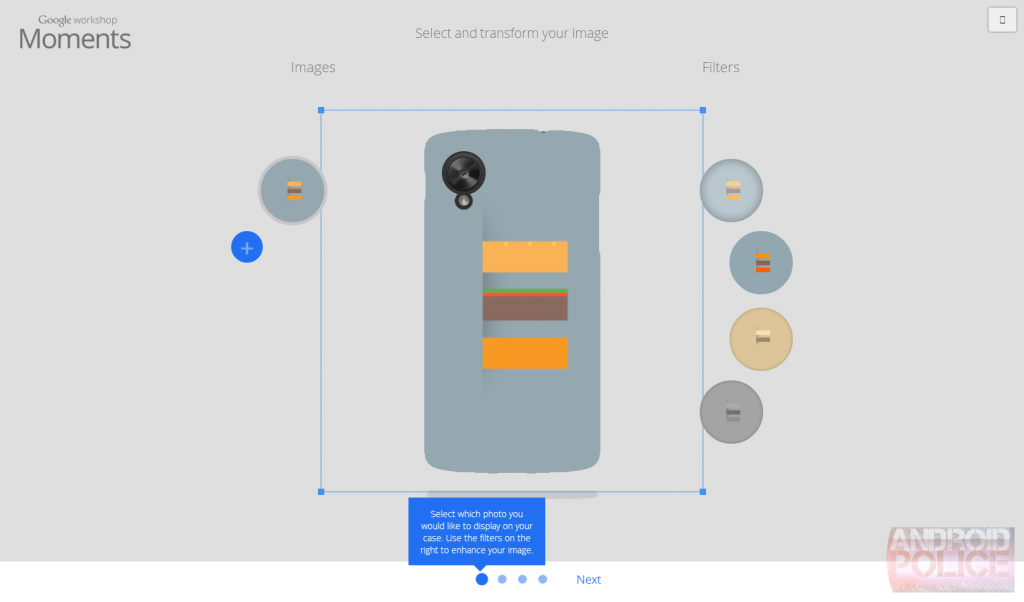 Screenshots of Workshop obtained by Android Police display two available categories: MapMe and Moments. MapMe suggests that Nexus owners will be able to customize cases and wallpapers with their location, as well as the additional option of including a message. Moments suggests a feature similar to Nuvago, allowing users to upload a photo of their choice and add it to a case or create a wallpaper.

It also seems that there might be a social aspect to Workshop as well. One of the images nabbed by Android Police shows a collection of cases designed by Nexus 5 users, along with their name and time the case was created. Whether this is intended as a source of inspiration, or some sort of Google+ tie-in remains to be seen.

There is no word yet on the pricing, or if Workshop will be launched at all, and if it will be available to Canadians when it does. It’s certainly something we’ll be keeping our eyes on.