Google has acquired Songza to take on playlist-heavy services like Beats, Pandora (Update)

Google has gone through with its rumoured acquisition of Songza, the popular playlist-heavy music streaming service that uses curation to help listeners find the perfect grouping of songs for any mood, time or weather report.

While financial details have not been released, Google says that nothing will change at Songza, which has an office in Toronto as well as New York, except for general improvements to the service itself. Google intends to use Songza’s extensive database of user preference data to improve Play Music and YouTube, the latter expected to launch a music subscription product in the coming months. 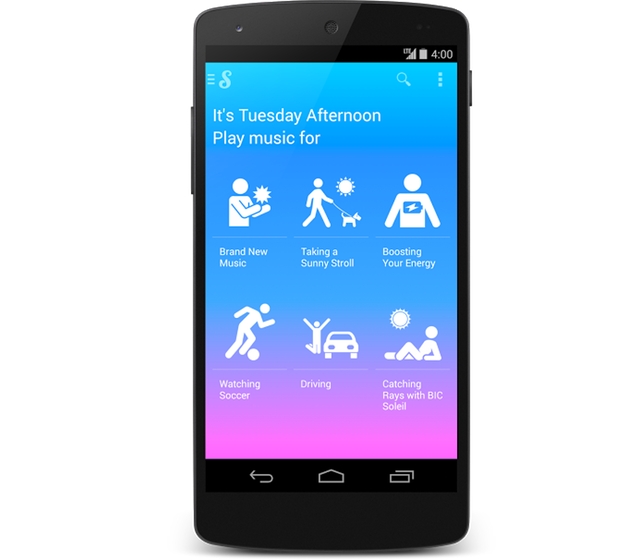 Google had this to say about the acquisition: “Exciting news today — we’re thrilled to welcome Songza to Google. They’ve built a great service which uses contextual expert-curated playlists to give you the right music at the right time. We aren’t planning any immediate changes to Songza, so it will continue to work like usual for existing users. Over the coming months, we’ll explore ways to bring what you love about Songza to Google Play Music. We’ll also look for opportunities to bring their great work to the music experience on YouTube and other Google products. In the meantime, check out their service on Android or iOS to find a playlist for any mood you’re in — whether you’re feeling a little mellow or a lot funky.”

While Songza has become a predominantly mobile-based service, with apps on all major platforms including Windows Phone and BlackBerry 10, it began as a web-only portal. The free, ad-based service has since added a $3.99/month tier to eliminate ads, and also recently updated its Android app with a brand new design.

The announcement comes on the same day as Rdio acquired little-known TastemakerX, a service for connecting artists with fans. The music-based social network will help Rdio integrate better with its growing user base, an active community of reviewers and listeners.

Google will likely keep Songza independent, as the brand is well-known and growing at a quick pace. The consolidation in the streaming music space is further indication of tight margins, and was likely accelerated by Apple’s $3.2 billion acquisition of Beats Electronics.

Update: Google reportedly purchased Songza for $39 million, according to the New York Times, more than double the initially-rumoured amount. Pretty impressive return for the small streaming music company and its investors, which had only raised $6.7 million to date.