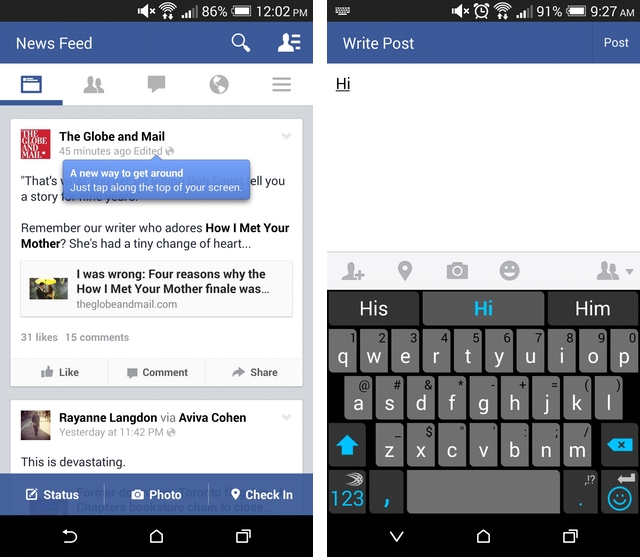 Facebook has been A/B testing a new flat Android UI for months now, but now the company has made it available to all users, with one important stipulation: you must be a member of the Android alpha testing group, which began last November.

The company’s flatter, tab-focused interface looks far more native on Android than its previous UI despite doing away with the left-side navigation menu, relegating everything but the feed, messages and notifications to an overflow menu. Facebook made a similar change when it transitioned to an iOS 7 interface last year, and it seems that it’s finally nailing down the performance aspect on Android, too: the app feels much more native, even on lower-powered devices, with smoother scrolling and far fewer hiccups than before.

To get the new version, you must be a member of the Facebook alpha testing group, and then follow the instructions to join the test and begin downloading the new version. You will need to either uninstall the existing Facebook app on your phone, or locate the App Settings menu and clear the app cache.