Quick hands-on with the Sony Xperia go, plus under water test (Video) 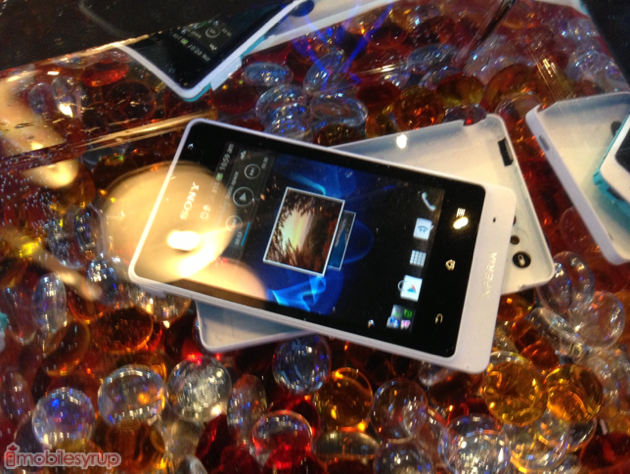 Sony announced that the Xperia go will be heading towards Fido in both white and black, plus also unlocked in yellow at Sony Stores in a couple weeks. We’ve learned that Fido will launch the Xperia go at $0 on a 3-year with a data plan, or $30 without data. No word yet on the no-contract prices.

At the AndroidTO Conference in Toronto this week Sony was there giving a demos of various devices and the Xperia go was present. The specs of this Android represent an entry level device, but still respectable. The Xperia go runs Ice Cream Sandwich, feels good in the hand as it only weighs 110 grams and measures 9.8 mm thin. The go has a 3.5-inch display and packs a 1 GHz dual-core processor.

One of the main features of the Xperia go is that it can “handle everything life dishes out” as it’s resistant to dust, water and scratches. To prove this point Sony had a bucket of water where I could to a dunk test. Apparently the go can last up to 20 minutes under water and still work. In addition, once you remove the back cover you reveal an additional coating on the inside where the battery and other electrical components are located for extra protection – you can check out a quick hands-on of the go, plus an under water dunk test below. We’ll have a full review shortly.