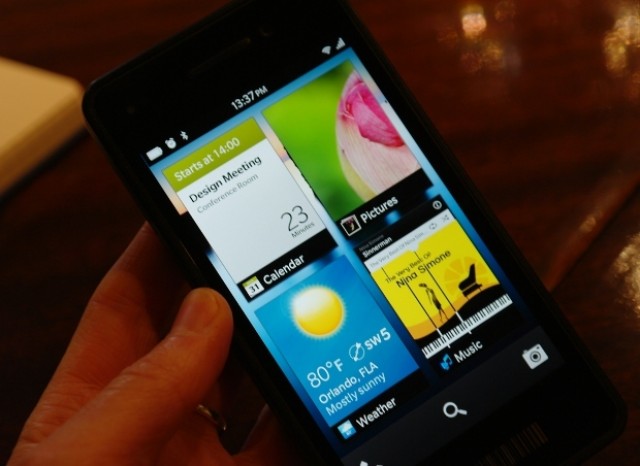 When RIM originally handed out the BlackBerry 10 Dev Alpha devices to developers they also announced its specs: a full touchscreen device with a 4.2-inch display and a resolution of 1280×768. Since this date in May there has been over 5,000 dev devices seeded to developers and they are busy making apps for the upcoming OS.

RIM is about to go on a 5-week roadshow to carriers and demo their upcoming handsets. On several occasions RIM communicated that the first BB10 handset will be an all touchscreen device, apparently similar to the Dev Alpha, followed by a physical QWERTY/touchscreen smartphone that resembles the Bold 9900, which has the code name of “Nevada.” Previous leaked documents suggested that the screen resolution for the touchscreen L-Series device would be 1280×720 with a 356 PPI (Pixels Per Inch), and the screen resolution on the N-Series (Nevada) would come in at 720×720 with a 330 PPI.

Today on RIM’s company blog Tim Neil confirmed the rumours of the screen resolution stated that “We’ve listened, we’ve learned, and we are now telling you that moving forward new smartphones will be standardizing on the following screen resolutions which will allow you to design your applications to fit two main form factors: Full touch devices: 1280 x 720 (16:9), Keyboard devices: 720 x720 (1:1).”

Neil stated that the reason for the higher res on the full touchscreen device is because the “first BlackBerry 10 device has been in the works for quite some time now with lots of supply chain management and manufacturing tooling to bring it to launch. So it’s pretty much a sealed deal.”

The first couple BlackBerry 10 devices should be in market early Q1 2013, but Thorsten Heins revealed yesterday that we can expect a total of six BlackBerry 10 smartphones.