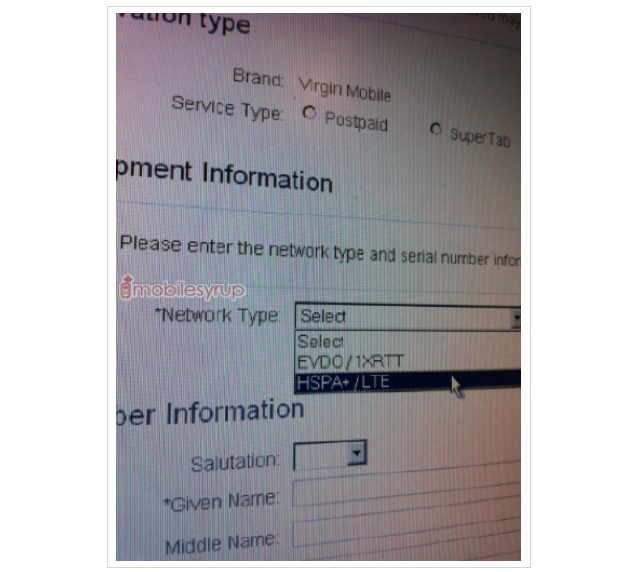 Bell launched their new LTE network with a couple internet sticks and promised an LTE smartphone and tablet by the end of the year. Last week the LTE-capable LG Optimus “Eye” surfaced online, plus the tablet we can only assume as being the LTE Samsung Galaxy Tab 8.9 that is now “coming soon”. Bell currently has coverage in Toronto, Mississauga, Hamilton, Kitchener-Waterloo and Guelph but will be expanding to Montreal, Vancouver and Ottawa.

What’s more impressive is the LTE reach, not just for coverage but carriers. According to this internal screenshot Bell-owned Virgin Mobile will also be releasing LTE devices. A category has been added to their hardware upgrade system that shows LTE is on the way. No indication of when or which devices will be launched, most likely all the one’s that Bell has.