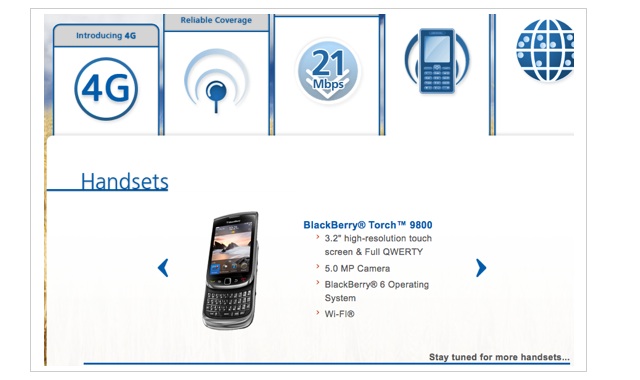 The new MTS “4G” network is set to go live at the end of the month but they’ve been very discreet about their device lineup… until today. Listed on their site are 3 upcoming devices: BlackBerry Torch 9800, BlackBerry Bold 9780 and the Nokia C6-00. In addition to these devices MTS has also stated they’ll be releasing the iPhone 4 “in the coming months”. No word on pricing but MTS says we should “Stay tuned for more handsets…”

Check it out here at MTS
(Thanks Michael!)