SaskTel to release Galaxy S Vibrant at $150 on 3-year 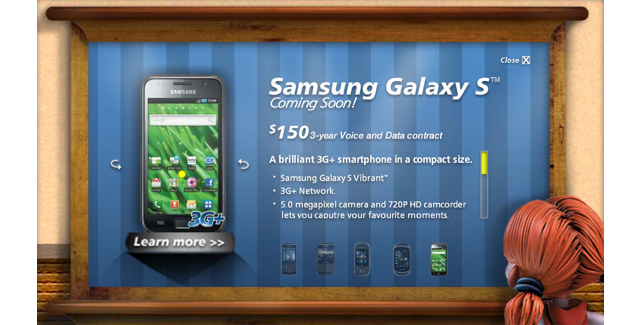 Hopefully the anticipation of the SaskTel’s 3G+ network is making residents of Saskatchewan happy. They released a few good devices on Monday such as the BlackBerry Bold 9700 and the Pearl 9100. But what about their first Android-powered device? The stellar Samsung Galaxy S Vibrant which runs OS 2.1 is confirmed to be launching before the end of August. The only known pricing is hidden away in “Featured Phones” area that shows it’s going to be available for $150 on a 3-year contract. Tempting for sure, but we’re more curious what the no-contract price will come in at.

Check it out here at SaskTel
(Thanks Dave!)