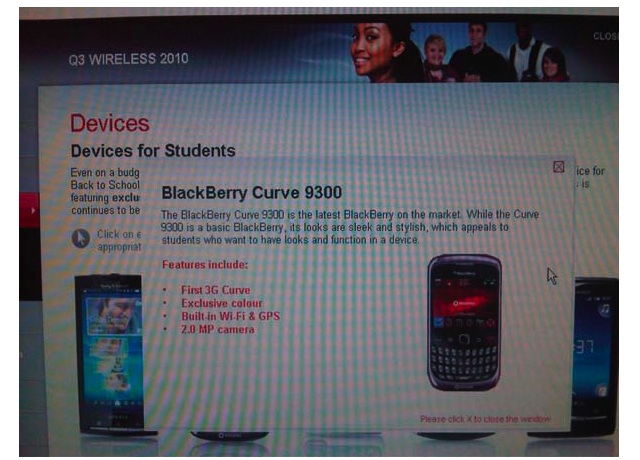 Those rumours of Rogers launching the BlackBerry Curve 3G in an exclusive colour are true. Checking out this screenshot it shows that we can certainly expect this sometime in Q3. The  description says that “the Curve 9300 is a basic BlackBerry, its looks are sleek and stylish, which appeals to students who want to have looks and function in a device.”

So this will be clearly hitting the back-to-school crowd in that Violet colour. No word on pricing but it’ll most likely come low on a 3-year and hopefully reasonable on a no-contract. The Curve 3G has the new trackpad, QWERTY keyboard, WiFi, 2.0 megapixel camera and GPS.