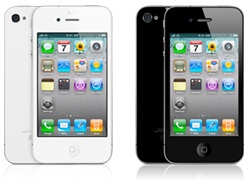 It’s almost a given that Rogers, TELUS, Bell, SaskTel, Fido and Virgin will all be launching the new iPhone 4. Today we just received an e-mail from TELUS that stated the following: “Thought I’d share with you that TELUS today confirms it will launch iPhone 4, the thinnest smartphone in the world with the highest resolution display ever built into a phone, in Canada in the coming weeks.”

No other details were given. Earlier it was revealed that Canada will be included in the July release. Still no word on price points or contract length… but you can bet it’ll be the same price as before: $199 for 16GB model and $299 for 32GB model on a 3-year.

Who’s going to get the new iPhone? Anyone going to line-up this time?