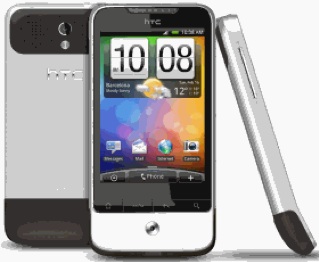 We’ve been covering the HTC Legend for sometime – this is coming to both Bell and Virgin. Thanks to our Bell tipsters who let us know the official launch date has been set for June 16th.

In the internal document that we received it states that “The HTC Legend is one of the most anticipated Android smartphones. From a hardware perspective, its form factor has captured the attention and praises of the press with its sleek aluminium unibody design, vibrant 3.2” AMOLED capacitive touchscreen and brushed metallic finish. The design is certainly one-of-a-kind, conveys a confident message of class and feels expensive yet solid in your hands… The user also benefits from the same features offered to any other Android users out there. Legend comes with Android 2.1 out-of-the-box, the latest and greatest version of Google’s mobile platform with a range of updates including a revamped Android Market, improved virtual keyboard, support for more apps from the Market and more”