A few weeks ago we let you know that Bell was going to release the HTC Legend. Over the weekend Virgin placed HTC as anew manufacturer on their site but no device was listed. We said then it could be the HTC Legend as they basically get the same devices as Bell – mainly because Bell owns Virgin.

Thanks to our Virgin Mobile tipster who let us know that the Legend is in fact coming to Virgin (their first Android device). You’ll see in the screenshot below that it’s currently listed in their inventory. No word on official launch dates or pricing but it also states a sell price of $357… so this could be the no-contract price but seems really low. 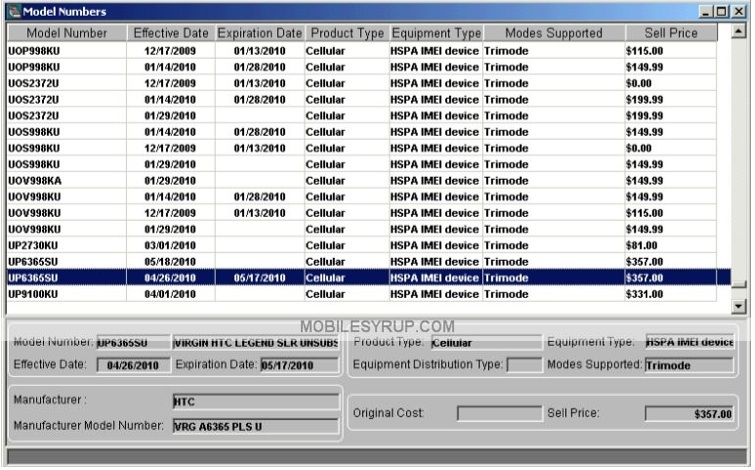