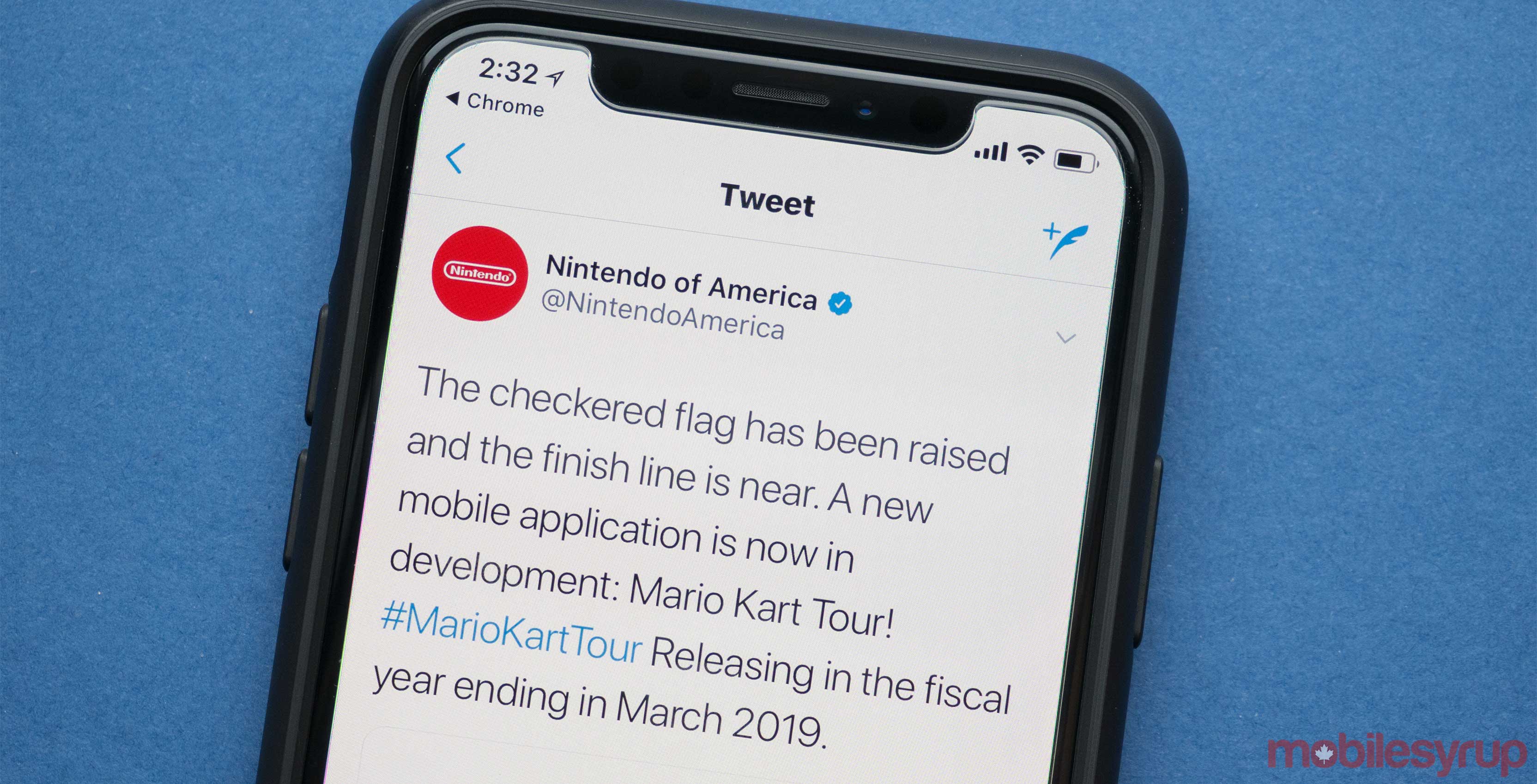 In a surprise move earlier this week Nintendo announced that Mario Kart Tour is the company’s next mobile title developed in partnership with DeNA.

Other than the fact that the game exists, little is known about Mario Kart Tour, though we’re slowly learning more about the mysterious mobile game. DeNA’s CEO recently commented on one specific aspect of Mario Kart Tour during an interview with The Wall Street Journal tech reporter Takashi Mochizuki: the game will be free-to-start.

While Super Mario Run was generally a solid translation of the Mario series to mobile, most players quickly grew bored with the game. The pay-one-hefty-price-tag to unlock the full experience method — also known as buying a game — didn’t resonate with everyone, causing many to complain about Super Mario Run’s comparatively high $13.99 CAD price tag.

Fire Emblem Heroes, Nintendo’s next mobile entry, took a more traditional microtransaction focused free-to-play model that proved to be more successful. The term free-to-start is a little ambiguous and doesn’t indicate if the game is supported by microtransactions, or if it features one-time fee to unlock the entire game.

I’ve always preferred to pay for mobile games up front rather than constantly being bombarded with notifications for microtransactions.

It’s unclear if the game is set to be a full Mario Kart experience similar to the series’ console titles, or if it will be some sort of automated racing game involving item management — I hope the latter option isn’t the case.