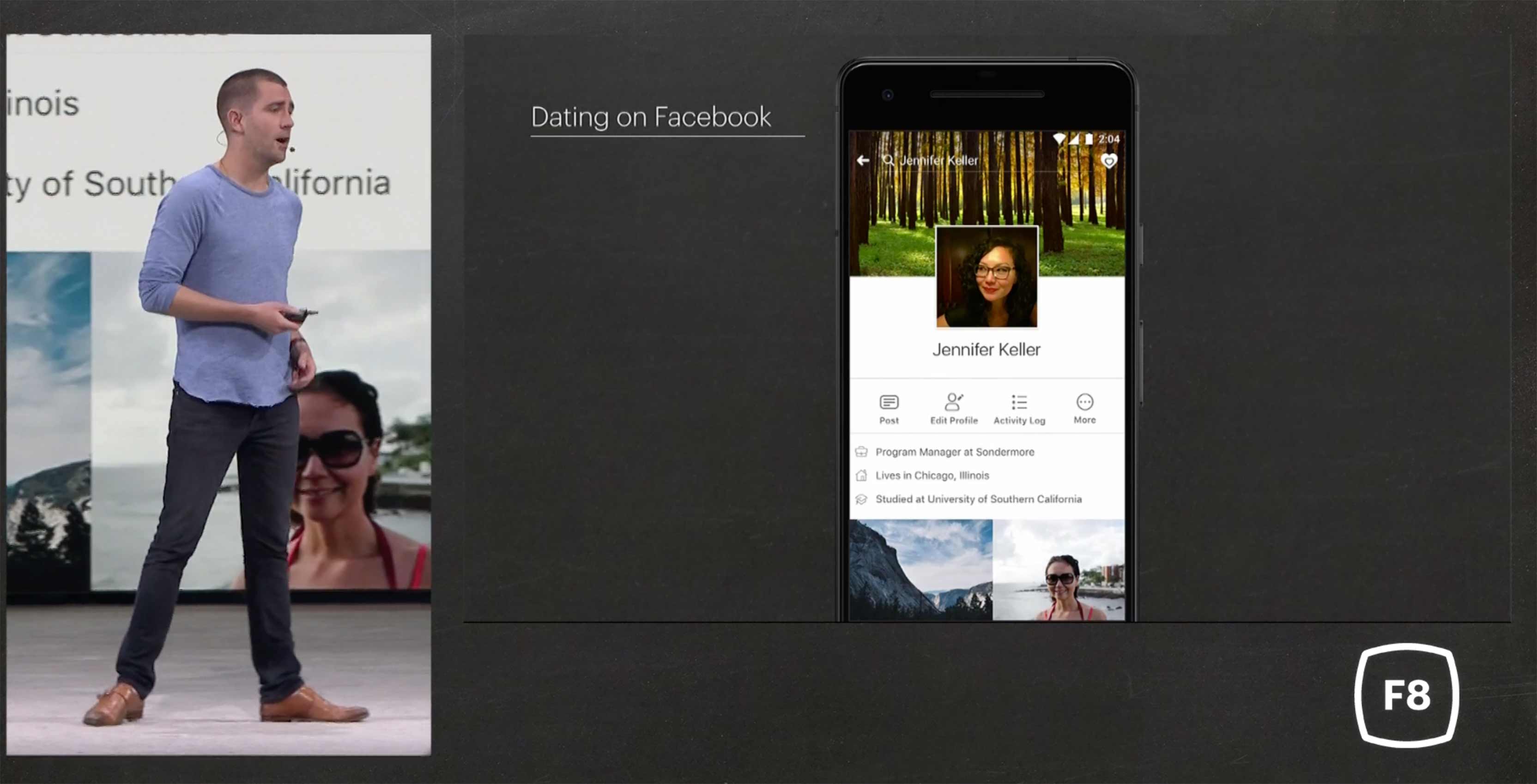 Facebook is adding a dedicated ‘Dating’ section to its social network, the company announced today at its annual F8 developer conference in San Jose, California.

“We want Facebook to be where you can meet people and start meaningful relationships,” said Facebook CEO Mark Zuckerberg when introducing the feature.

According to Zuckerberg, the feature will be found inside the main Facebook app, with users able to choose if they want to opt-in to take advantage of it. Moreover, the executive stressed that the feature was built with privacy in mind, a frequent topic of the keynote given the ongoing concerns the company is facing.

To that point, Facebook chief product officer Chris Cox confirmed that user’s first names will be shown only, and nothing that users share in the Dating section of the app will appear in their friends’ News Feeds.

With the Dating feature, users will see recommended matches from non-friends “based on dating preferences, things in common and mutual friends.” Additionally, users will able to discover those with similar interests through Groups and Events.

Facebook says it will begin testing the feature later this year, although a wider launch window has not yet been confirmed. Cox said more information will be revealed “over the next few months.”