It might seem like sacrilege to create a Hitman game where there’s really one correct way to beat a level, but bear with me when I say that Hitman Go is riotously fun to play, even if it might seem like “just a mobile adaptation” on its surface.

That being said, the easiest way to describe the game is by saying that, developed by Square Enix Montreal, Hitman Go is a mobile adaptation of the much-lauded stealth franchise. Players take on the role of Hitman-series staple Agent 47, in order to kill targets, steal important items and avoid detection all while confined to moving along a very specific grid.

Think of this mobile title as Hitman-meets-Thinkfun’s-Rush-Hour — right down to the fact that the game presents itself in the form of a table-top board game. Players don’t control a photorealistic Agent 47 — they merely control an Agent 47 game piece. Likewise, security guards and assassination targets aren’t photorealistic renders, but merely computer-controlled game pieces. 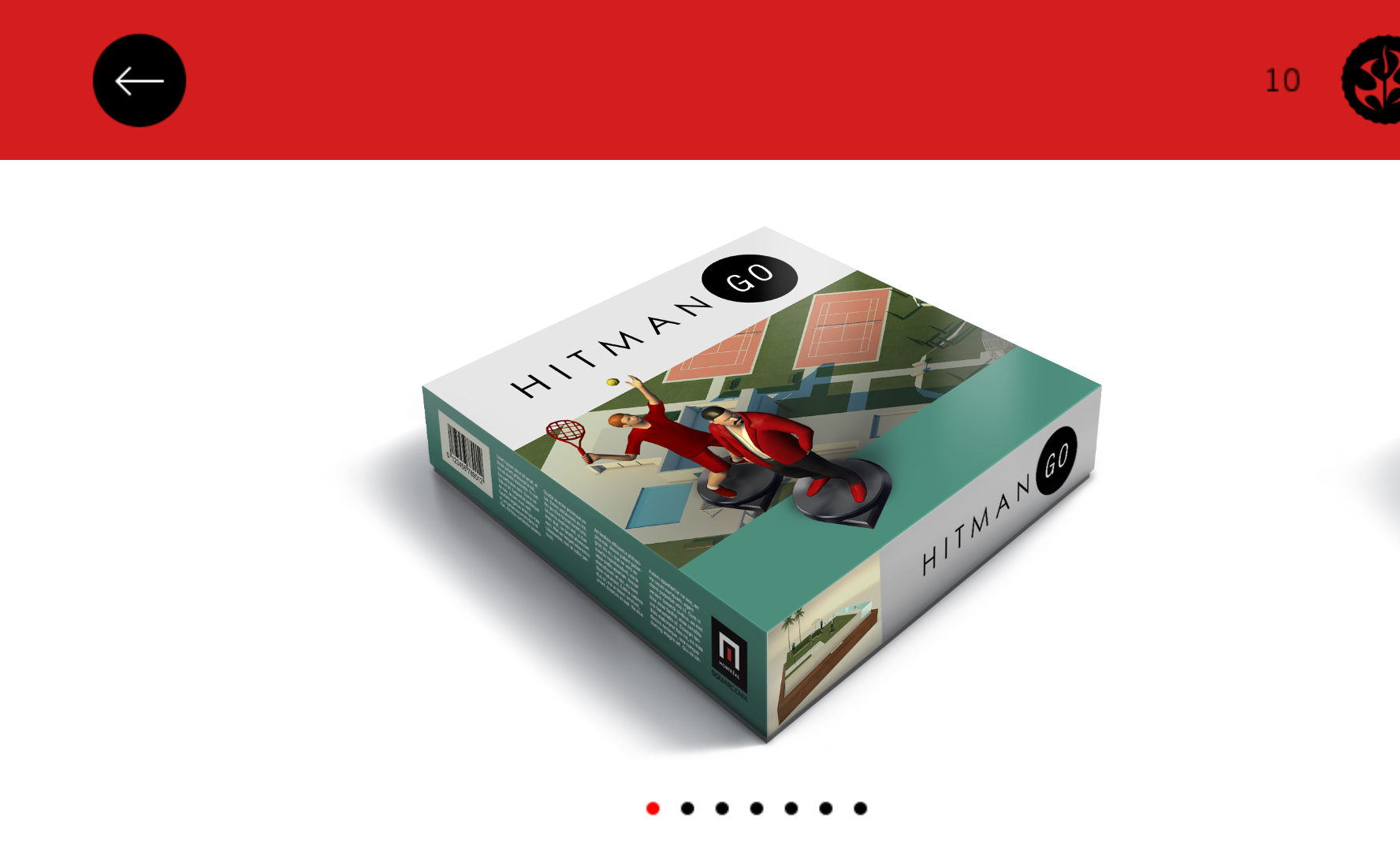 The boardgame aesthetic might seem kitschy or overly simplified  — especially for a franchise whose violence can sometimes border on the absurd — but it would be wrong to say that the aesthetic reflects poor gameplay. Once you get past the first few levels, Hitman Go offers more than its fair share of challenge.

Of course, that’s not to say that the game is impossible to beat or that the puzzles are obnoxiously difficult. Taking cues from the mobile game space — as well as good puzzle games — Hitman Go’s difficulty gradually curves upwards as players complete levels and gain a finer understanding of the game’s mechanics. Every solution makes sense within the context of a level, and every level also makes sense within the context of the previous levels that players have completed. 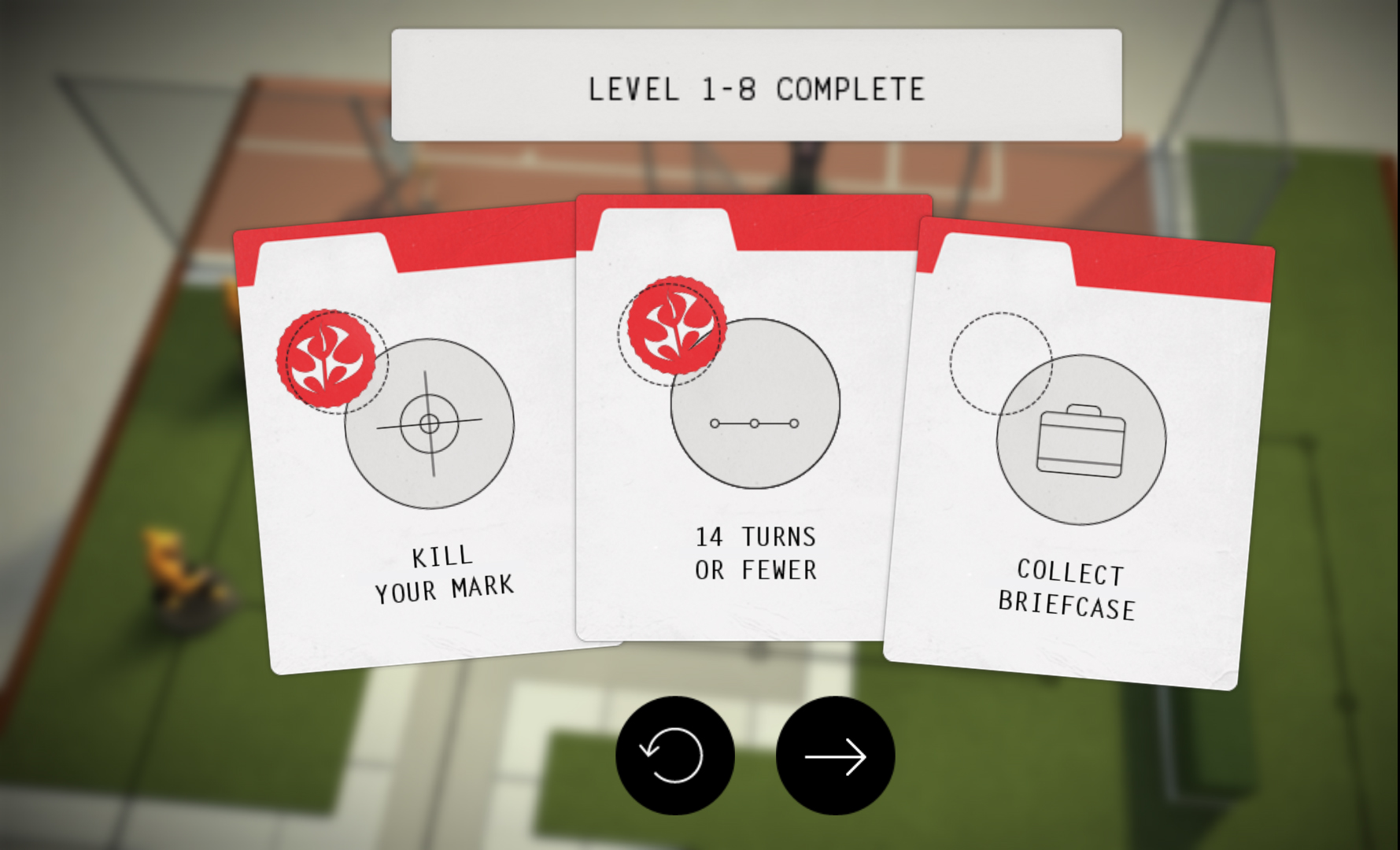 The first level, for instance, literally teaches players how to move the Agent 47 game piece. The second level teaches players what happens if Agent 47 is detected by a security guard. By the end of the first 15 levels, players will have learned how to kill off an entire group of guards at once, how to avoid detection by drawing attention in the direction of Agent 47, as well as the utility in simply giving up on collecting a briefcase in order to simply beat the level.

It might seem like a silly comparison, but Hitman Go is built on the Nintendo/Miyamoto school of learning. A player is introduced to an obstacle, they’re taught how to get past the obstacle, and then they’re tasked with overcoming the same obstacle but in a more difficult environment.

All of which is to say that Hitman Go must be applauded — not because it’s a good adaptation of an already popular franchise, but for deconstructing the puzzle genre into something that works incredibly well on mobile devices. 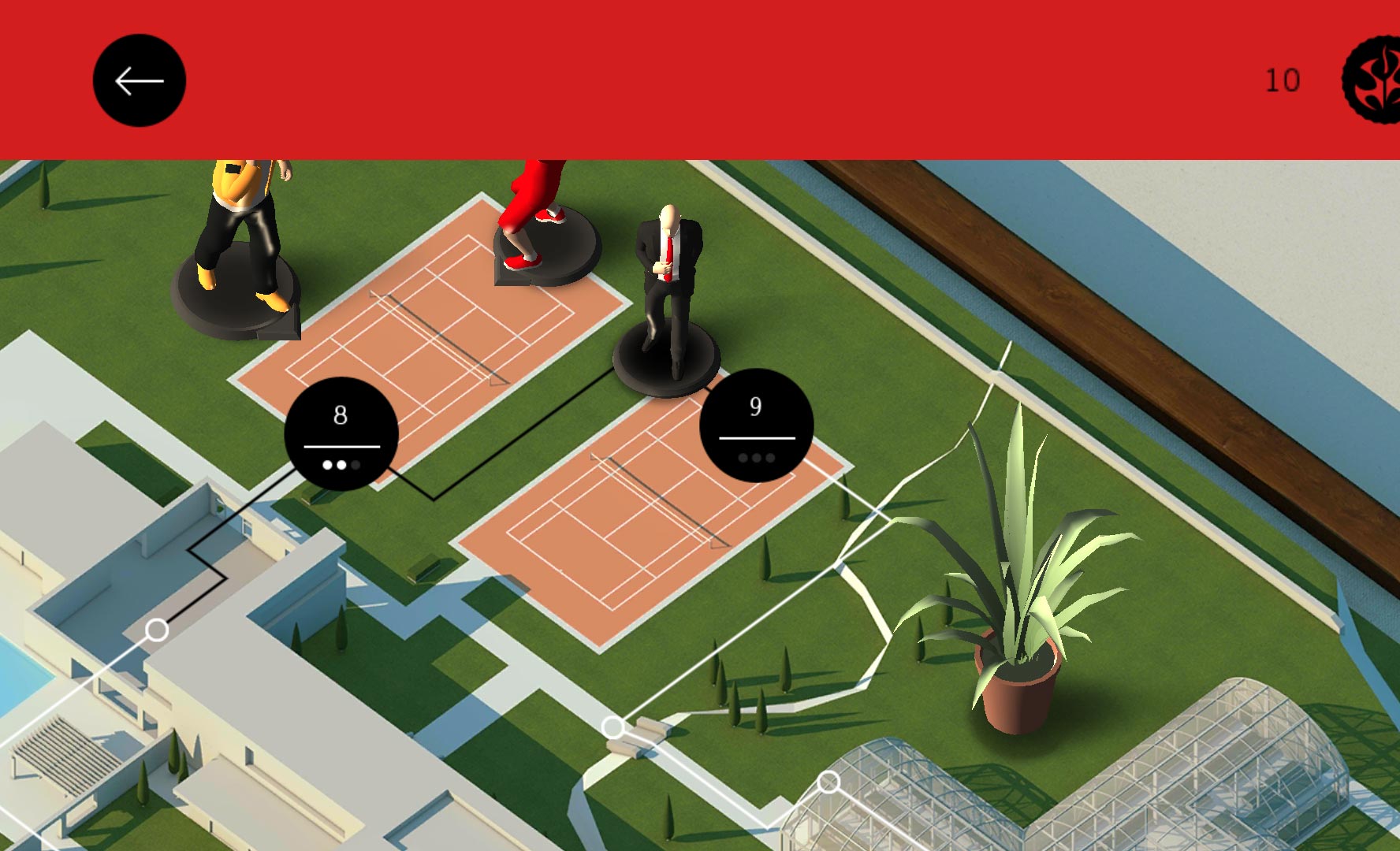