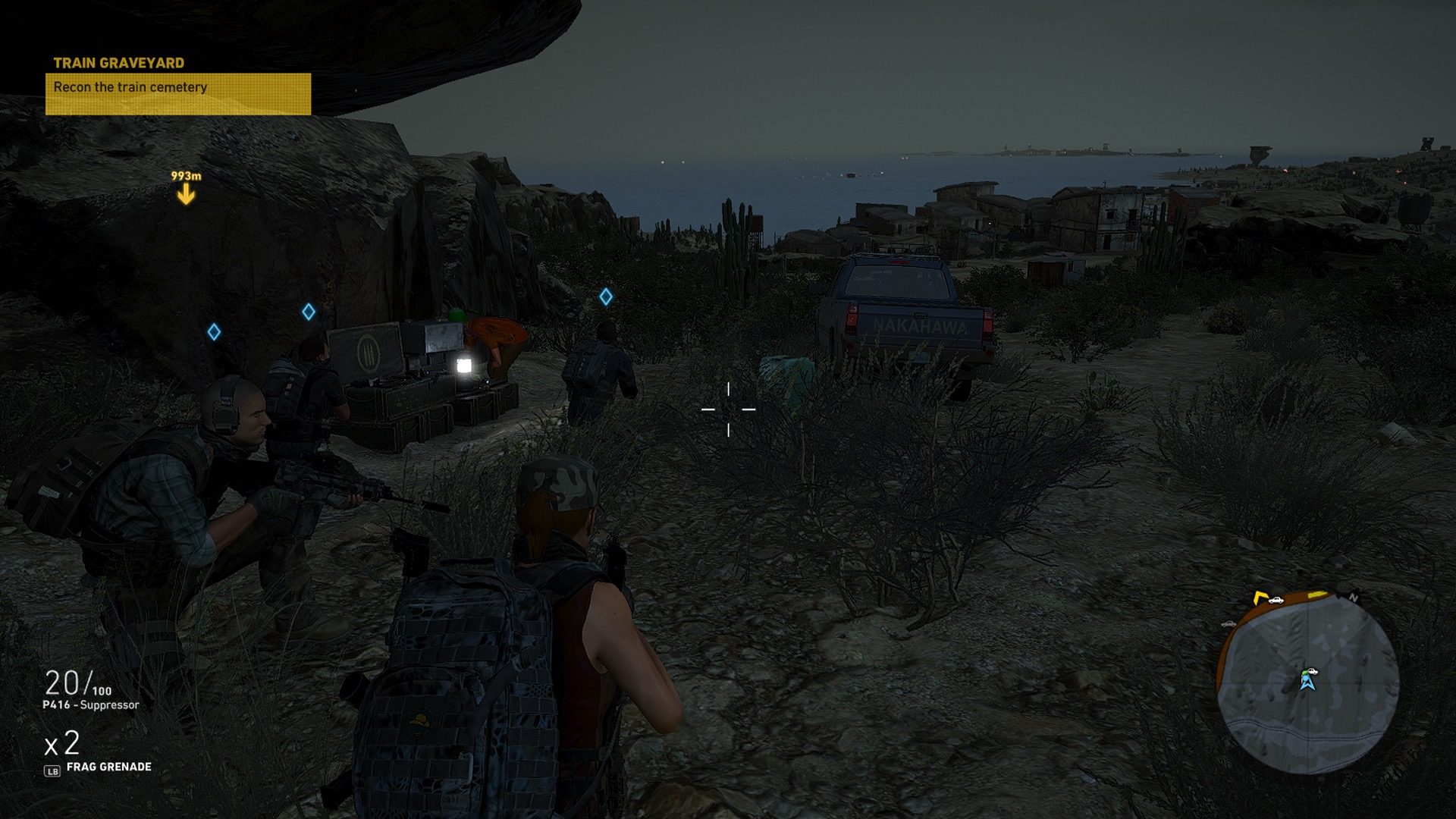 There hasn’t been a Ghost Recon game in several years. Outside of a now-defunct 2014 free-to-play PC game, the last mainline entry in the military tactical shooter series was 2012’s Ghost Recon: Future Soldier.

Wildlands is notable not only for being the newest Ghost Recon title in a quite some time, but also being the first to feature an open-world.

And it’s certainly a big world at that, although one ridden with crime. The plot focuses on Bolivia, which has become the largest cocaine producer in the world (and also inadvertently led to a real-life controversy). The influential and vicious Santa Blanca drug cartel, led by the kingpin El Sueño, has turned the country into a narco-state, leading to all kinds of fear and violence.

The cartel is quickly on track to become a major global threat. You play as the leader of The Ghosts, an elite US Special Forces team sent into the South American country to break the alliance between the cartel and the corrupt government. 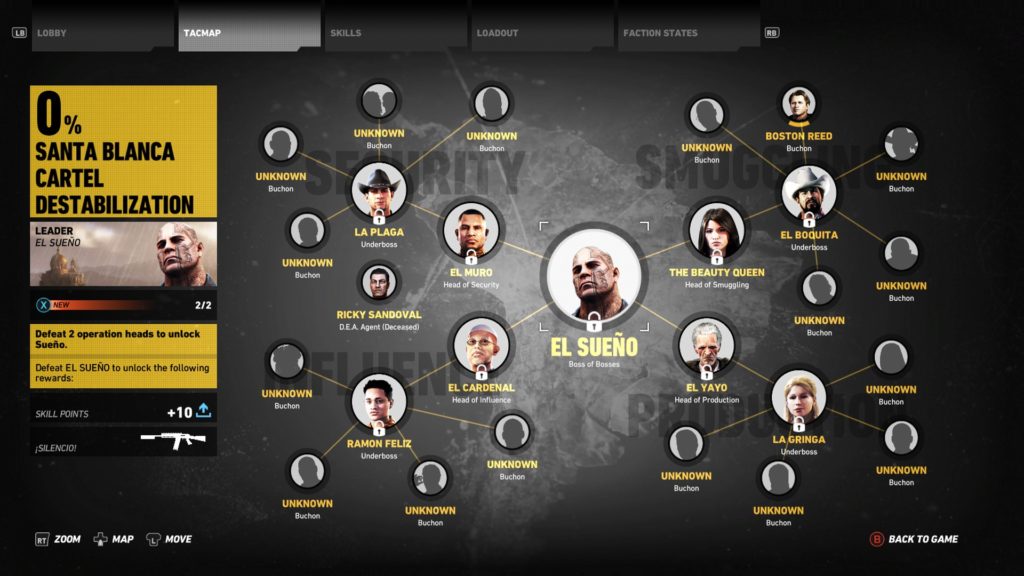 However, in the several hours I’ve played so far, the narrative has taken a backseat and hasn’t really developed much. El Sueño so far isn’t a compelling villain, in no small part due to the fact that you spend a great deal of time interrogating the chain of command leading up to him.

Thankfully, the gameplay is the main draw of Wildlands, and it more than delivers on that front. Bolivia is wonderfully realized, spanning over 20 provinces made up of beautiful jungles, deserts, mountains, lakes, swamps, caves and more. The large open-world offers numerous approaches to missions, stealthy or otherwise, which is reminiscent of the likes of Metal Gear Solid V: The Phantom Pain and the Far Cry titles.

You can enter an area slowly on foot, by vehicle or, with the right upgrades, a parachute. A drone equipped with a cooldown timer can be deployed to fly ahead and scope out enemies, marking them so you’ll see their locations. Sometimes, Bolivian rebels get involved in the conflict, creating chaos that you can use to your advantage. 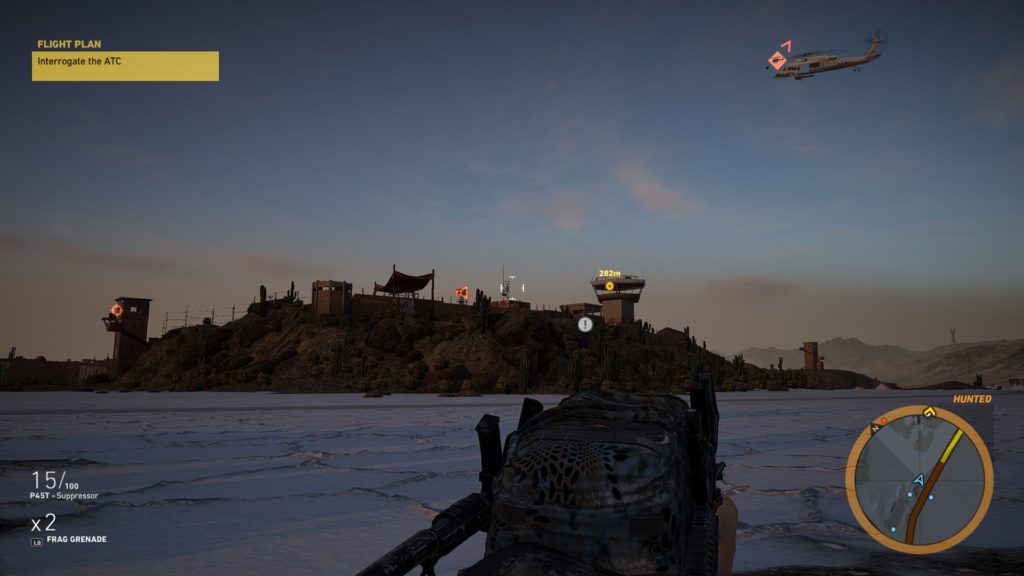 Your options are further expanded thanks to competent AI companions. They adapt to whichever play style you’re employing; if you’re going about things stealthily, they’ll crouch and go prone with you, notifying you of nearby enemies as you go along. If you go in guns blazing, they’ll help you take down enemies with precision. In one mission to gather intel, I sped through an enemy base with my three partners leaning out the window and laying waste to foes that we passed.

The Ghost crew is also very dependable when it comes to reviving you. You can be downed and brought back only once, with a subsequent death leading to a game over. Being able to count on your team to consistently revive you means you’ll often second chance in a mission. A highlight is the Sync Shot ability, which is similar to the Mark and Execute feature found in recent Splinter Cell games. With it, you can tag up to three enemies and your allies will take them out once they have a clear shot. 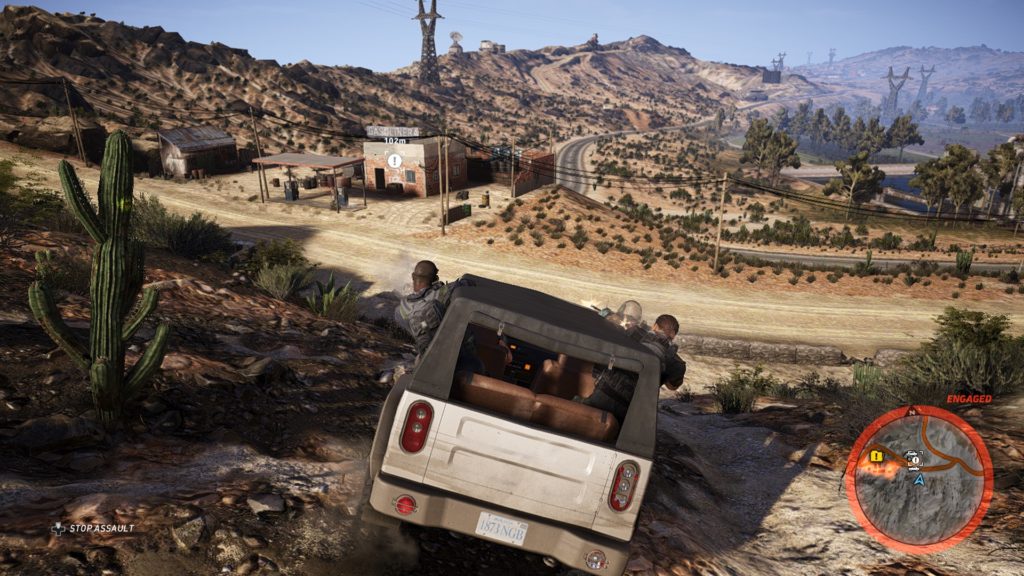 Online multiplayer will definitely be the standout feature in Wildlands for many players. Searching for other players and joining games is simple and supports seamless drop-in and drop-out co-op. There’s no having to wait for someone to spawn in, no load times and no restrictions about which missions that can or can’t be done based on player levels. If someone in your game has a fast-travel point or an unlocked mission, it will be available to anyone. Progress will even save when you go back and forth between solo and co-op play. It’s all slick and works very well.

Unfortunately, none of this changes the fact that the actual mission variety leaves much to be desired. Objectives typically range from ‘interrogate the lieutenant’ or ‘secure intel’ and not much else. It also doesn’t help that as mentioned earlier, you have to slowly work your way up to El Sueño, which can further add to the repetition. 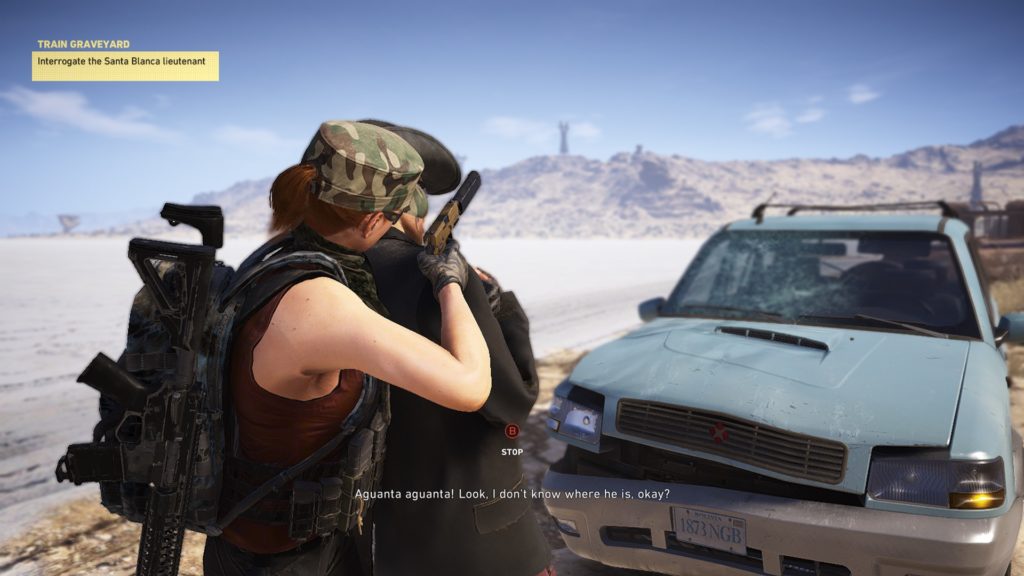 Each province has a boss whose identity can only be learned by completing for four to six similarly-themed missions. Furthermore, it would seem like these chiefs enlist their soldiers from the exact same places, since variety in enemy types is woefully limited. Threats such as armed helicopters are sometimes thrown in which help shake things up, but it still would have been nice to see more thought put into who you’re actually shooting at.

The vast freedom is also somewhat hampered by the fact that vehicles don’t handle all that well. Even when I drove on roads, the cars felt to janky, slipping and sliding in each direction and making me feel like I lacked enough control. Helicopters in particular could do with being more responsive; I ended up bailing out of one when I was close to the ground rather than struggle to try to actually land it. It’s especially frustrating when some of the persons of interest you have to locate quickly get into their own cars and drive away when things start to get hairy. The less-than-stellar vehicular controls make chasing a fleeing target even more of a hassle than it should be. 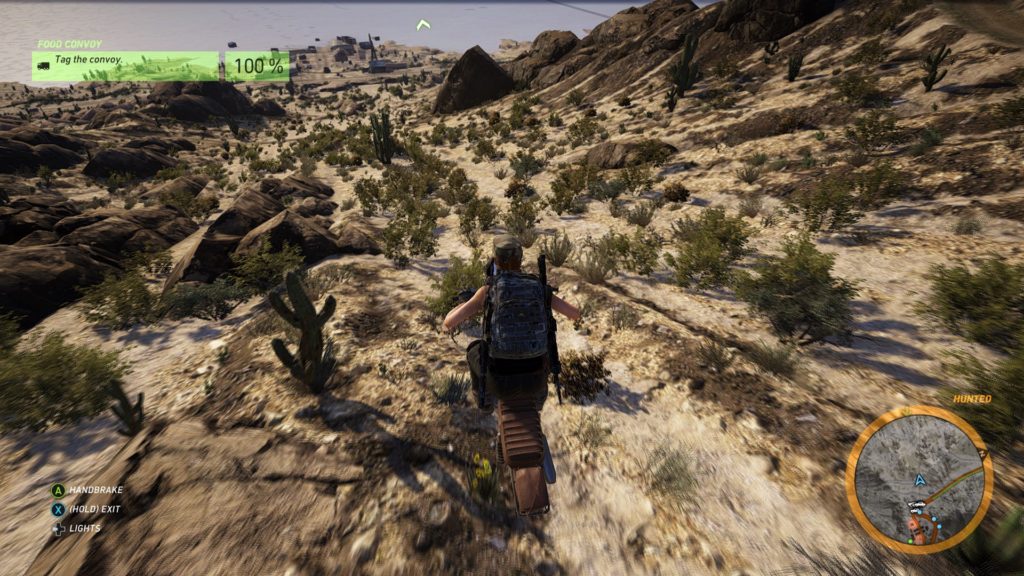 It’s also unintentionally hilarious how holding the button to exit a vehicle will magically stop it in its tracks, regardless of what speed you were going. For a game that offers such a massive open-world – the largest Ubisoft has ever built, it says — it’s disappointing that the vehicles needed to traverse it simply don’t perform as well as they should.

Overall, though, while Ghost Recon: Wildlands doesn’t reinvent the wheel, it does nonetheless offer a satisfying romp through a massive world ripe for exploration and mayhem. It’s best experienced with others, which can lead to delightful open-world multiplayer experiences, but it’s also more than serviceable as a single-player adventure.

It’s well-worth taking a trip through these Wildlands, however you choose to do it.

Ghost Recon: Wildlands is available on Xbox One, PlayStation 4 and PC.