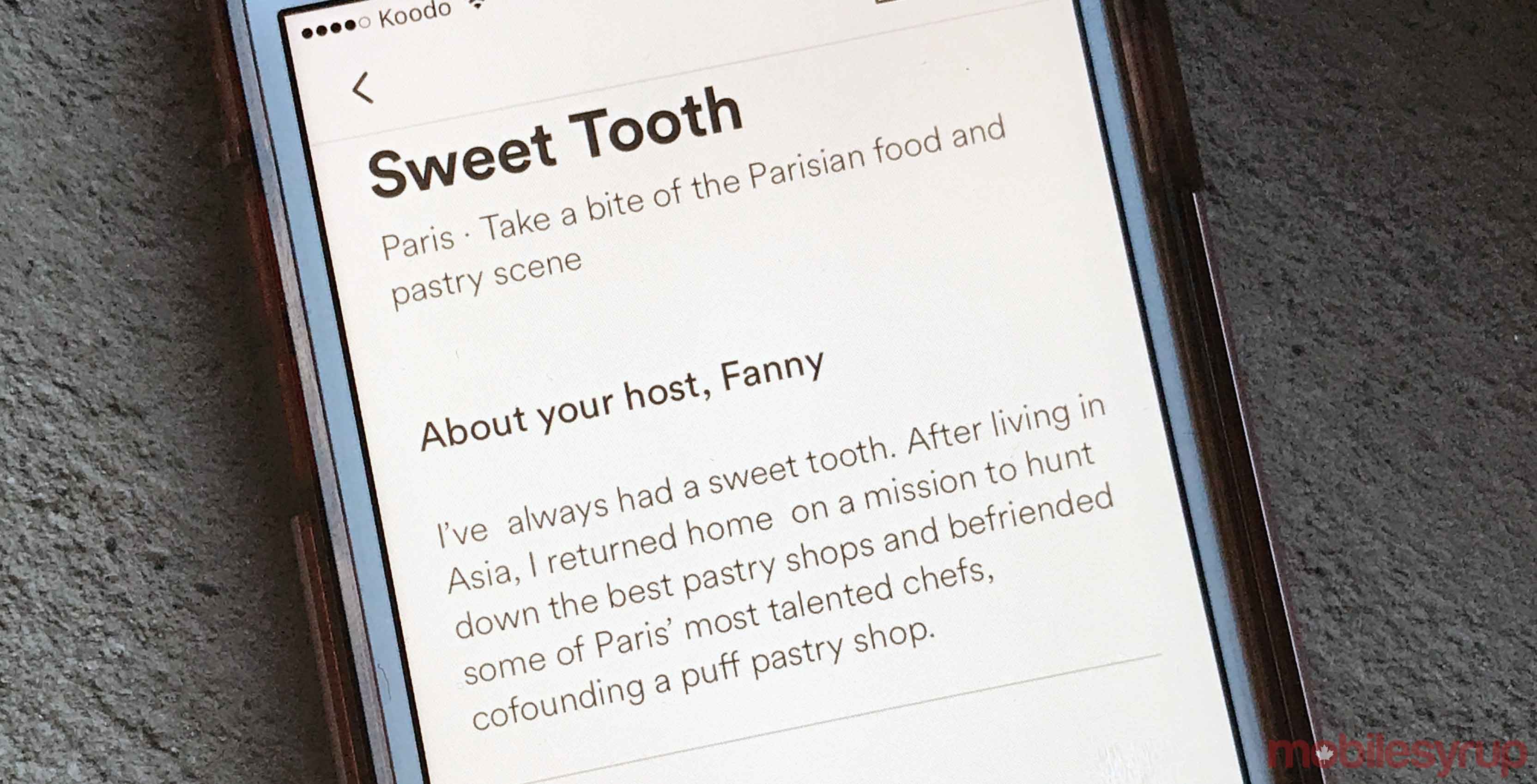 Airbnb wants to own the travel experience from top to bottom, according to the company’s global director of operations for its new feature ‘Trips.’

Trips is a guided tour service hosted by locals in their own cities. The service was introduced to the twelve cities last November, followed by a launch in Barcelona at the beginning of March, 2017. Trips also recently launched in Toronto and will be brought to Vancouver when the service launches there later this year.

The director of operations for Trips, Andrea La Mesa, stated in a recent interview with MobileSyrup that Trips is perhaps the most significant development since the company was launched 2008.

“Trips is our most significant development since we’ve started the company because for the first time, we’re moving beyond homes and servicing the entire trip so we’re very excited for what we launched in November globally, and then for the launch of Canada today, with Toronto,” said La Mesa. 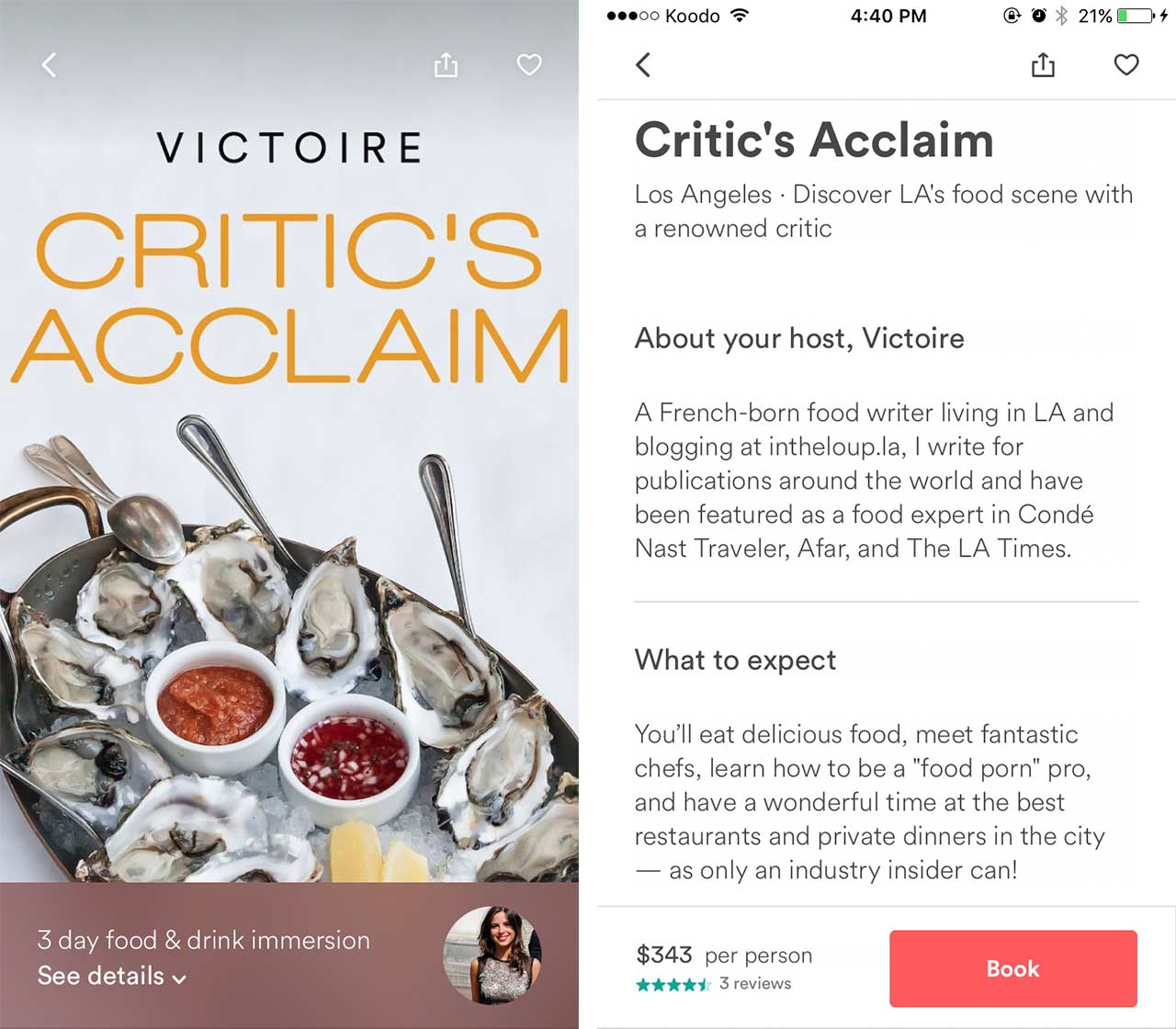 Trips works by giving anyone who’s downloaded the app, whether they’re registered ‘hosts’ on the platform or not, the ability to submit tour guides and experiences for users to enjoy.

When navigating to the ‘Experiences’ section of the app, users will see several options for the different trips they’re able to take. Each trip comes with a description of their host and of the kind of experience they should expect.

La Mesa explains that individuals using the app for home hosting purposes would often take their tenants out and give them an unofficial tour anyway. This way, those interested in providing this kind of service can do so in a more formal, efficient way.

“We noticed that over the years, hosts were already providing tours to their guests, meaning, that you could book an Airbnb and your host would take you to a nice restaurants or to a party or even give you recommendations on what to do that weekend,” said La Mesa.

“What we’re trying to do with Trips is just create a platform so that anyone can do this. Not just those who have a home on Airbnb, but maybe people that have a passion maybe for food, or for music, and they just want to share it with people travelling to their cities.”

This news comes at an interesting time for the company, as its place in Canada’s rentals industry is evaluated by municipal officials across the country. Not only are the regulations being reviewed by the city of Toronto as complaints from city landlords continue to crop up, but other cities like Vancouver and Montreal are seeing developments as well. 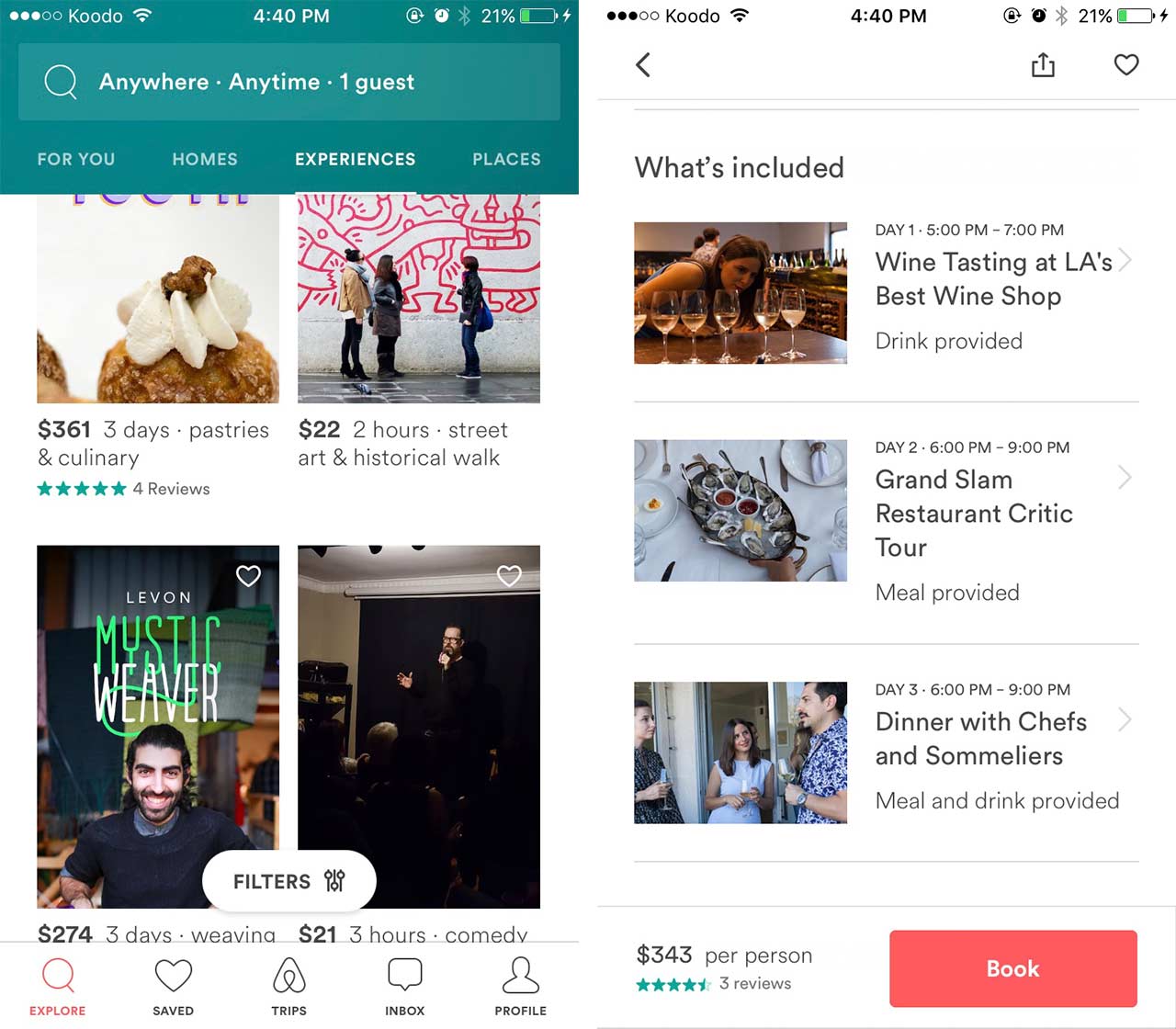 It’s unclear right now how legislation surrounding short term rentals will evolve over the course of this year, and Airbnb declined to comment on how it could affect the roll-out of new features like Trips.

Those who want to use this feature will need to go through a vetting process run by Airbnb, which includes a series of questions and sometimes a face-to-face meeting. The questions will screen for qualifications, interest, and safety.

“Building a marketplace requires the highest possible quality. We have what we call the Airbnb vetting protocol, which means that every single host that signs up need to go through a series of questions online and in some case interacting with the team directly so we can understand what kind of service they want to provide, why they think they’re qualified to give that experience, and also if we think there’s a safety concern we can also just go deeper and make sure that the experience is not only high quality but obviously safe,” said La Mesa.

The cities included in the initial launch of Trips are Los Angeles, San Francisco, Miami, Detroit, Havana, London, Paris, Florence, Nairobi, Cape Town, Tokyo, and Seoul. While Airbnb has confirmed that the feature will come to Vancouver later this year, it’s unclear when exactly this will take place.