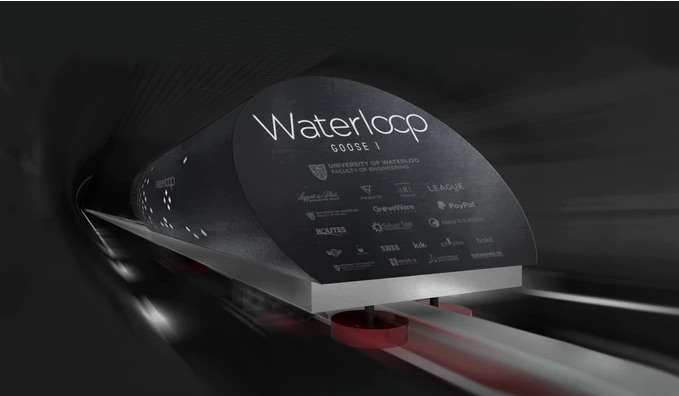 After the date for SpaceX’s International Hyperloop Competition got pushed back from August 2016 to January 2017, the Waterloop team — one of only 22 teams competing — went from focusing on making a pod good enough to compete, to being a serious contender to win.

“Given the timeline, we were trying to be the most realistic in trying to deliver something that worked. We took this gift of time and said, let’s make it better and do the best job we can do now that we have the gift of time,” said Montgomery de Luna, Waterloop’s director of marketing and architectural design.

Earlier this week, the team of 150 University of Waterloo students revealed how they’re taking full advantage of that time after unveiling what they call the world’s first functional pneumatic levitation system for the Hyperloop. de Luna said that, in the past, there have only been unveilings of magnetic levitation systems.

“Now that we’re doing a Kickstarter, we wanted to show our backers a showcase of our work so far and that we’re hard at work on this and we’ll be delivering a pod very soon. We wanted to make a statement that there is a pod coming, and one of the most pivotal parts of it is up and running already,” said de Luna. While this is the culmination of work by an ambitious team of University of Waterloo students, the local tech community has rallied to help out. Kitchener’s Lot 41 is housing the test track facility for Waterloop to test its pod, while companies like Inksmith are helping 3D print lightweight parts for the pod.

“Projects like this are always an exciting moment. There’s already so much attention on the Hyperloop that getting to do one here means we can draw more attention to what’s going on in Waterloo. Already it’s extremely vibrant, with areas like Velocity and Communitech,” said de Luna.

While the team has surpassed its initial $20,000 goal for its Kickstarter, de Luna says that they’re trying to push the campaign to reach $42,000 which will allow the team to fund “all the bells and whistles” to make the pod as fast as possible.

Waterloop will be unveiling its pod, fabricated with its subsystems, later in the year. The SpaceX International Hyperloop Competition takes place between January 27-29, 2017.