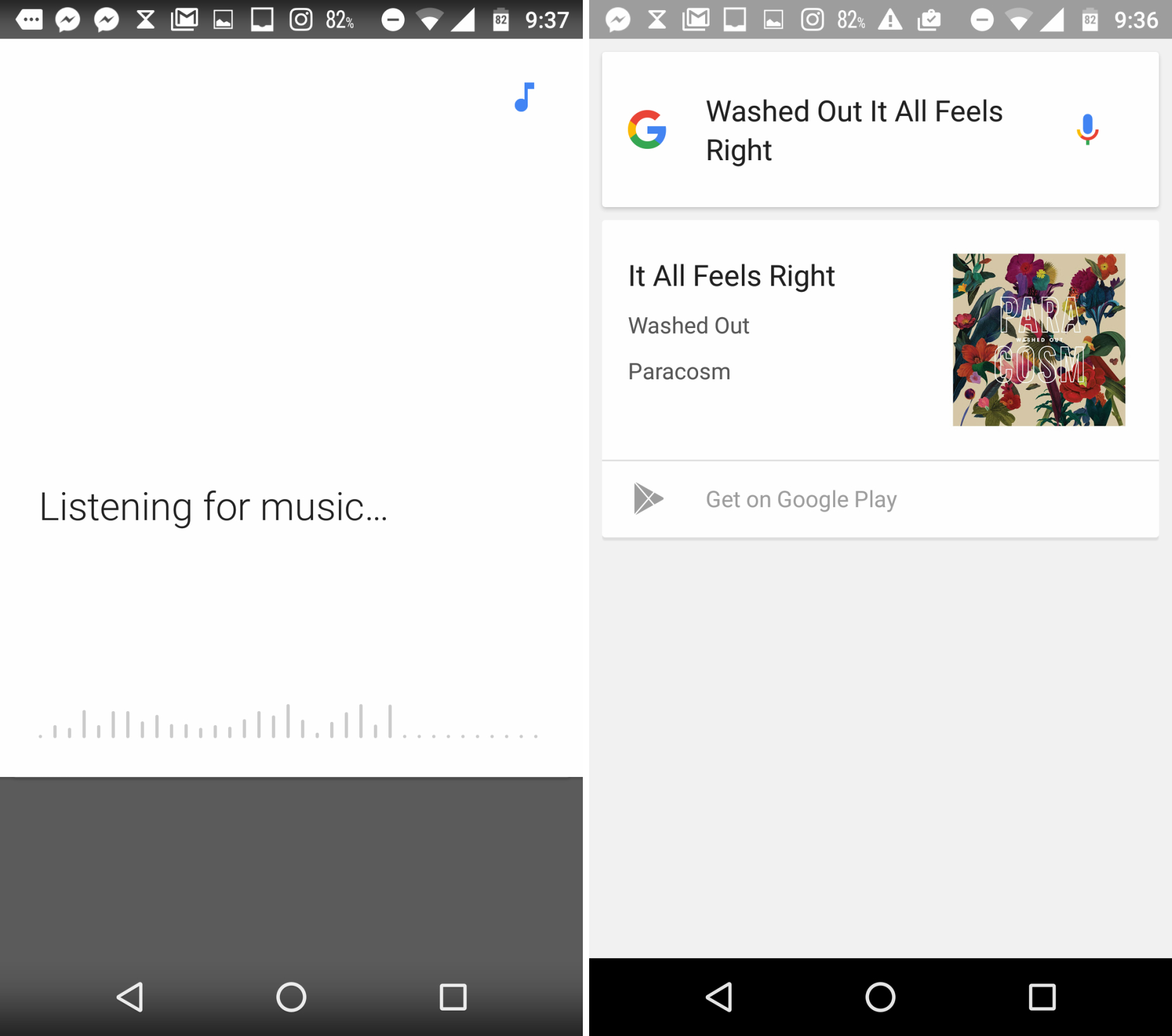 Forget opening Shazam to find out what music you’re listening to, Google Now’s music identification feature now works in Canada, with some MobileSyrup readers reporting that the feature has been available unannounced for several months.

To take advantage of the functionality, Android users with Google Now only need to swipe to the music identification screen and tap the microphone icon, or say “OK Google.” Once the microphone picks up on the fact that it’s listening to music, a music note appears on the bottom righthand section of the display. Simply tap it, and the device will begin listening to the music, process it, and provide an answer.

Many Google Now users might not know of the feature, as the company enabled it without any formal announcement, and typing “what song is this” into Google Now still yields the statement, “Action not supported in your country.”

Google’s dedicated music identifying widget, “Sound Search for Google Play,” is also not yet available in Canada, and the feature doesn’t appear to work through the Google Now app for iOS, either.

The Sound Search widget was first released in October 2013 and was briefly available in Canada before being pulled from the store.

Update: Readers have alerted MobileSyrup in the comments that this feature has been used by some since approximately December 2015. The post has been updated accordingly.

Related reading: Google will release its own smartphone this year, says new report