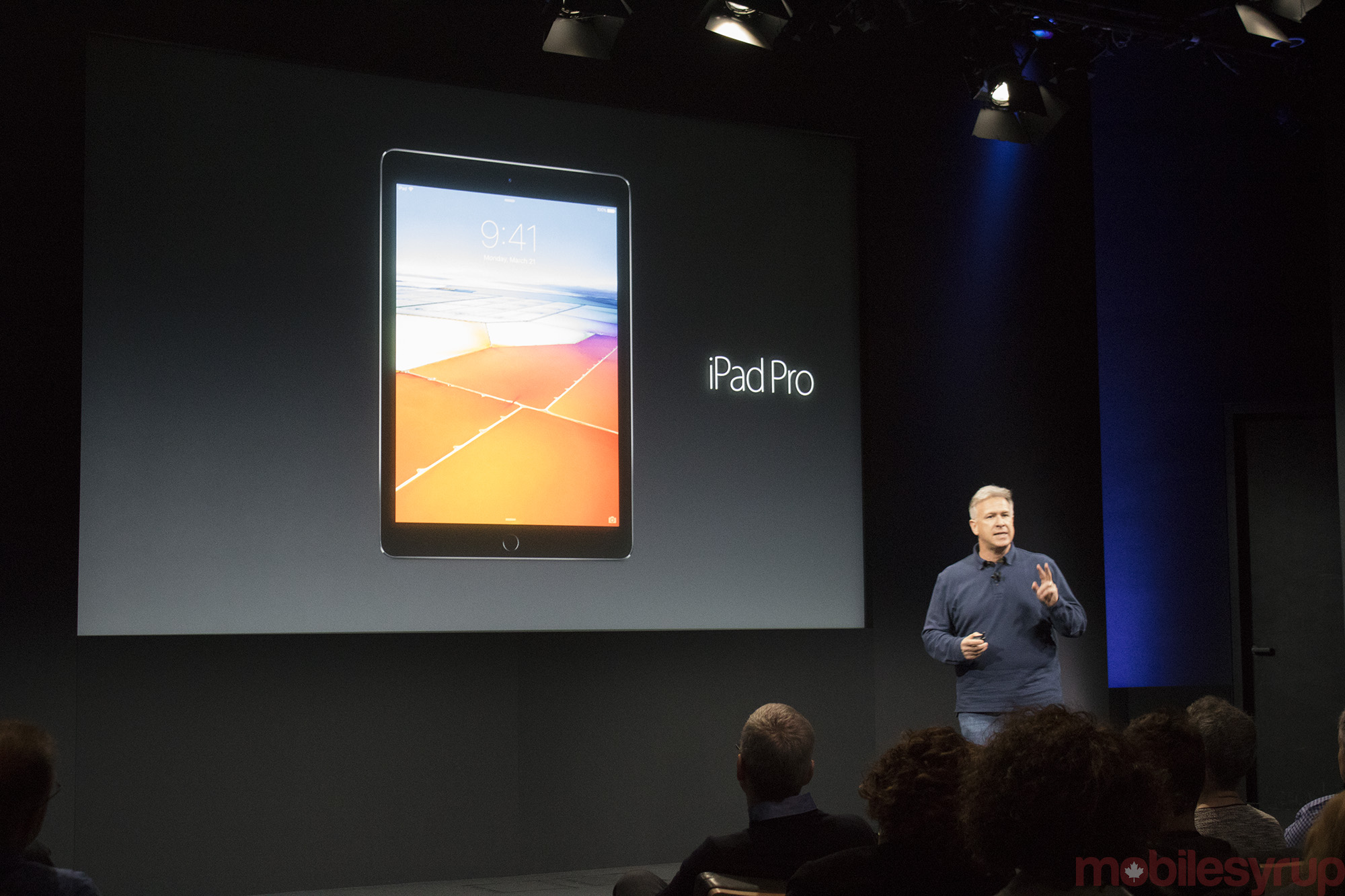 Coming in at 9.7 inches and weighing in under 500 grams, Apple’s Phil Schiller described the company’s new tablet, simply called the iPad Pro, as the perfect upgrade for anyone with one of its older tablets, or for anyone coming from a Windows PC.

Technically the successor to the iPad Air 2, the new iPad Pro 3 features a 2,048 x 1536 display that is 24 percent brighter than the display found on the iPad Air 2. It also has 25 percent better colour saturation, and an adaptive light feature called TrueTone that adapts screen brightness depending on the ambient light around the tablet, as well as the colour temperature of that light.

That said, it features the same A9X processor found in the 13-inch iPad Pro. 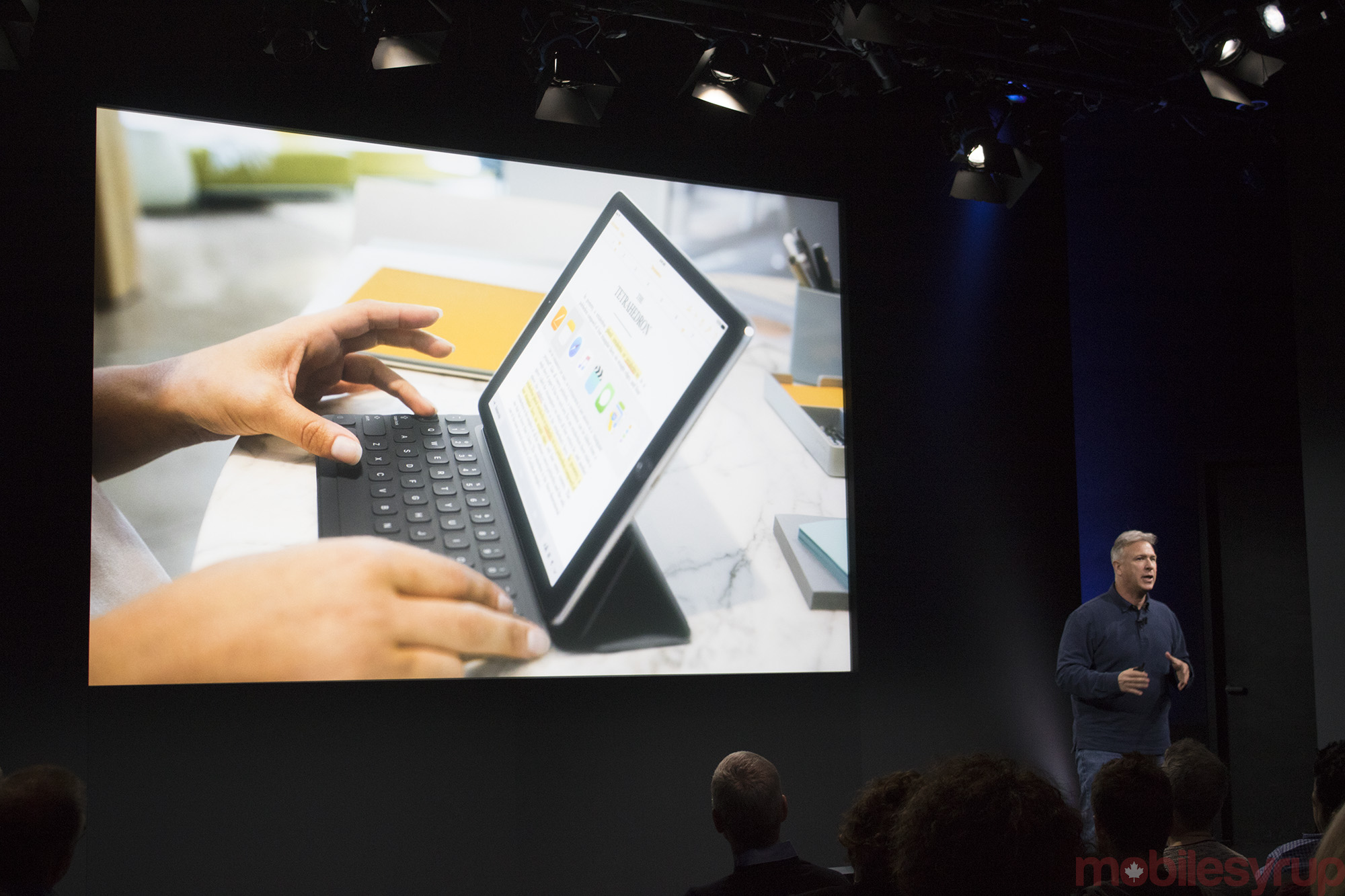 Likewise burrowed from the 13-inch iPad Pro is the four speaker sound system Apple introduced with that device. With iOS 9.3, Apple is adding support for videos with sound encoded with Dolby Digital Plus. Users will also be able to output multichannel audio with one of the company’s Lightning Digital AV Adapters.

The 9.7-inch iPad Pro will be available in Silver, Gold, Space Grey, and — for the first time with one of the company’s tablet devices — Rose Gold. The price of the iPad Pro starts $799 CAD for the 32 GB WiFi model, and climbs to $1199 CAD for 256 GB WiFi model (this is also the first time Apple has released a tablet with a 256 GB option).