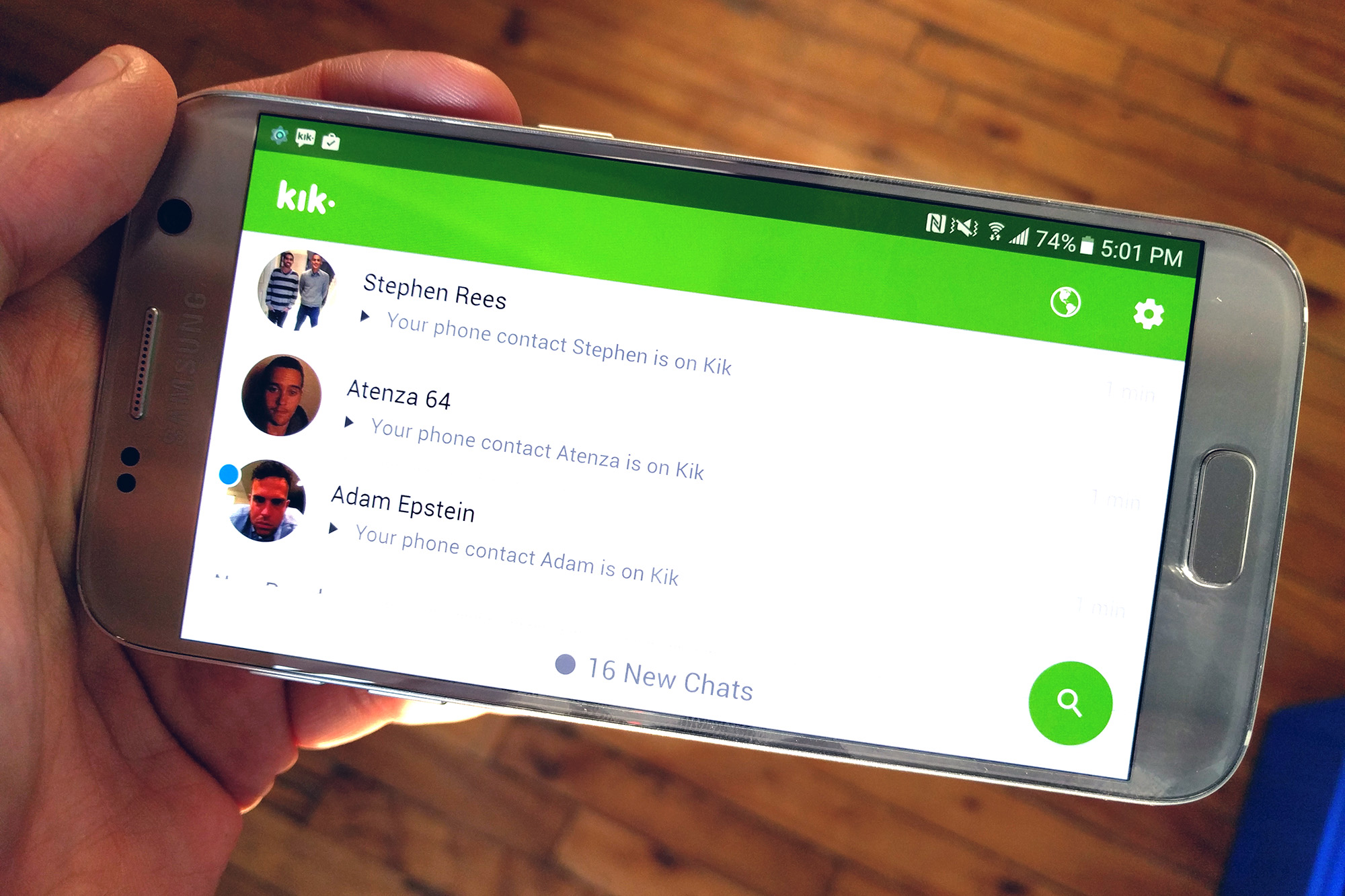 First it was desktop, then mobile, and now, according to Paul Gray, Waterloo-based Kik’s director of platform services, chat app bots are the future of smartphone interaction.

At a presentation on Tuesday at Dx3 2016 in Toronto, Gray discussed why companies like Kik view messaging bots as the future of mobile – a topic the company’s CEO Ted Livingston recently wrote about in a Medium post – placing emphasis on the evolution of AI chat bots that act as digital assistants, as well as lucrative advertising opportunities they create.

“Social networks are great, but they’re not private,” said Gray, explaining why Kik, as well as other messaging apps have grown in popularity over the last few years with teenagers and millennials.”That 16-year-old doesn’t really want aunt Ezmeralda to comment on their boating trip. That isn’t cool,” said Gray. 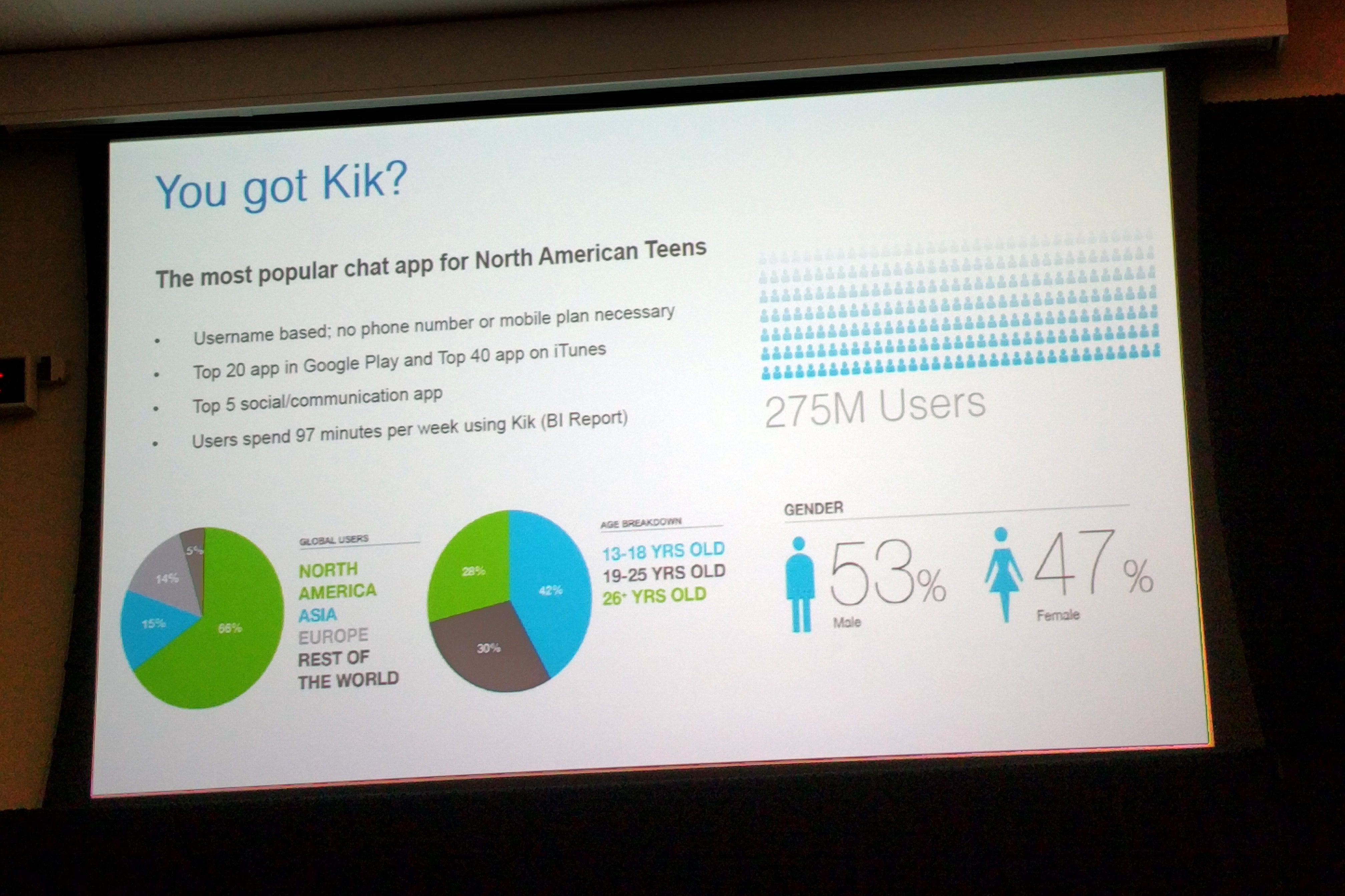 With recent Comscore data indicating that over 50 percent of millennials utilize some form of adblocking software, young people are a difficult demographic for advertisers to reach, and this is a marketing gap Kik hopes to fill, though Gray mentions Kik’s bot efforts are still in early days.

Gray discussed Quartz’s personalized news bot that sends users stories users could be interested in, explaining that this kind of system could easily be implemented via Kik. He also highlighted the platform’s recently launched physical QR code system, that gives users digital access to coupons by scanning a unique QR code Kik calls a Chat Code. 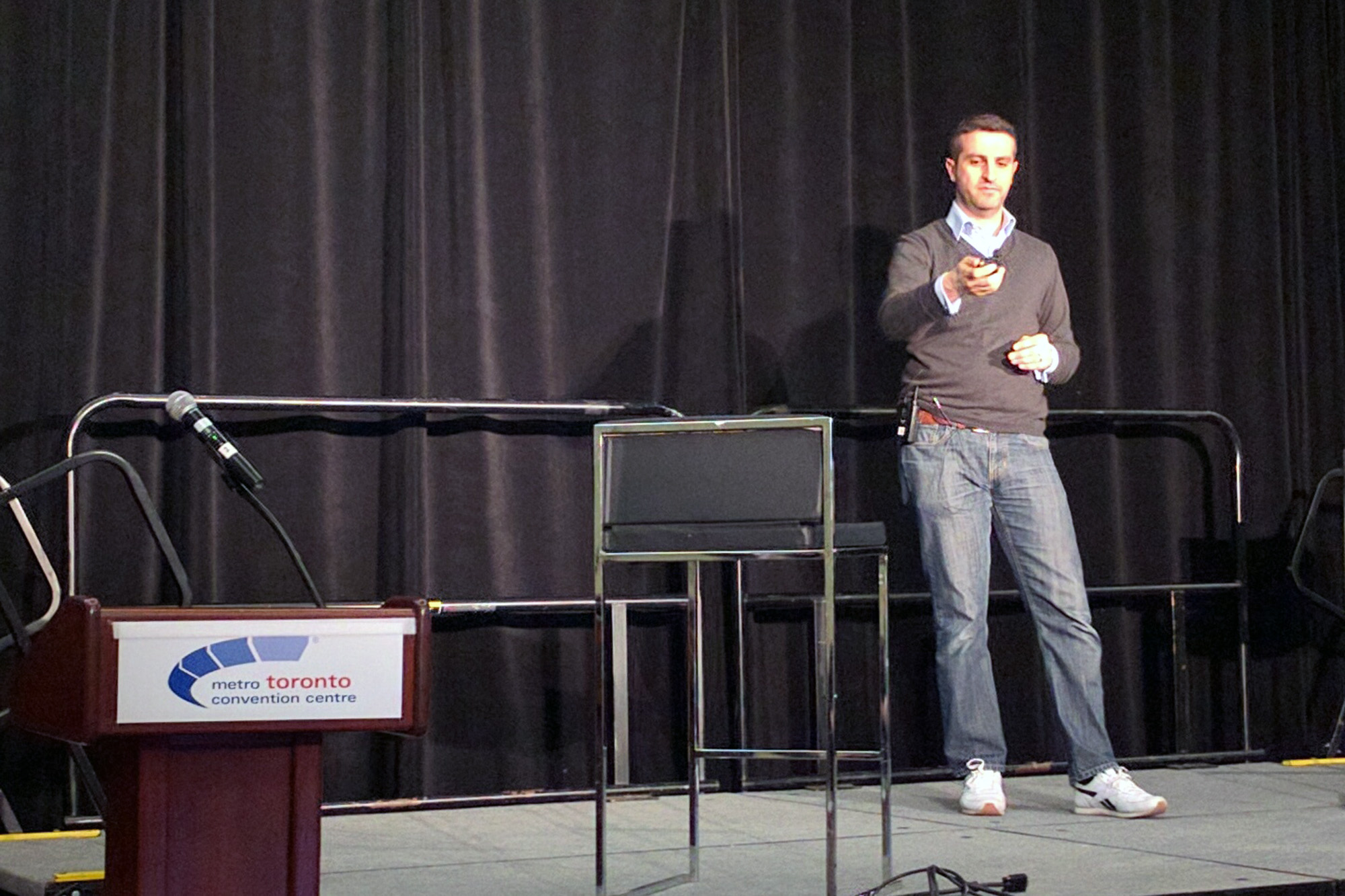 “It’s not about blasting users with stuff, but it’s sort of like hey Paul, I know you were thinking about buying this gift,” said Gray during the presentation.

Other chat bot examples discussed during Gray’s talk focused on chat embedded advertising. For example, Kik partnered with Focus Feature’s Insidious 3 to create a chat bot based on the movie’s main character, Quinn Brenner. In this case, users interacted with Brenner via Kik in a way that’s similar to narrative-focused mobile video games like LifeLine and Spy_Watch, as a text-based side story related to the core movie unfolded within the chat platform. 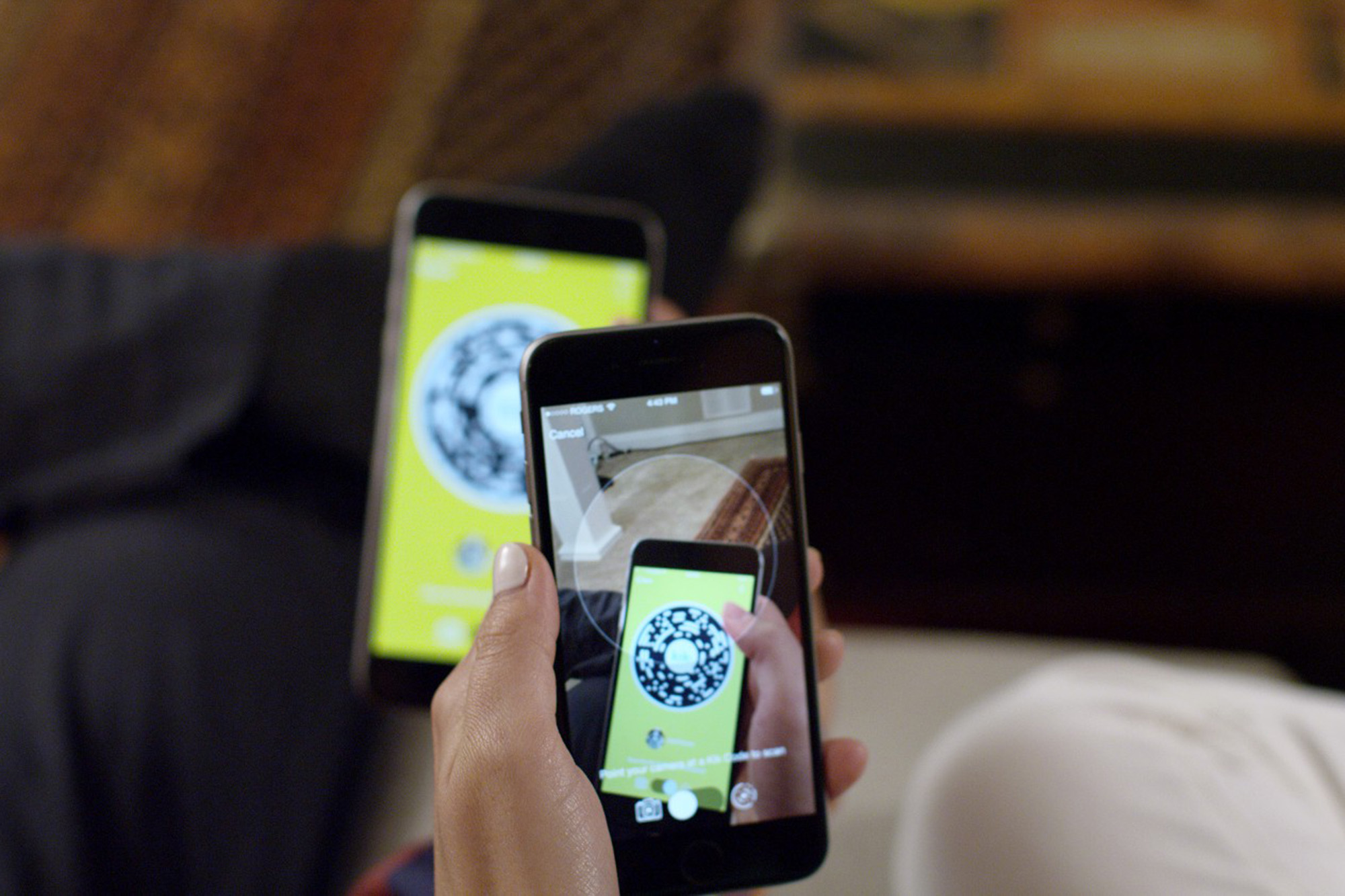 Gray also discussed how advertisers are taking advantage of the private nature of chat platforms to market products. For example, skin cream manufacturer Kiels partnered with chat platform Line to market its products to teens in Japan in a more private way, mentioning that this is the direction Kik hopes its bot-based advertising strategy will move towards. According to Gray, through this partnership Line users are able to talk to a bot that directs them towards the appropriate skin cream based on answers to brief questions the AI asks.

“We’re starting to see a change from an app centric world to a bot centric world. Kik is one of many big messaging apps out there,” said Gray. In the past, Kik has worked with major brands like the Washington Post, Buzzfeed and MTV on bot-based advertising initiatives.

When asked if he views Kik’s audience evolving beyond its current younger demographic, specifically when it comes to its in-app bot advertising, Gray remains optimistic. 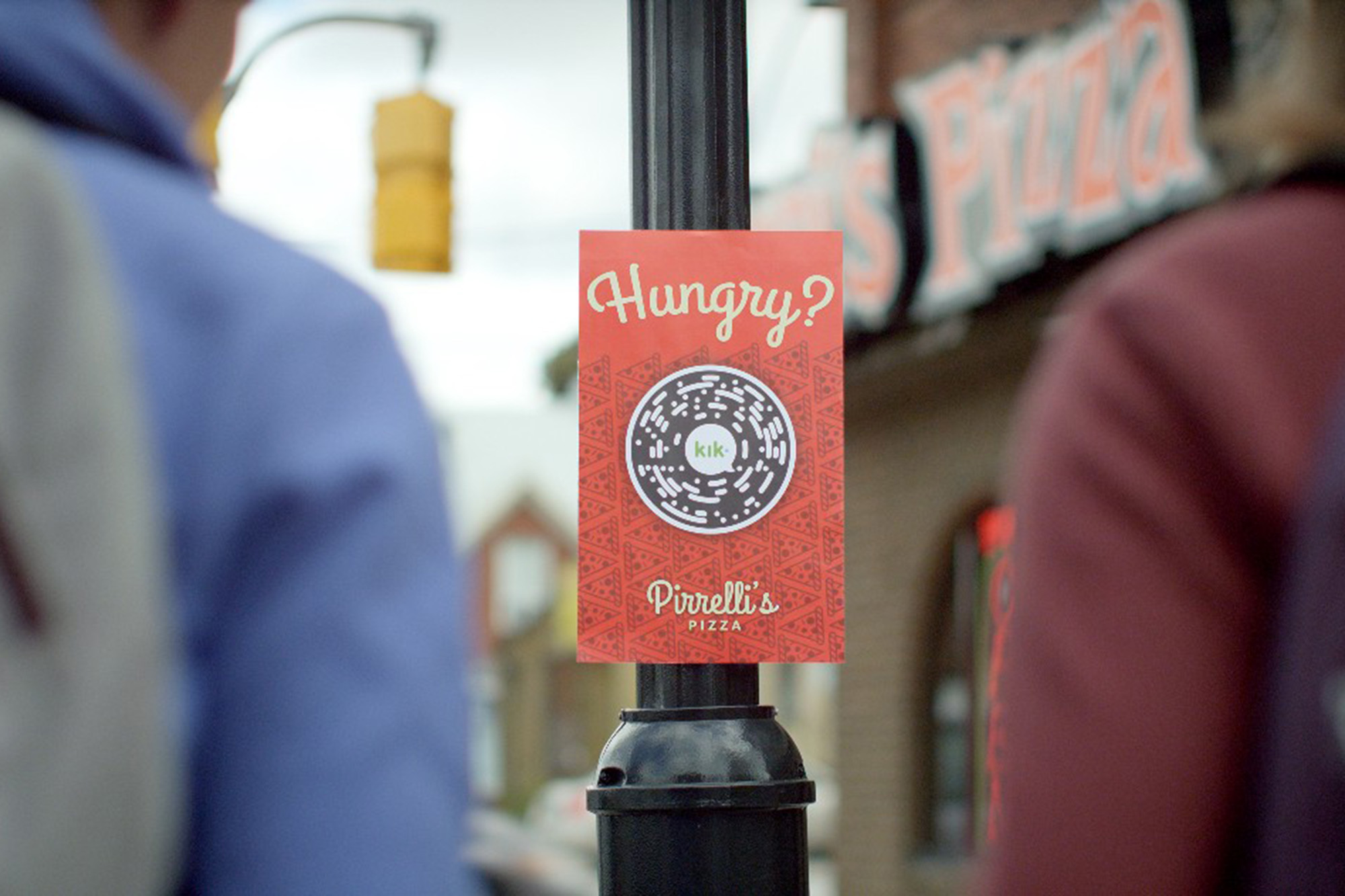 “Bots are popular for younger people. I think partly as those younger people get older themselves we’ll see an expansion. But I think things like Amazon [Amazon’s voice-activated Echo device] will accelerate it,” said Gray.

“Bots are super basic right now. Some companies are taking bets on big fancy AIs, like Facebook and its smart virtual assistant [Facebook M], our approach is simpler and focuses on basic tasks,” said Gray.

Kik reportedly has 275 million users, with its demographic skewing  53 percent male and 47 percent female. Sixty-six percent of the platform’s users are located in North America, 15 percent in Asia, 14 percent in Europe, and 5 percent are distributed across the rest of the world. In terms of age demographic, 42 percent of Kik’s audience is between the ages of 13 and 18, 30 percent between 19 and 25 years old and 28 percent is 26 and over.