Mobile Game of the Week: Catan – Bringing the iconic board game to mobile 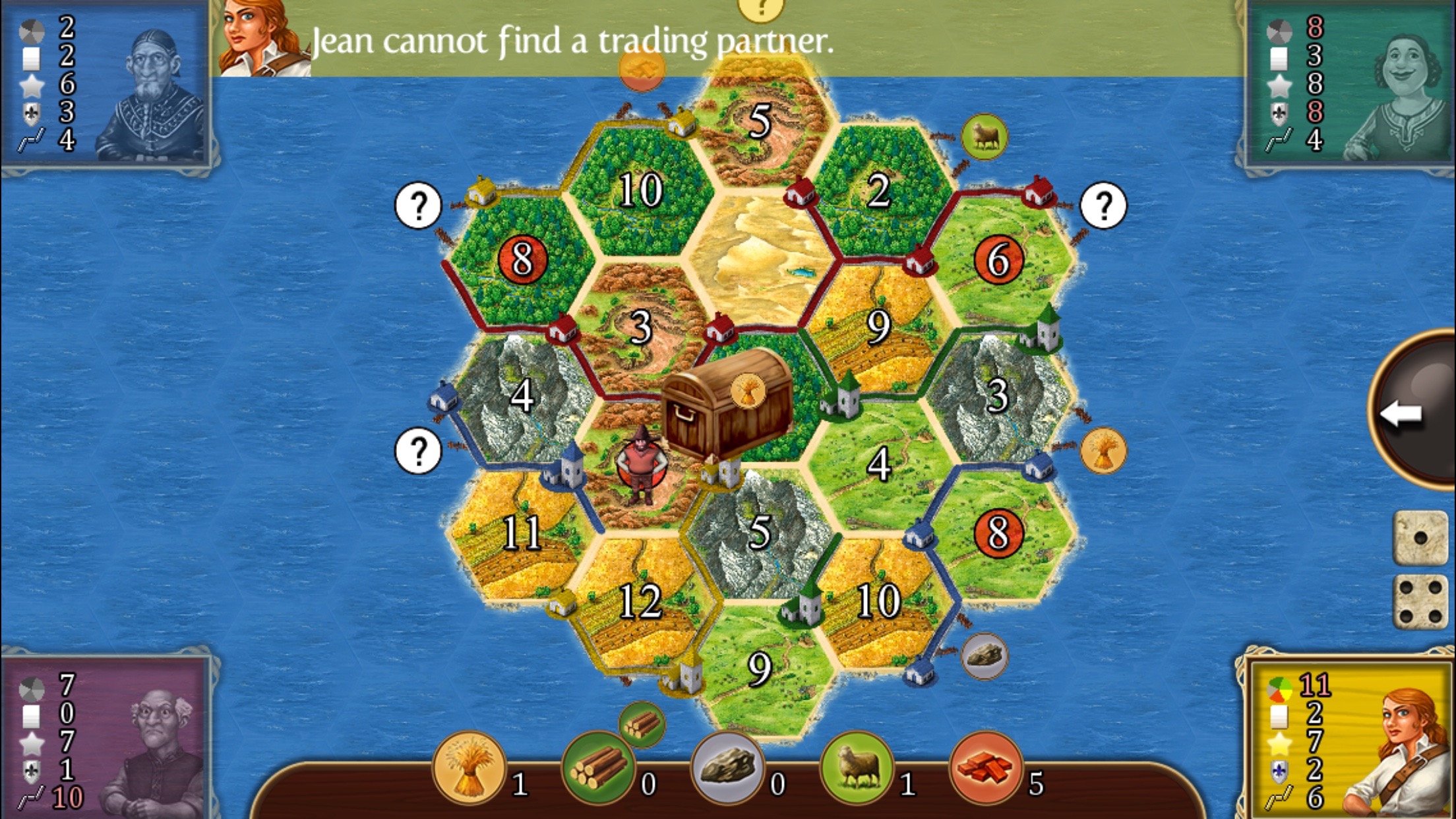 I’m not a fan of most boardgames, but Settlers of Catan has always resonated with me for some reason. It’s likely because the game requires a significant amount of thought to play, but isn’t overly complicated and exhaustively hard to understand.

Unfortunately for me, however, I find it difficult to get a group of friends together who are actually willing to play the physical board game. This is where the digital mobile version of Settlers of Catan, called simply Catan, comes into play.

On my recent 10 hour plane ride home from Mobile World Congress 2016 in Barcelona, Spain, I spent a signifiant amount of time trading wheat, wood, sheep, stone and bricks with frugal AI opponents, who despite me repeatedly turning down their trades, repeatedly requested the same transactions (just like your friends probably do in the real world).

Released way back in 2009, but still just as compelling as it was when it initially landed on the iOS and Google Play Store, Catan is a faithful reproduction of its board game counterpart, which was first published in Germany back in 1995. The game is typically played with up to four players (unless you purchase expansion packs, some of which are available in the iOS version of the game), on a board of 19 hex tiles that create your play space. 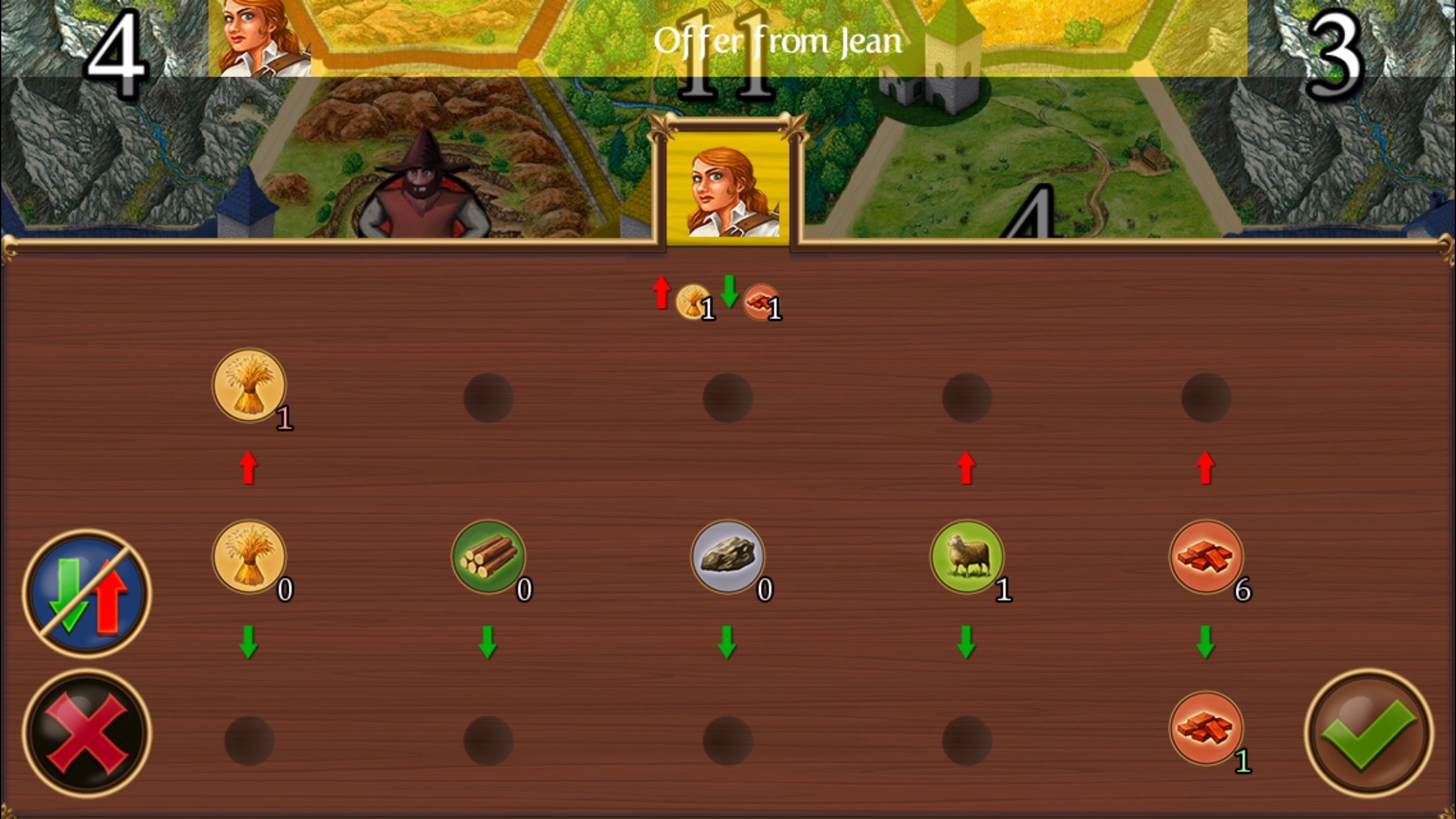 Players build settlements, cities and roads and are tasked with gathering resources in order to win the game by collecting victory points.

The mobile version of Catan features a remarkably informative tutorial designed to introduce new players to the game, which is a great addition to the series since playing the game for the first time can be an intimidating experience. 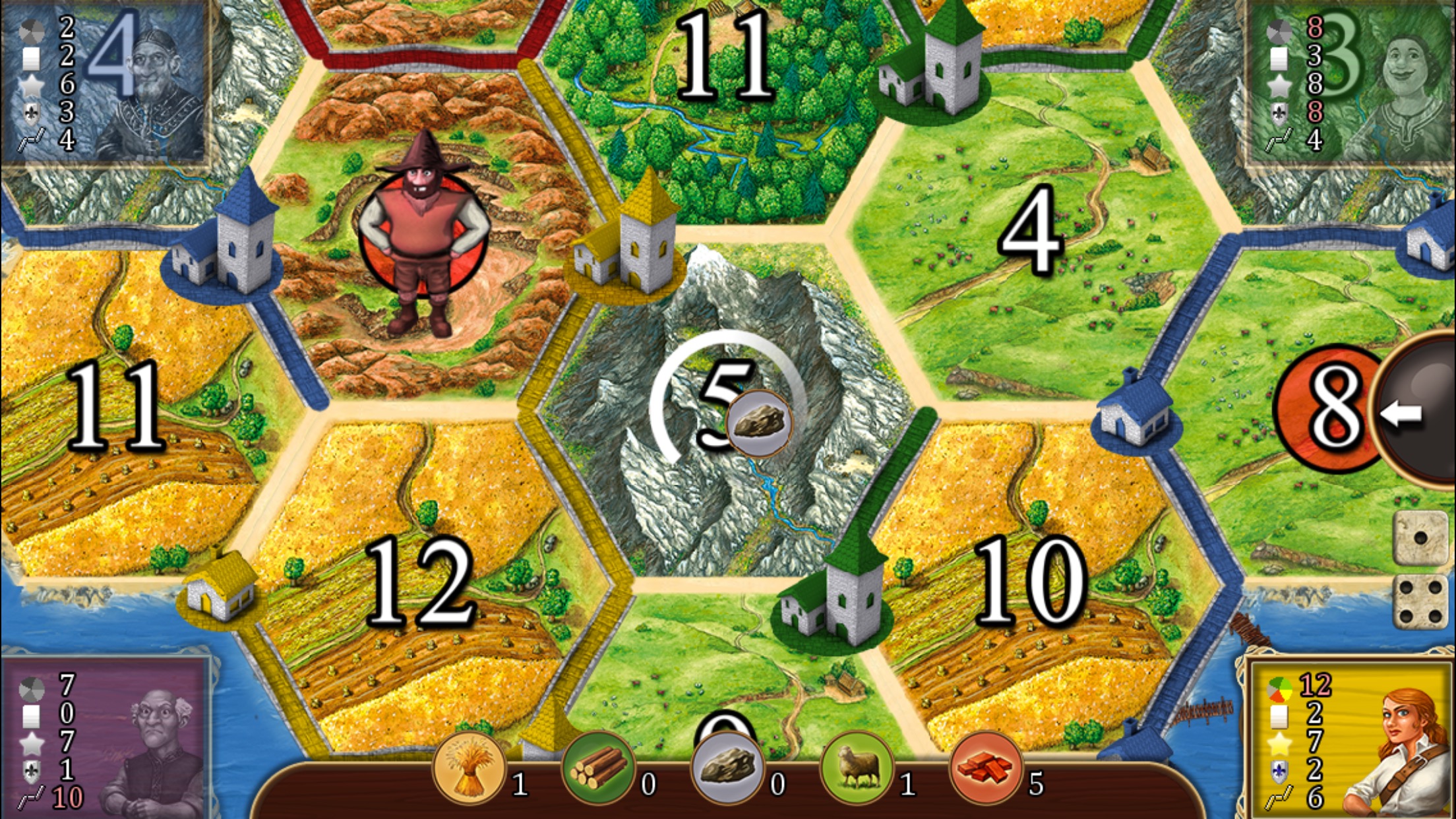 While Catan’s controls aren’t always perfect (sometimes screen presses feel inaccurate, both on Android and iOS), its graphical style is sleek, breaking the board game into an easy to understand digital experience with the help of simple visual cues.

As a bonus, Catan is also playable online against both strangers as well as friends. Additionally,  the game features pass and play, a rarity in the world of mobile games, allowing multiple players to share one phone for a multiplayer game of Catan.

Few board game-to-mobile titles are worth checking out, but this one certainly is.