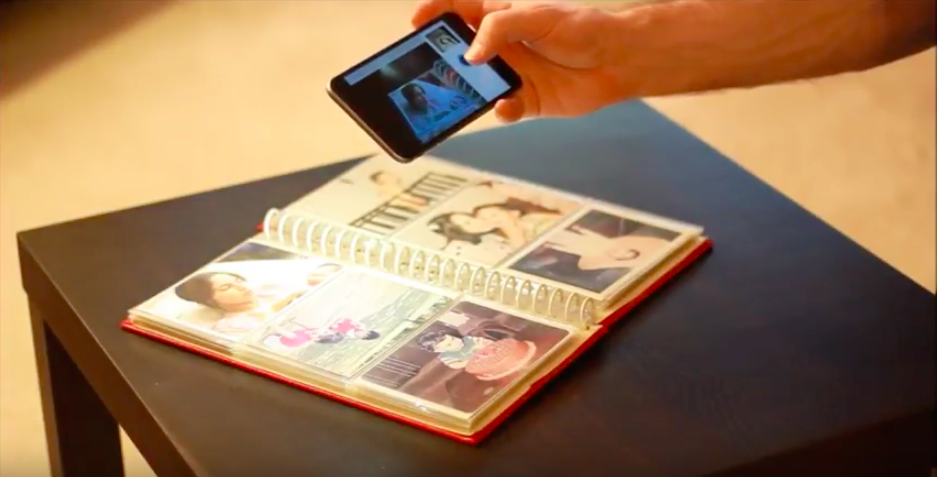 I was an early adopter of digital scanners to start converting my family’s old photo albums and personal travel images into something I could view on my computer – over a decade ago.

After some initial elation at the possibilities, the problem soon became clear: scanners sucked. At 30 seconds or more per scan, plus the time it took to take the image out of its plastic cover and center the photo just right, it was going to take forever.

Even worse, the digital version always seemed to lack something in quality – most of the time, with too much glare. And so, my passion project would wait for a time when technology could make for a substantially less annoying experience.

Vancouver-based startup Sepio has thrown itself into the photo-digitizing game with gusto this month — and finally it seems there’s a solution that the digital elite and regular folks can actually use. With their initial launch at TED Vancouver through gift-bag online invites to 3,000 early users, the company has come full-circle in a way. Sepio co-founder Ali Kashani noted that it was back in 2013, as he was attending a TED conference, when the company got its start.

“I was thinking about my next startup, realizing I wanted it to be something that matters when I stand up in front of this crowd,” he said. “The initial idea was presented by a mentor in the Valley that we really respect.

He mentioned it because he has a lot of old photos. That was part of the appeal. It’s so easy to present this idea in 10 seconds because everyone relates to it. Even if you are 10 years old, there are still analog photos of you.”

There’s already a fair bit of competition in this space from other apps that let you scan images instantly from your phone. Those competitors tend to advertise ease of use, social sharing capability, and the speed factor – but Sepio seems to be differentiating itself in terms of quality. “In the blind tests we’ve done, users pick our photos 70 percent of the time over scanners and over 95 percent of the time over other apps,” said co-founder Steve Jones. “We’re the only game in town when it comes to high-quality results.”

While demo-ing the product live, Kashani showed how he could snap a shot from his smartphone of an old, tiny passport photo still underneath plastic, blow it up online and even turn it back into a print version on a sizeable piece of wall art, all without any of the glare or fuzziness you might typically expect from the process.

The co-founders see a big market for their offering, as the technology has finally caught up to the needs of casual consumers. “Historically, the solution for this (which didn’t work optimally) was the scanner, but most people don’t even have a printer anymore,” Jones noted. “It’s quite labor intensive and you can also risk damaging the photo during scanning.

Another way was to mail off family photos, sending a box to get scanned – but very few people trust the postal service with their cherished family memories. This is just an easier, more comfortable option – and for the 3.5 trillion print photos from the 180 years before the digital era, this is the solution.”

This article originally appeared on our sister site BetaKit