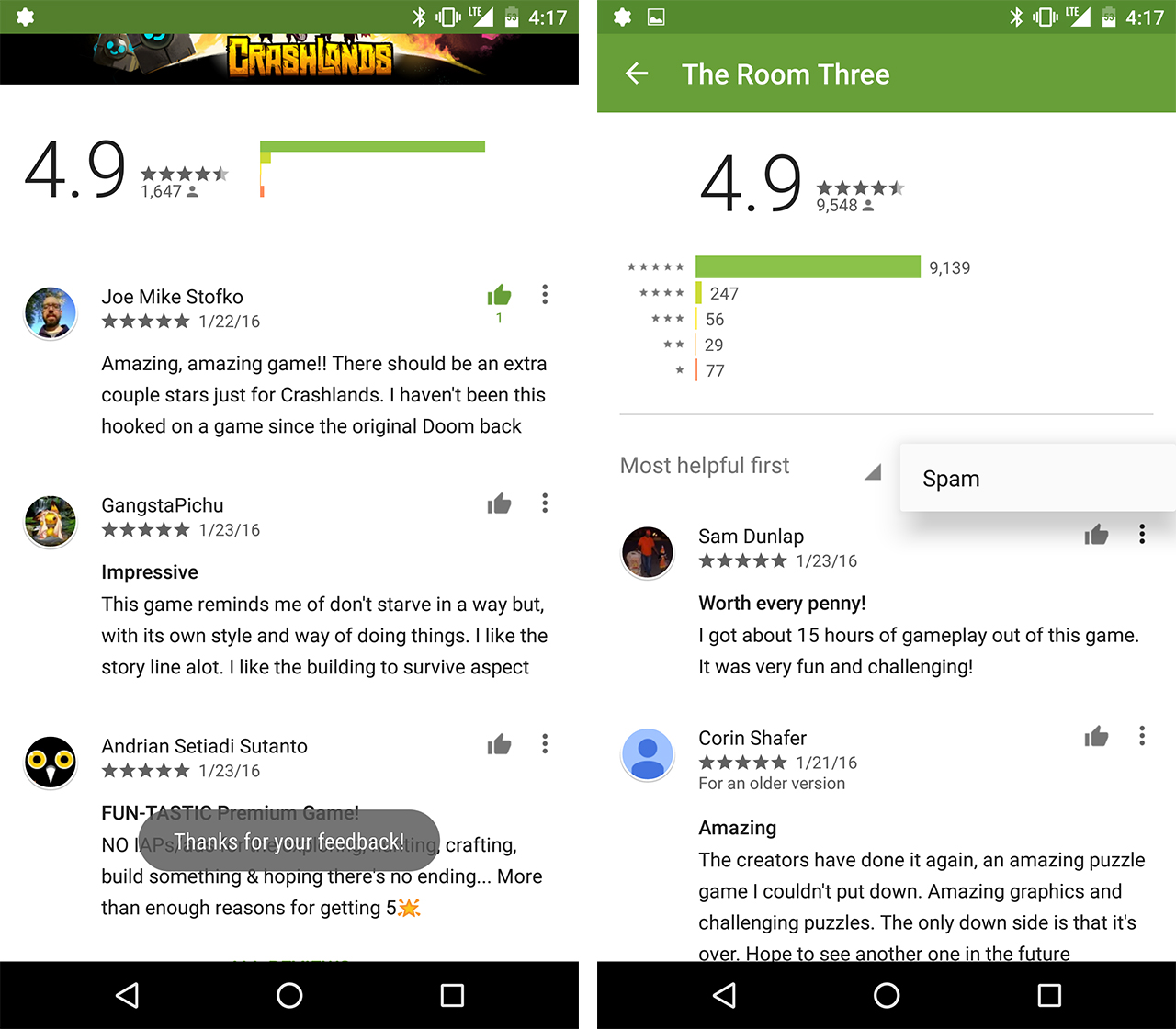 While a relatively minuscule change, Google has snuck a single thumbs-up button into the Google Play Store’s review section, as well as shifted the spam panel down to the side of the storefront’s menu. This new feedback method replaces the Play Store’s previous Reddit-like system that allowed both thumbs up and thumbs down.

The new system allows Google Play users to agree with reviews that echo what they think about an app or game, simplifying the feedback process considerably. The spam flag shifting to the right, effectively makes flagging unwanted content a two-step process for users. This will hopefully result in fewer false flags.

Google also recently added the ability for developers to give away promo codes for their games.