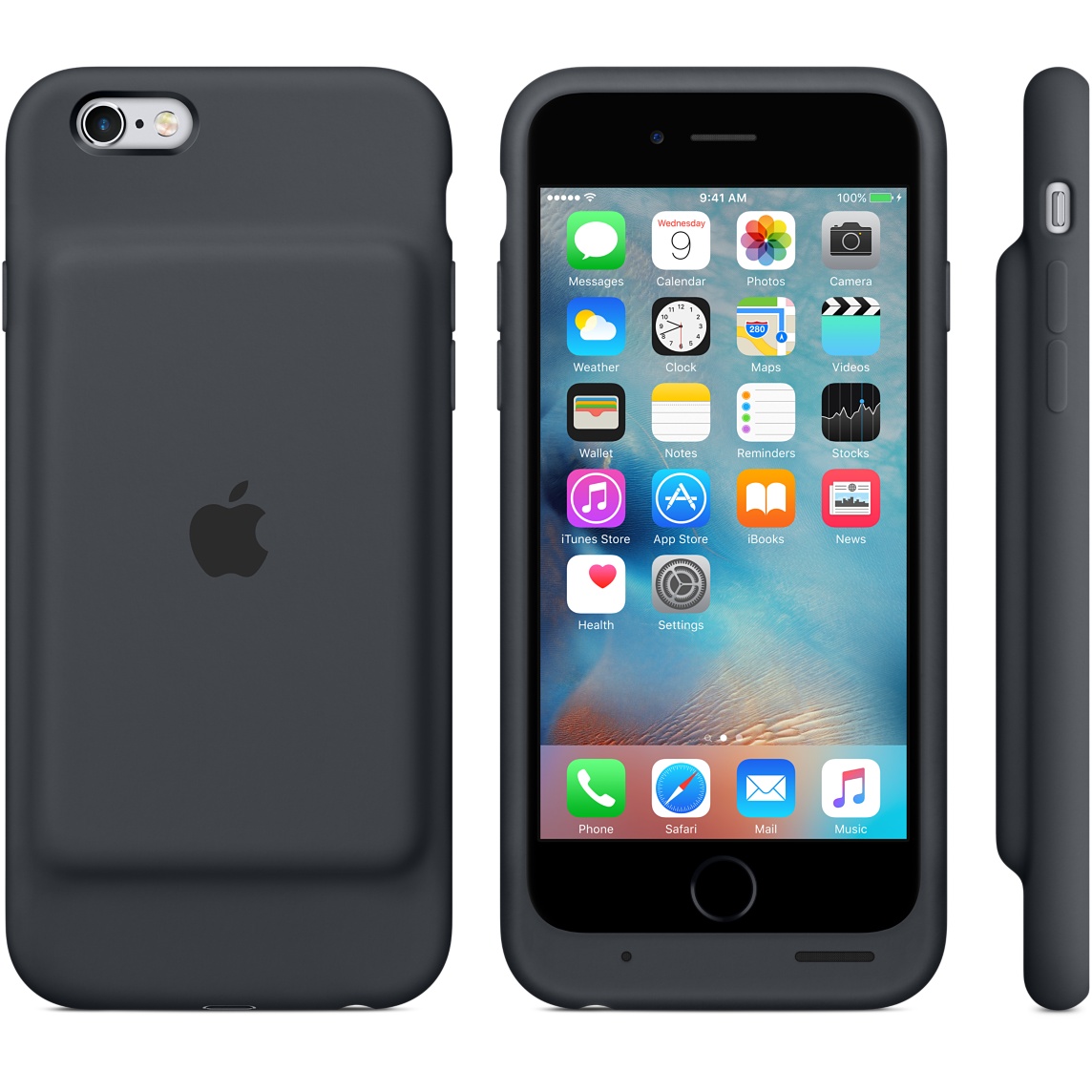 Power users have been complaining for years that the battery in the iPhone just isn’t big enough to get them through a full day. As is often the case with Apple, third parties like Mophie stepped up and have been making cases that contain battery packs for years. Many battery cases made by other manufacturers are even available for sale in Apple Stores.

Today, though, Apple has introduced a battery case of its very own. Called the Smart Battery Case, the accessory is available in black and white, and extends the life of your iPhone 6s (no 6s Plus version) up to 18 hours on LTE. You won’t be able to reserve the case for in-store pickup yet, and shipping times are currently at 1-3 business days for the $129 CAD accessory.

The case itself has a relatively unsightly hump on the back housing the battery, but it is designed similarly to Apple’s other cases, and should end up selling well compared to third party offerings. The case charges via Lightning cable, and will display its battery level in the notification centre and on the lock screen.

Given Apple’s typical choice to opt for the ‘naked robotic core’ in their products, and to let accessories fill any niches, it’s interesting to see the company decide to make a battery case of their own.