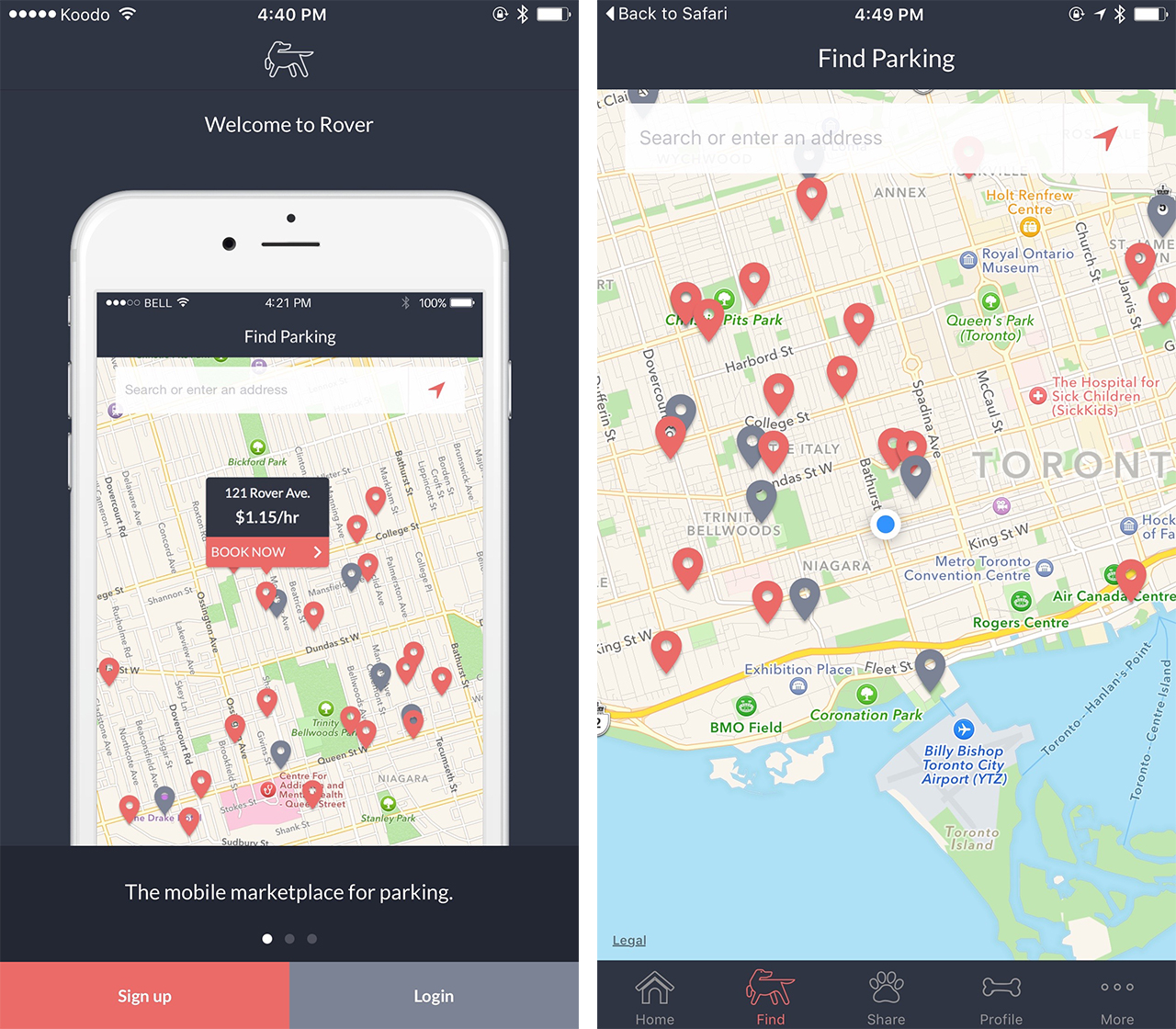 Rover, a startup based in Toronto with ambitions to become the “Uber of parking,” has revealed that it has plans to expand across Canada, ramping up operations in major Canadian cities like Calgary and Montreal.

Rover’s iPhone app allows users to transform their parking spots into shared spaces, letting the owner list his or her parking spot at a rate of $2 per hour. Rover then takes a 30 percent cut of all transactions. While a relatively simple concept, Rover fills much-needed parking space gap in urban areas.

Other disruptive companies like Airbnb, as well as Uber, have run into similar regulator problems in Canada.

Rover reportedly has plans to eventually launch in U.S. cities soon as well.