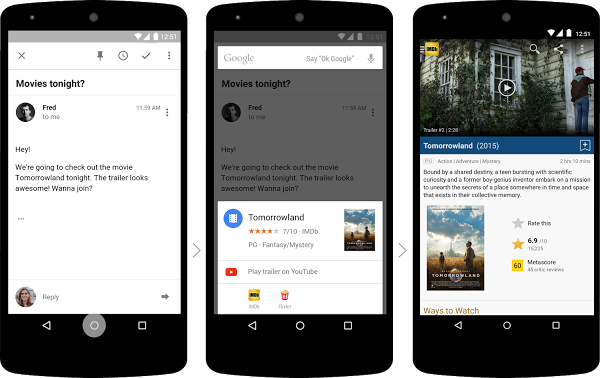 Google has announced the immediate availability of Android 6.0, dubbed Marshmallow, for the Nexus 5, Nexus 6, Nexus 7 (2013), Nexus 9 and Nexus Player.

While the over-the-air updates will begin rolling out in the coming days and weeks, factory images for the new version are now available to download and “sideload” onto existing devices for those who don’t want to wait.

Marshmallow offers a number of new features and improvements to performance for existing Nexus devices, the most notable being Now on Tap, a context-based extension of Google Now that scans the content on one’s screen to provide additional flavour. Along with deep linking, which allows developers to deploy “hooks” deep within their apps, Now on Tap lets you go from texting about ordering a pizza to actually doing so in one or tap clicks. In an interview with MobileSyrup, director of product management for Google Now, Aparna Chennapragada, said that the company is working to expand the scope of the feature, but figured its narrow focus would improve uptake in the short term. 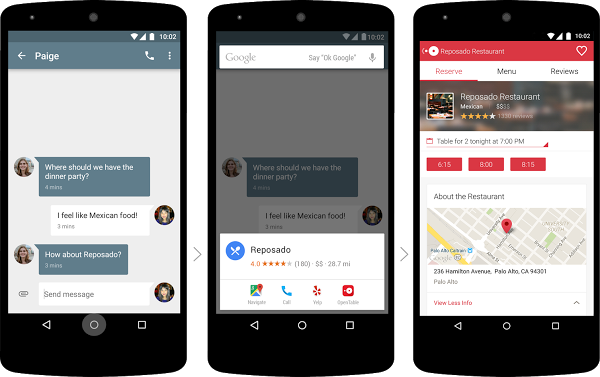 Now on Tap also expands Google’s search parameters, allowing users to ostensibly access the company’s expansive knowledge graph at any time by holding down the virtual home button on any device running Android 6.0 or above. Now on Tap is built into the operating system itself, so like Google Now’s access button today, swiping up from the home button, OEMs cannot disable Now on Tap.

The update improves performance throughout the OS, too, and adds a fingerprint sensor API for devices that support it, allowing third-party developers to add support into their apps.

Factory images of Android 6.0 Marshmallow are now available at Google’s developer page, so get downloading!