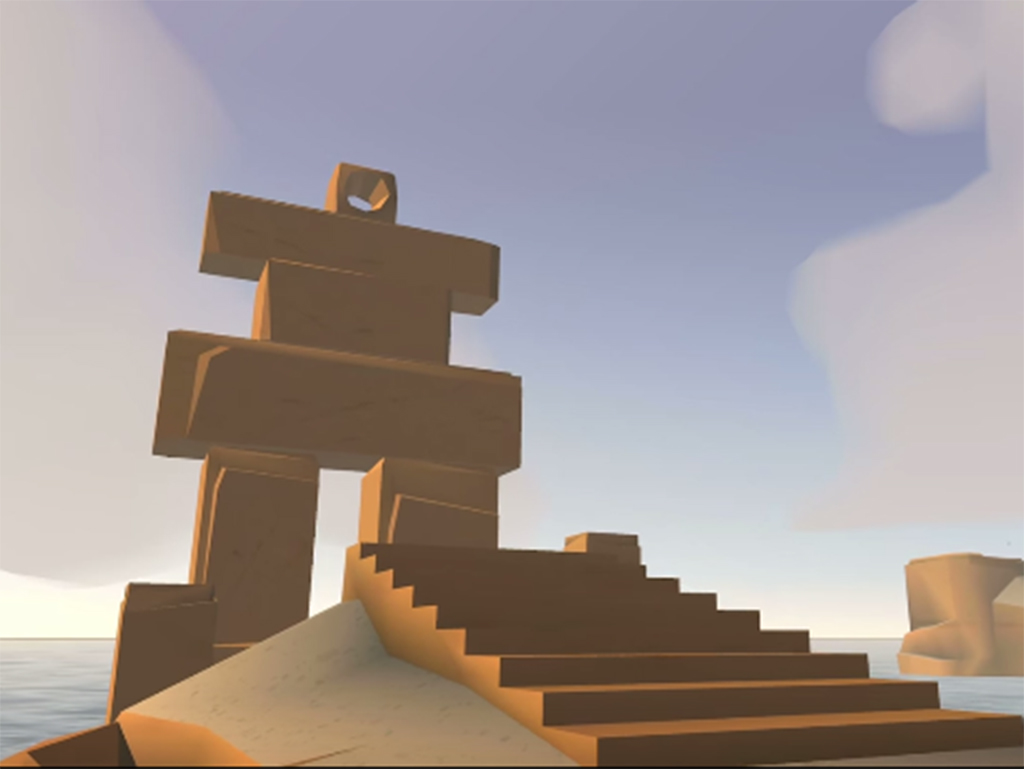 UsTwo Games, the developers behind Monument Valley, one of iOS’ most beautiful and downright mind-bending titles, has finally released information about their next title – a Samsung Gear VR exclusive called Land’s End.

And we won’t have to wait very long for this upcoming title either; its release date is set for October 30th.

A brief trailer of the game has also been released, and it seems UsTwo’s upcoming title will focus on tasking the player with “awakening a lost civilization.”  Visually, while Lands End adopts a different perspective, the DNA of Monument Valley’s stripped down, minimalistic visual side is still present in UsTwo’s upcoming title.

The game takes advantage of a muted colour pallet, stylized visuals, and at least as far as the trailer is concerned, aims to evoke the same zen-like sensation Monument Valley often managed to from its players.