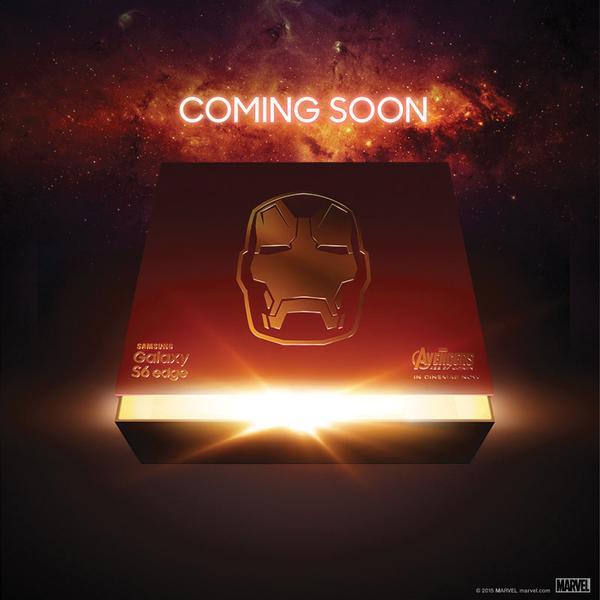 Two weeks after release, Avengers: Age of Ultron is already the 13th highest grossing film in human history, and if Marvel and Samsung have anything to say about the matter, hype for the movie won’t die down anytime soon.

Samsung released a teaser image on its worldwide Twitter account that shows a box with Iron Man’s mask and a non-descriptive “Coming Soon”, confirming that the long rumoured Iron Man special edition Galaxy S6 Edge will be released in the near future.

That said, the company has yet to announce when the device will be released, how much it will cost when it becomes available or, most importantly, whether Canadians will be able to buy the phone.

On another note, the handsome likeness of Robert Downey Jr is nowhere to be seen, though that might have to do something with the fact that he’s been busy peddling HTC’s phones.

As for what the phone will look like, garish amounts of red and gold are likely a good bet.

We’ll have more on the phone when Samsung releases additional details.