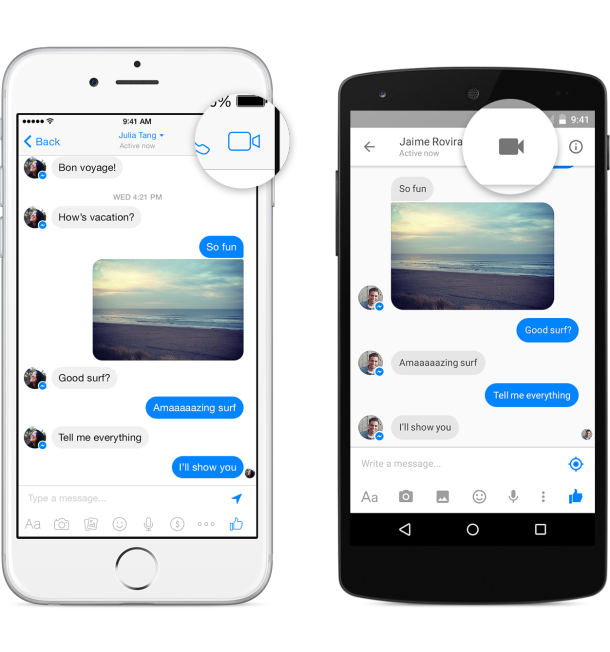 Taking advantage of this new feature, which is already live in Canada, is simple enough. When chatting with a contact there’s a video camera icon that will appear on the top right of the app’s interface. Clicking on the icon will start a video conversation.

One advantage to Facebook’s implementation of video calling is that, unlike competing services like FaceTime, iOS and Android users can talk to one another.

Video calling through Facebook Messenger is available in Canada and 17 other countries. The company says the service will roll out to other locales in the coming months.

If Facebook Messenger hasn’t already been updated, the update can be obtained through the App Store or Play Store.