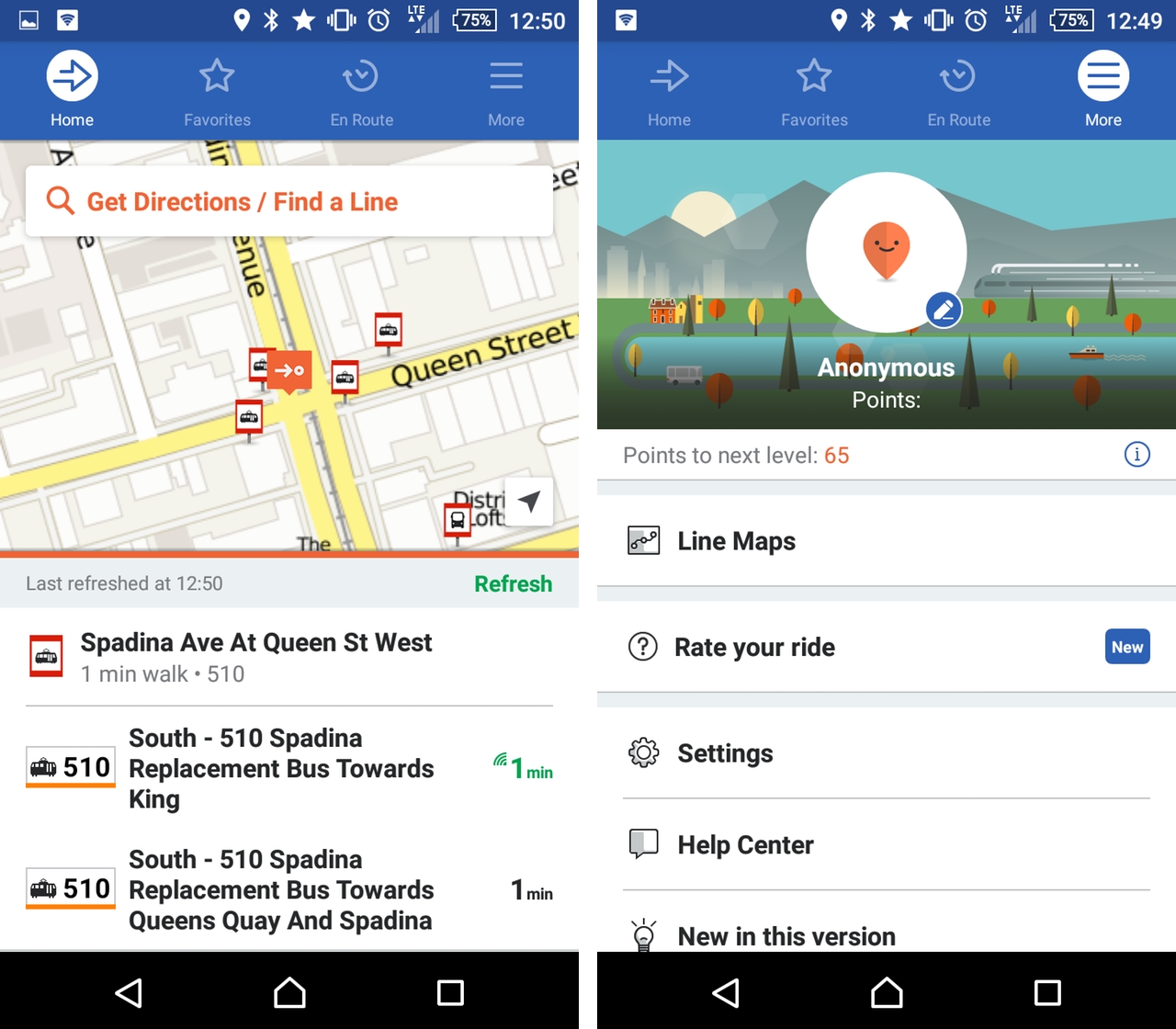 A few years ago, Google created the OmniBox, an area in its Chrome browser to enter both search terms and URLs. It has since expanded, as has the search results, to include contextual information that make the process of searching about throwing down a piece of information and having the algorithms do all the work behind the scenes.

Now, Moovit, a social transit app that we’ve written about before, has implemented the same idea in its new Android app (iOS coming soon). OmniSearch is the area in the app to write anything pertaining to transit, and the backend interprets the input and spits out relevant information.

Moovit, which raised $50 million in January, has completely redesigned its app after users complained it was confusing to navigate and didn’t match with the aesthetics of the platforms it supported. While the iOS update to version 4.0 is yet to be released, the Android app adheres more closely, at least on a nominal level, with material design, and the company says more improvements are on the way.

The app is broken down into four sections: Home; Favourites; En Route; and More. The first, like Transit App, shows the closest transit stops, and breaks them down into various types, like subway, streetcar, bus, tram, etc. Favorites obviously provides quick access to often-used locations. En Route is perhaps the most interesting new addition, as it is meant for users who are already on their way somewhere and perhaps looking for an alternative or faster way of getting there.

Another aspect that separates Moovit, but appears to be somewhat downplayed in this new version, is the community aspect of reporting transit problems. Users can submit stalled buses or out-of-service streetcars in real time and influence the suggestions given to other users as a result. Moovit is also proactive about sending notifications for service disruptions, which, combined with the En Route feature, could potentially shave a good amount of time from a user’s commute.