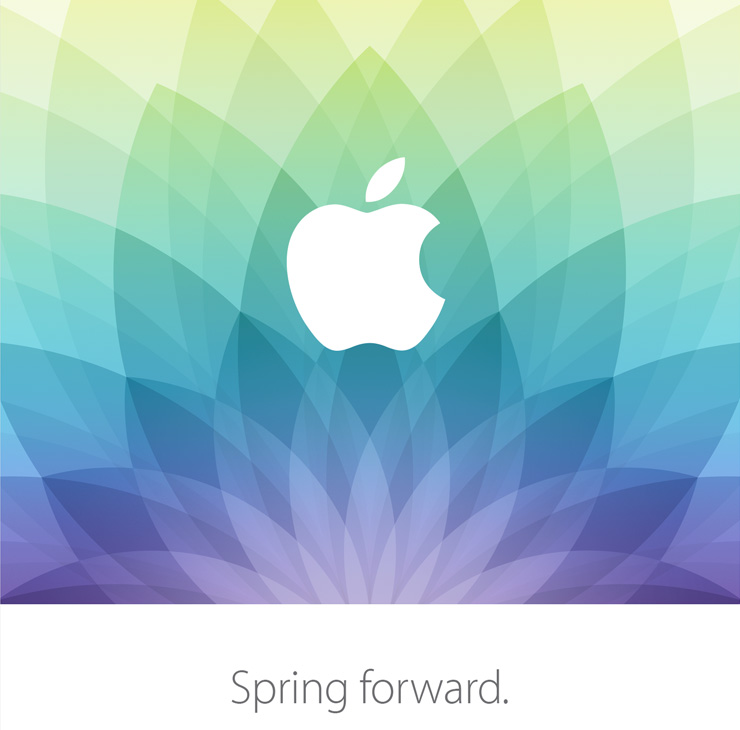 When Apple previewed its smartwatch in September and promised more information closer to launch, we knew that meant a dedicated Apple Watch event sometime in the spring. Tim Cook said in January that the Apple Watch would arrive in mid-April and we’ve been watching our inboxes for an invite ever since.

Apple this morning sent out invitations for a “spring forward” event scheduled for March 9th in San Francisco. Though, as per usual, the invitation gives nothing away, this is presumed to be the official unveiling of the Apple Watch. The event kicks off at the Yerba Buena Center for the Arts, which Apple has used for numerous events in the past.

Of course, the timing of this announcement is impossible to ignore. Just as the tech press prepares for Mobile World Congress in Barcelona, Apple is reminding everyone that it has something new coming down the line, too. The Galaxy S6 is supposed to be coming sometime in April. If that’s true, the launch of Apple Watch will be right on top of Samsung’s newest flagship.

Fresh off the plane from Barcelona, we’ll be heading to San Francisco to see what Apple has got to show us. Stay tuned!