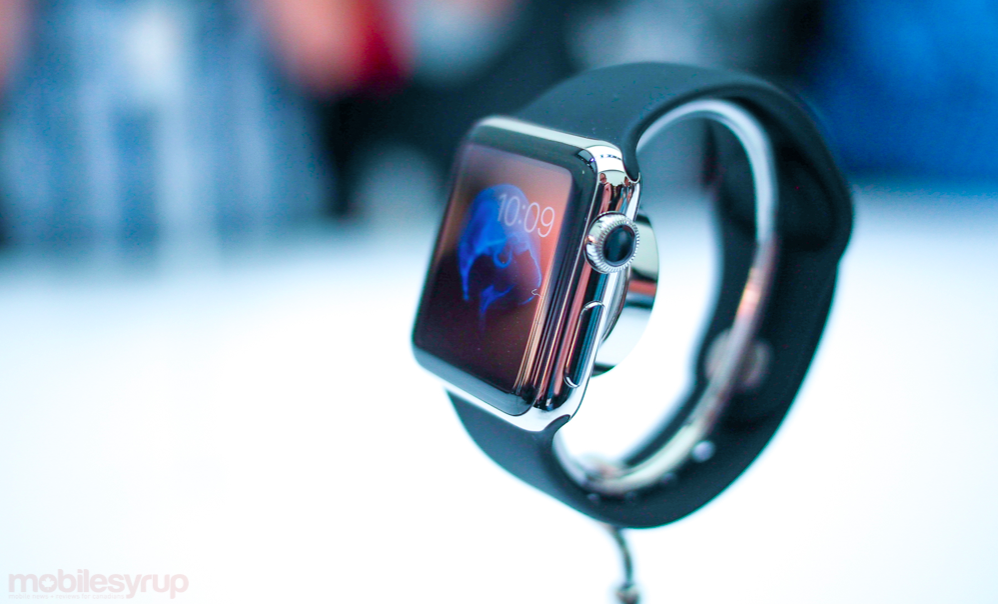 Apple’s Watch is around six to eight weeks away from its big time debut but we still know relatively little about the device. The company has kept information about its first wearable device uncer tight wraps. Beyond what Apple told us at September’s press event, we’ve had to rely on leaks and rumours to satisfy our curiosity. As the launch draws closer, these leaks grow bigger, more frequent, and (hopefully) more accurate.

The latest pertains to the technology powering this little watch. Apple has barely talked about the S1 chip, but 9to5Mac cites sources that say its performance will be almost on par with the A5 chip used in the current generation of iPod touch. What’s more, these same sources say the battery will be on par with many of today’s smartwatch in that it will provide roughly one day of use.

Apparently, Apple wanted to provide up to four hours of active app use or 19 hours of combined active/passive use but it sounds like the company hasn’t been able to squeeze the 19 hours it wanted out of the device. 9to5Mac says that users should still get roughly a day out of use regardless of this because of how little active interaction we’ll have with the watch throughout the day.

Of course, the watch’s battery life will be of particular importance in terms of fitness tracking. If Apple is hoping to appeal to people of all levels of fitness, the Apple Watch needs to have athlete-levels of stamina. According to 9to5Mac, Apple is targeting nearly four hours of straight use when tracking fitness, though it’s not clear if that target has been met.

Perhaps most interesting is that the watch will die sooner if you choose to only display the time and do nothing else. 9to5Mac reports that users “should be able to display its clock face for approximately three hours including watch ticking animations.” It’s not clear if there will be a power-saving mode that will allow you to see some version of the time without drawing excessive amounts of power.

Most implementations of always on in Android Wear devices have seen the watch face dimmed significantly or utilize a power efficient black face. We don’t really know what Apple’s ‘clock face’ mode will look like, but we’re certainly eager to learn more about how it impacts the battery life.

iPhone 11-series use hardware and software to preserve battery longevity

Gold Apple Watch could cost as much as $5,000, will reportedly debut February 14th